The findings were made through detailed measurements of the 2017 Category 5 storm Hurricane Maria, taken from a suite of subsurface oceanographic instruments. The analysis revealed interactions between ocean islands and the hurricane that fed the storm with more and more energy.

Researchers estimate that Hurricane Maria gained up to 65 percent more potential intensity because of the sloping shelf patterns of the island shorelines, which produced currents that strengthened and stabilized the different bands of temperature in the ocean.

“We were surprised to find that the direction of the approaching hurricane winds relative to the coastline kept the ocean surface layer distinctly warmer compared to the colder waters below,” says oceanographer Olivia Cheriton, from the US Geological Survey (USGS).

“This is important because warmer sea surface temperatures provided more energy for the storm.”

Sea-surface temperatures (SSTs) are one of the main factors controlling the energy in a hurricane, and in this case the records showed that waters around the coasts of the battered islands didn’t cool down until at least 11 hours after Hurricane Maria had passed.

The stratification or layering of temperatures plays a big part in cooling rates, because it means warmer and cooler waters don’t mix. The researchers’ data showed how a warm layer of water was kept trapped by rising pressure underneath and strong ocean currents (produced by the hurricane winds) from above.

Underlying ocean temperature changes aren’t currently factored into hurricane model simulations, but the researchers show that these shifts can control both the intensity and the direction of a storm system.

There are thousands of islands in tropical oceans that could be hit by similar sorts of hurricane systems, and the new data – which is of a much higher resolution than recordings made by satellites or buoys – should help produce more accurate forecasts.

“While hurricane research along the US Gulf and East Coasts continues to advance, much less is understood about hurricane interactions with small islands, whose communities are especially vulnerable to hurricane impacts,” says geologist Curt Storlazzi from USGS. 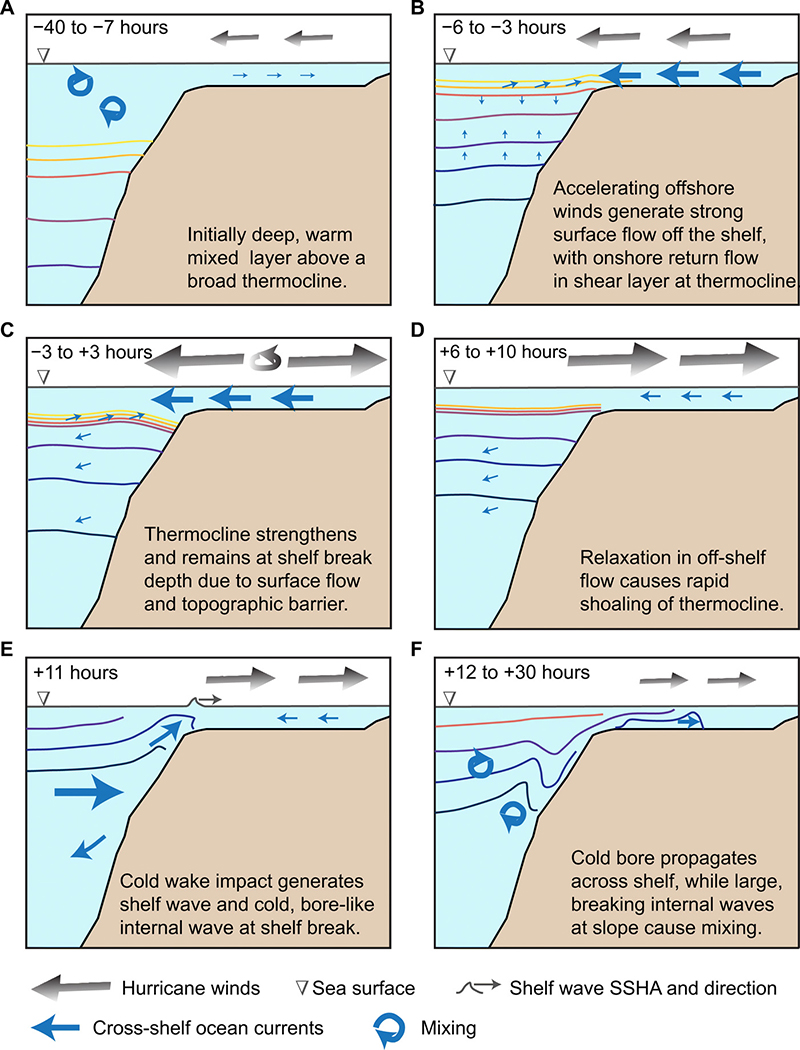 We’re all well aware of the devastating impact of hurricanes, and Maria was responsible for more than 3,000 deaths, more than $90 billion in damage, and the longest blackout the US has ever seen. Improving hurricane forecasting is a crucial part of the work to try and reduce those kinds of impacts.

Human life and critical infrastructure can be better protected if people know what’s coming, and as the planet warms up we’re seeing more hurricanes of greater intensity – so experts need all the data they can get to better understand them.

Interestingly, the array of high-resolution ocean measurement tools that captured all this valuable full-column water temperature data weren’t put in place to measure Hurricane Maria – the instruments were there to study coral reefs around Puerto Rico, until the storm came along.

“We had originally planned to recover the instruments in October 2017, but that all changed after Hurricane Maria,” says geological oceanographer Clark Sherman, from the University of Puerto Rico at Mayagüez.

“It was not until January 2018 that we were able to get back in the water and we weren’t sure what, if anything, would still be there.”

Dogs Can Be Aggressive For Lots of Reasons, And One of Them Is You
Bacteria Can Use Plastic Waste as a Food Source, Which Isn’t as Good as It Sounds
This Species of Carnivorous Plant Evolved Into a Toilet And Is Now Winning at Life
Scientists Have a Plan to Turn Earth Into a Giant Observatory
There’s a ‘Lost City’ Deep in The Ocean, And It’s Unlike Anything We’ve Ever Seen