What makes a species monogamous? New research has uncovered evidence of a universal genetic code that underlies monogamy in vertebrates.

For hundreds of millions of years, animals have been ‘doing it’. But not all of these wild hook-ups represented the same thing – even to animals that look incredibly similar.

Some species, like the furry little prairie vole, are monogamous, opting to do the wild thing only within the defined boundaries of an ongoing, committed relationship. Then there’s the meadow vole. For them, anything goes.

So what gives? Why is there such a pronounced difference between the mating and parenting habits of these almost indistinguishable (for most of us) little voles?

According to new research, the answer looks to be more profound than you might expect.

In essence, it appears a common pattern in animals’ genes turns freewheeling, non-monogamous species into monogamous ones.

“Our study spans 450 million years of evolution, which is how long ago all these species shared a common ancestor,” says first author and evolutionary biologist Rebecca Young from the University of Texas at Austin .

“Most people wouldn’t expect that across 450 million years, transitions to such complex behaviours would happen the same way every time.”

The evolutionary history of monogamy across 10 vertebrate species, and the 24 candidate genes identified (University of Texas at Austin)

Nonetheless, from a high-level genetic perspective, that’s what Young and her team found.

The researchers analysed the brains of male animals from 10 different species, organised in five related pairs, including both a monogamous and a non-monogamous species each time.

In addition to the aforementioned voles, the animals included monogamous and non-monogamous species of mice, birds, frogs, and fish.

When the team examined gene activity across the genomes of these 10 species, they identified 24 candidate genes associated with monogamous mating systems across vertebrates.

In other words, regardless of whether you’ve got scales, fur, or feathers, it’s possible that the same kind of evolutionary pattern in your genes might determine each species’ predisposition to monogamy.

At least, that’s the hypothesis, but what about people? Is our mode of sexuality governed by the same shared neural gene expression patterns?

“We don’t know that,” senior researcher and integrative biologist Hans Hofmann admitted to Science, but “we certainly would speculate that the kind of gene expression patterns … might [show up] in humans as well.” 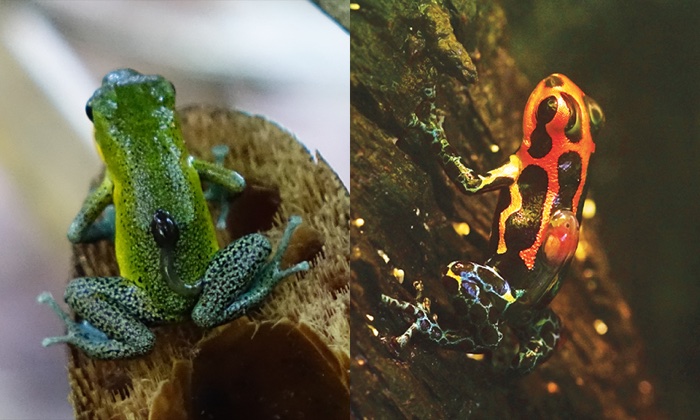 Determining that will fall to future research, but it’s too early to really know for sure whether this shared pattern is truly universal.

Given the researchers only examined 10 different species, all we know for sure is that shared genetic code evolved at least five times during the last 450 million years, as animals branched off into monogamous and non-monogamous variants.

In the species that became monogamous, genes involved with various kinds of cognitive functions – including neural development, synaptic activity, and memory – exhibited heightened expression, while other genes related to gene transcription were down-regulated.

“These differences might indicate increased neural plasticity in the face of tighter transcriptional regulation in monogamous males,” the researchers explain in their paper.

A lot more research will be needed to figure out just what this genetic code for monogamy signifies, and nobody’s suggesting these 24 genes are all that’s responsible for making animals pair up and leave singledom behind.

But as the researchers point out, whatever forces do make animals stick together – whether for life, or just until the end of the mating season – in doing so, they create perhaps as many problems as they solve.

“You have to tolerate another animal next to you for an extended period of time and that is not easy,” Hoffman told The Guardian.

But despite all the fears, threats, and frustrations, nature and monogamy somehow conspire to make it all worth it.

“What evolution came up with is brilliant,” Hoffman said.

“When we enter into a pair bond, or have offspring we must take care of, we find it rewarding. The reward system gets hijacked. It says, ‘Hey, I love this sh*t.'”

Tiny Radioactive Object Goes Missing in Australia, Sparks Urgent Search
This Small Australian Marsupial Is Quite Literally Dying For Sex
AI System Detects Strange Signals of Unknown Origin in Radio Data
The Mysterious Asymmetry of Jupiter’s Asteroids May Finally Be Explained
A Mysterious Whirlpool Appeared Over Hawaii, And It Could Be Because of SpaceX