The air around us carries detectable traces of animals living in our midst, scientists have found, and the discovery stands to revolutionize the way researchers monitor and track populations of vulnerable or endangered species.

In two new studies conducted by separate teams of scientists, researchers discovered that environmental DNA (eDNA) shed by living creatures can be identified thanks to vacuum devices that capture and filter airborne samples in places inhabited by animals.

“We were astonished when we saw the results,” says evolutionary genomics researcher Kristine Bohmann from the University of Copenhagen in Denmark. 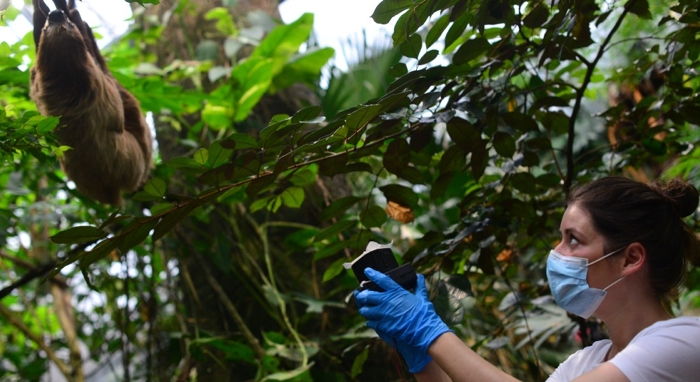 Bohmann’s team, which took their air samples at three different locations in the Copenhagen Zoo, not only detected eDNA from animals living in the facility, but also animals living outside it – and even genetic traces of meat fed to some of the zoo animals, such as chicken and beef.

The technique, as described in a paper led by first author Christina Lynggaard, could pioneer new air-based methods for sampling animal eDNA, which in the past has largely been captured from water or soil.

As to whether atmospheric capture was also possible, the research team was far from sure.

“We did not think that vacuuming animal DNA from air would work,” Bohmann says. “This was high risk, high reward science with the potential to push the boundaries of vertebrate biomonitoring. Clearly the sky is not the limit.”

By coincidence, another team of scientists was independently researching the same thing at about the same time in the UK. 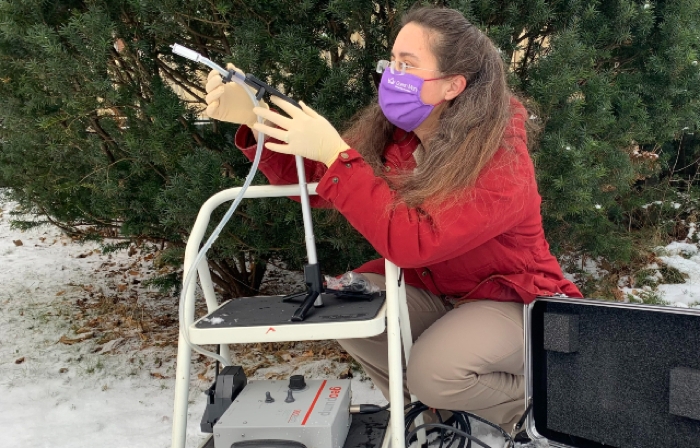 Subsequent sequencing ultimately identified DNA from 25 different species, including a few surprises in the mix.

“We were even able to collect eDNA from animals that were hundreds of meters away from where we were testing without a significant drop in the concentration, and even from outside sealed buildings,” says Clare, who is now affiliated with York University in Canada.

“The animals were inside, but their DNA was escaping.”

It was only after both research efforts were later completed that the two teams realized they had independently co-discovered the same thing, and the scientists welcome the serendipity – as each study validates the other, essentially replicating the findings using similar methods.

That’s important, too, because it supports the idea that conservationists and others in the research community will be able to use these techniques to remotely monitor animal populations in the wild – especially endangered species that can often be difficult to find and track using traditional means of observation, let alone comprehensively over time.

“The crisis of declining biodiversity exceeds our current ability to monitor changes in ecosystems,” Clare’s team writes in their paper.

“If airborne eDNA sampling can be successfully developed, it will have major implications for global terrestrial biomonitoring.”

The researchers acknowledge that more work needs to be done before we can realize and utilize the full potential of capturing airborne eDNA, but this chance co-discovery is nonetheless an encouraging development in some very trying times, even if the vacuum setup seems a little zany.

“This is a bit of a crazy idea,” Clare told NPR. “We are literally sucking DNA out of the sky.”

The findings are reported in Current Biology, here and here.

Fossil-Filled Australian Caves May Be 500,000 Years Older Than We Thought, Study Finds
Bitcoin’s Climate Impact Is Bigger Than Beef Farming – And It’s Only Getting Worse
Experts Estimate The Scale of The Nord Stream Pipelines Methane Leak
Engineers Gave a Car a Pair of Eyes to Make Future Roads Safer For Pedestrians
Ancient Burial of a Young Girl Shows How We Carried Our Babies 10,000 Years Ago