After years of cracking and crumbling, a humongous iceberg finally broke away from Antarctica’s Brunt Ice Shelf last month and began drifting out to sea. Like a retractable skylight, the event gave us a rare glimpse at a previously unreachable seafloor absolutely teeming with life.

For five decades, the ocean below this massive chunk of ice – roughly two times the size of Chicago – has been kept in the shadows. Now, the first rays of sunlight are penetrating the deep, roughly 30 kilometers down (18 miles). A German research vessel that happened to be nearby had a front-row seat.

For several weeks, the icebreaker Polarstern has been waiting for the gale-force winds and dangerous waves to die down so it can circumnavigate this monstrous iceberg. This week, the vessel finally got its chance. The large iceberg that split from the Antarctic ice shelf. (NASA Earth Observatory)

Despite being cloaked in darkness for half a century, the seafloor turned out to be home to a surprising diversity of life in its silty landscape. Towing a camera platform below the ship with a long cable, researchers found many filter feeders and stationary species, including sponges, anemones, sea cucumbers, sea stars, soft corals, mollusks, fish, and squid. 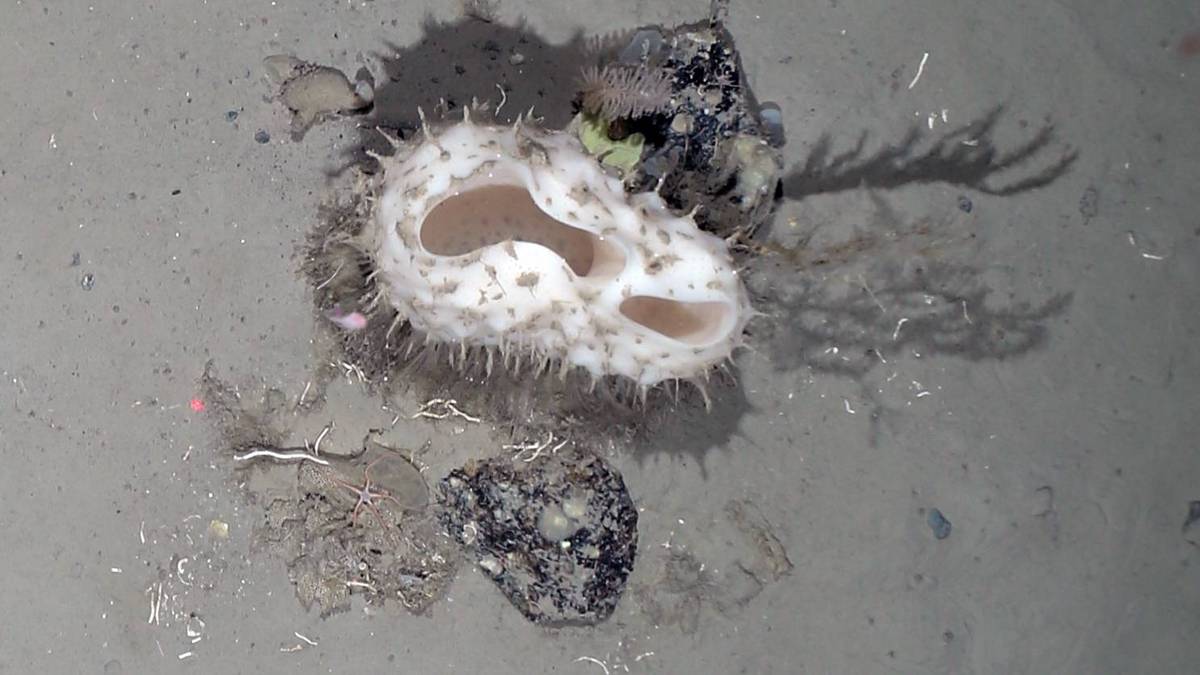 Above: A sponge of almost 30 centimeters (almost 12 inches) in diameter affixed to a small seafloor stone.

Many of the organisms were huddled around stones, which would have tumbled down the glaciers into the ocean. Above: Numerous small sponges, bryozoans, and corals encrust stones scattered across the seafloor, with a worm leaving a spiral of feces in between.

The presence of filterers is particularly interesting. Phytoplankton are what creatures like this usually filter from the water to eat, but these tiny organisms are thought to rely on sunlight; they aren’t usually found in the ocean deep. 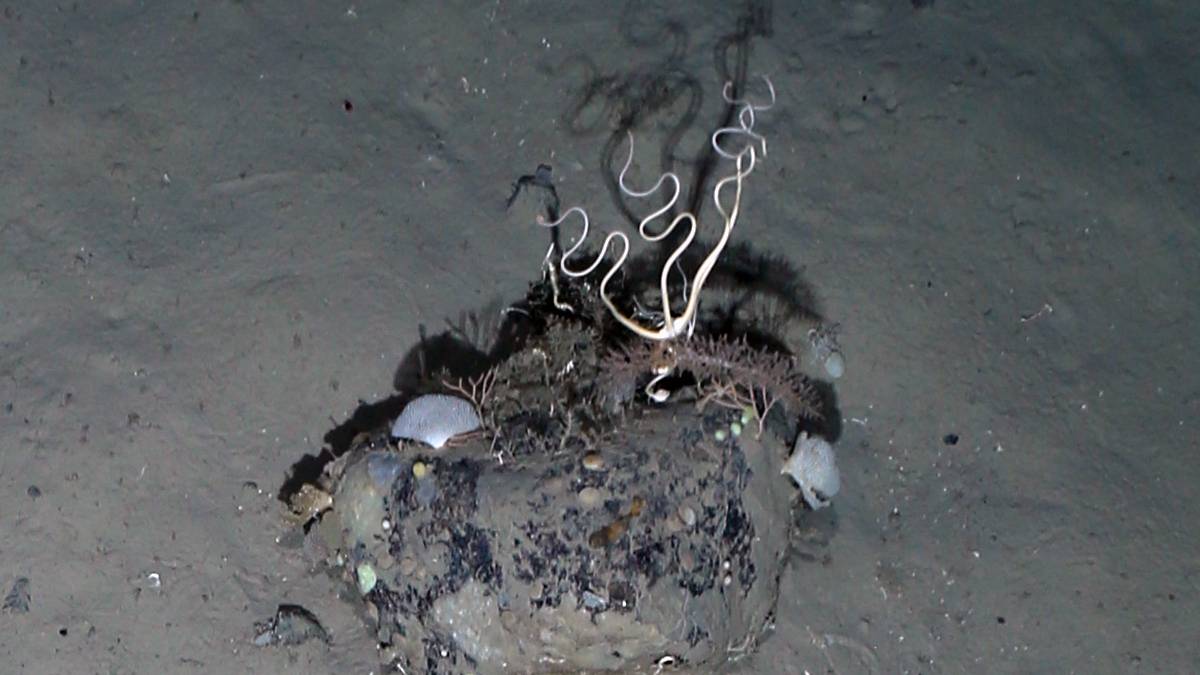 Above: A stone supporting numerous filter feeders. The white curls are the arms of a brittle star used to capture food and prey.

But maybe in Antarctica’s darkness, they aren’t as scarce as we thought. Or perhaps there are other microscopic organisms or nutrients these fixed-in-place creatures are filtering.

Just last month, scientists drilled 900 meters (0.6 miles) deep into the Antarctic ice shelf above the Western Weddell Sea, some 260 kilometers (162 miles) from the coast. Yet even here, in this incredibly isolated slice of the sea, the team was shocked to find sponges and other filter feeders also fixed to stones.

“Our discovery raises so many more questions than it answers,” said biogeographer Huw Griffiths of the British Antarctic Survey at the time, “such as how did they get there? What are they eating? How long have they been there? How common are these boulders covered in life? Are these the same species as we see outside the ice shelf or are they new species? And what would happen to these communities if the ice shelf collapsed?”

The team aboard the Polarstern has already shared numerous sediment samples from this newly revealed seafloor, as well as an album of once-in-a-lifetime photographs. Above: An anemone of nearly 30 centimeters in diameter next to the remnants of a worm’s fecal trail. Laser dot for scale.

“It’s extremely fortunate that we were able to respond flexibly and explore the calving event at the Brunt Ice Shelf in such detail,” says physical oceanographer Hartmut Hellmer at the Alfred Wegener Institute’s Helmholtz Centre for Polar and Marine Research.

“That being said, I’m even happier that we successfully replaced a number of moorings, which will continue to record elementary data on temperature, salinity, and ocean current directions and speeds once we’ve left.” Above: The Polarstern traversing the smallest gap between the iceberg and the Brunt Ice Shelf, known as “foxhole” because it is such a tight squeeze.

The data collected from this risky endeavor will be used to better understand how the Antarctic ice sheet will respond to climate change going forward and what we can do to best protect these priceless ecosystems before it’s too late.

“We need this knowledge in order to be able to take effective countermeasures against climate change,” argues Hellmer.

“The effects of climate change in Antarctica, among others, are worrying. “

Could ‘The Last of Us’ Ever Happen? The Real Risks of a Fungus Pandemic
A Billion-Dollar Biotech Company Plans to Bring The Dodo Back to Life
Ancient Goo Spills The Secrets of How The Egyptians Mummified Their Dead
Scientist Accidentally Discovers The Oldest Brain of Any Vertebrate
‘Polluted Realism’: How Monet’s Art Mirrors The Evolution of Smog