Bloodsucking insects, trapped in amber for millions of years, extracted for their blood-filled bellies, with the blood analyzed for ancient DNA.

At first glance, the scientific explanation for the revival of dinosaurs in Jurassic Park doesn’t sound too far-fetched. It was considered a genuine possibility at the time the book was written.

There’s just one problem – trapped in amber or not, DNA doesn’t like to stick around. Even in the best conditions, scientists estimate that readable DNA completely degrades in 1.5 million years, tops.

The asteroid impact that wiped out the dinosaurs occurred 65 million years ago, so there are tens of million years in the interim, which means plenty of DNA degradation.

Any scientist you care to ask will tell you that Jurassic Park is the only place you’ll see dinosaurs cloned any time soon. But that’s not to say paleontologists are in total agreement about what constitutes the world’s oldest decipherable genetic material.

“Saying you can clone a dinosaur – it’s Jurassic Park, it’s not science,” paleobiologist Alida Bailleul from the Chinese Academy of Sciences told ScienceAlert.

“We’re not doing this to clone a dinosaur … we’re just trying to understand if we can get access to some of the genetic material.”

Bailleul has become one of the faces of the discussion in this area of paleontology, after discovering what she believes could be the oldest partially intact DNA ever found in a specimen of the dinosaur Hypacrosaurus. 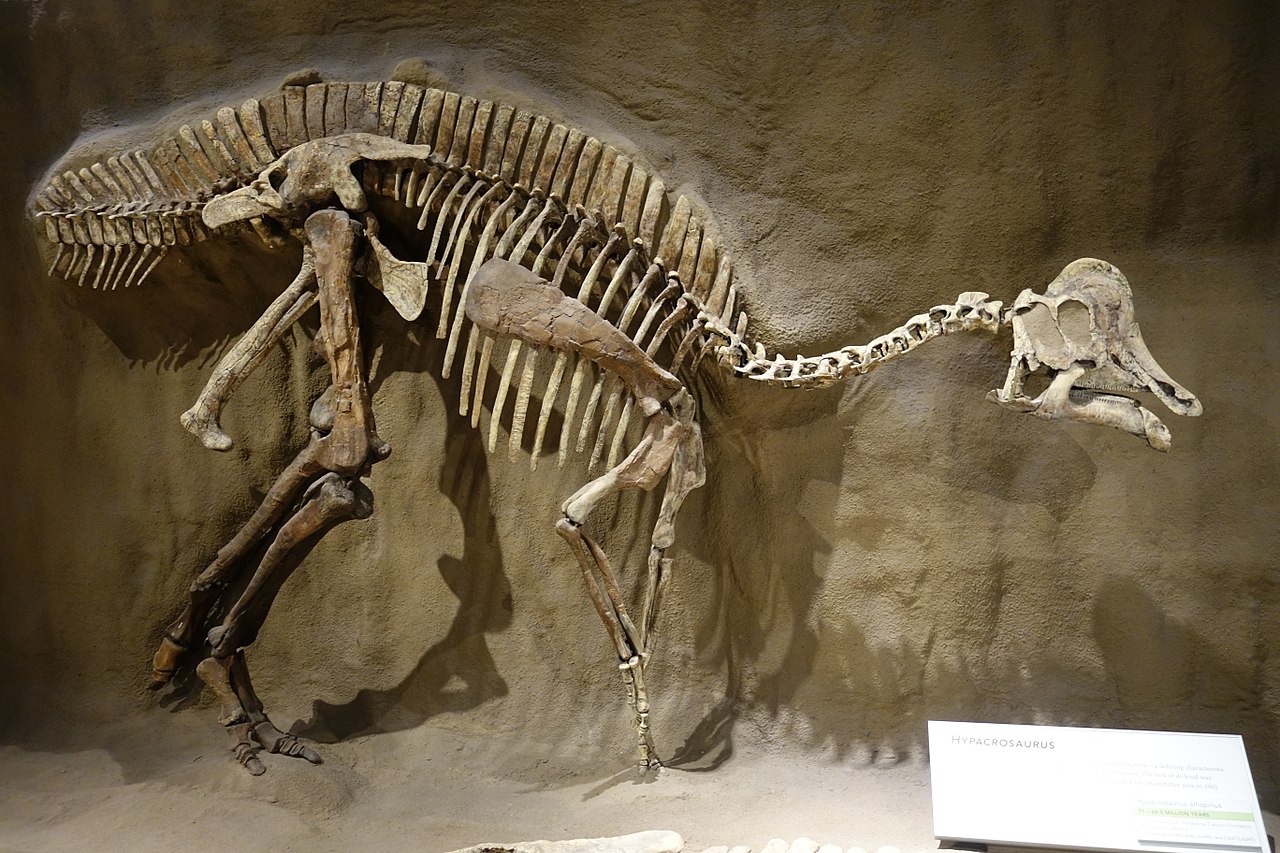 In the last few decades, myriad discoveries have pushed back the date of the oldest readable genetic material.

Then, earlier this year, scientists announced they’d sequenced DNA from a 1.2-million-year-old mammoth tooth – which currently holds the record for the oldest recovered and sequenced DNA.

Because of the fragility of DNA, some scientists think that might be the oldest we’re going to get, at least in terms of decipherable genetic material that’s not so degraded as to be worthless.

In absolutely pristine conditions, the last bond would break after 6.8 million years, but you’re likely to have a lot of trouble reading anything at all after about a million years, researchers say.

“I don’t think anything more than that could be trusted,” ancient DNA expert Sally Wasef from Griffith University in Australia told ScienceAlert.

“And it’s not just that it can’t be trusted. It’s about how much information it’d provide you. It might be a little piece preserved, but would it be enough to provide you with good information?”

Every human’s genome is made up of 3.2 billion ‘base pairs’, the building blocks of DNA (deoxyribonucleic acid) that code our genetic instructions. Every living thing on the planet uses these DNA base pairs to store their genetic information, and most mammals have a similar number of base pairs to code our every hair, flipper, or horn.

To work out most physical differences between two people, you can analyze tiny changes to these base pairs called single nucleotide polymorphisms (SNPs). In some diseases, only one SNP will be changed, while eye color can involve a handful, and some population-wide traits can take hundreds of these tiny changes.

To think about it another way, if you provided a sample of your DNA to a genetics testing company such as 23andMe, they’d look at 640,000 of your SNPs – which sounds like a lot, but they’re only actually analyzing about 0.02 percent of the whole genome.

With so much complexity in a genome, it gets complicated quickly if billions of those base pairs become degraded, leaving only parts of the puzzle behind offering physical genetic information. 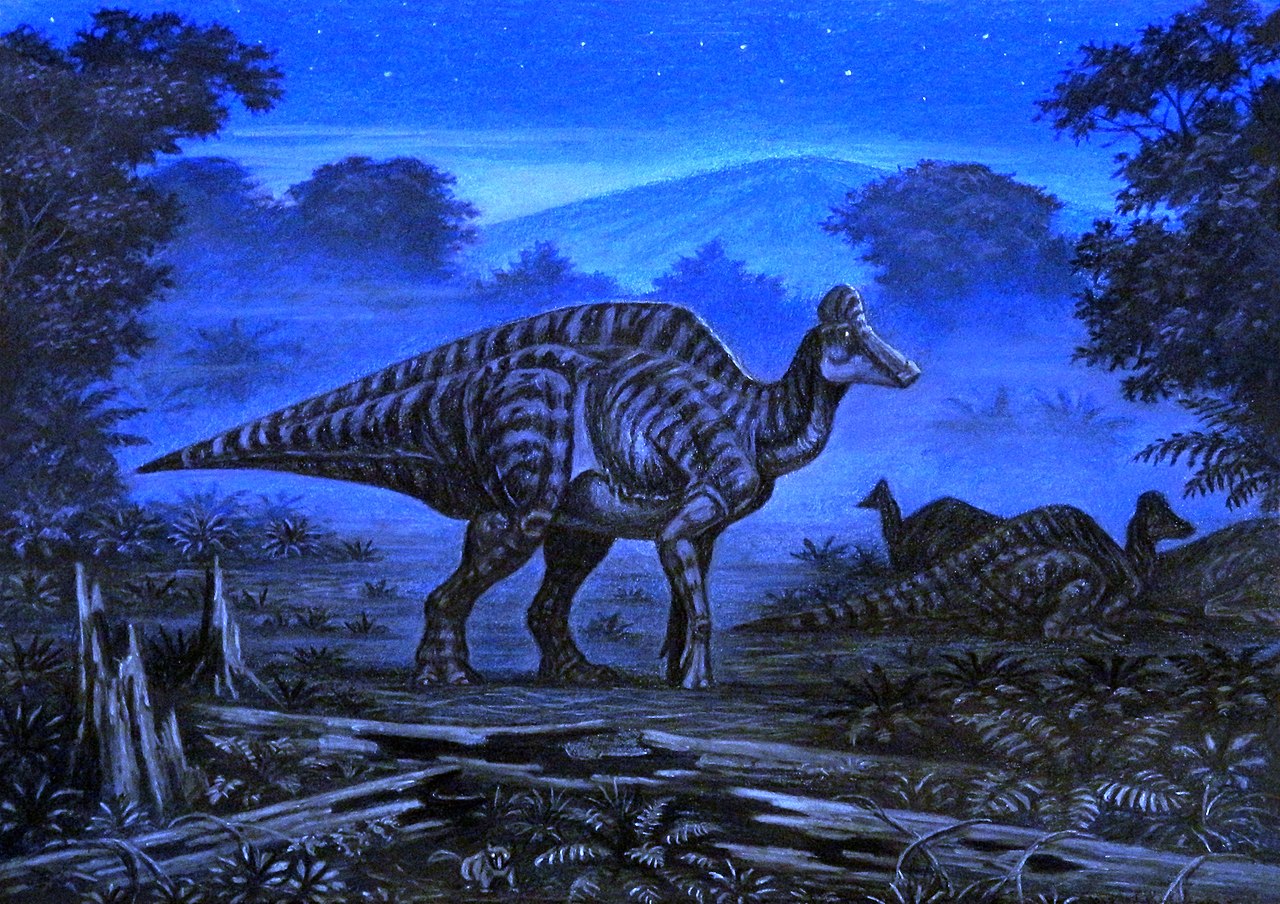 Wasef uses the analogy of our DNA being like a computer hard drive. “If the hard drive is in a safe place where it’s not exposed to a lot of factors that damage it, it will be well preserved,” she explains.

“But, once this hard drive gets attacked by viruses, you start to eat into your data.”

Even the very well-preserved 700,000-year-old horse DNA was corrupted enough that it had to be painstakingly stitched back together by University of Copenhagen researchers, while simultaneously removing any bacterial DNA that had been mixed in and also extracted.

In the end, despite their efforts, the team – lead by anthropobiologist Ludovic Orlando – only managed to recover 73 proteins, a far cry from the 20,000 or so that make up the entire horse genome.

Of course, identifying 73 proteins is a great achievement if you want to analyze genomic changes in horse species throughout the ages. But to attempt something like cloning, you’d need to know every single base pair in the genome – so we won’t be seeing any ancient horse species galloping around any time soon.

Cloning a dinosaur, then, is well and truly off the table, and given the finite lifetime of DNA, it doesn’t seem likely that there would be any useful dinosaur DNA left to find anyway.

However, Bailleul and her team recently discovered something that has triggered both excitement and skepticism in the ancient DNA research community – signs of DNA inside a dinosaur fossil, millions of years past its use-by date.

While analyzing a baby dinosaur called Hypacrosaurus from the late Cretaceous period, they found incredibly well-preserved cartilage. Inside the cartilage, they discovered cell-like structures that included material resembling DNA in the tests conducted.

“We isolated some cells of the dinosaur and we stained them with DNA stains,” Bailleul says.

“Inside the dinosaur cells, it looks like there’s still some material that’s reacting with the DNA stain.”

There’s only one problem: The dinosaur in question is between 74 and 80 million years old – much too old to still have intact DNA.

Because of this, the findings caused some controversy in the paleontology world, with many researchers believing that the sample is just too old to be genuine dinosaur DNA, with the results likely reflecting some form of modern genetic contamination in the samples instead.

Unfortunately, there’s no way to check the result. When working with a very tiny amount of potential DNA, the methods scientists use are destructive – meaning that the samples are destroyed while they’re being analyzed.

In other words, you have to know what you’re aiming to achieve before you get started.

“It has to be a very good aim, or you’re just wasting the sample to prove DNA can live,” Wasef explains.

Despite other researchers’ doubts, Bailleul still thinks it’s real dinosaur DNA her team found – not contamination of the samples.

“Everybody says, ‘Okay, there is no more DNA after 1 million years, it gets too degraded, too modified, you can’t get anything.’ And then yet, here we have this sample,” she says.

“It doesn’t make scientific sense to say it’s contamination … [The contaminated DNA] wouldn’t just be inside the cell. It would also be all around.”

But DNA isn’t the only way to find genetic information about ancient creatures.

In 2019, the same team that analyzed the horse DNA announced they had extracted genetic information from the tooth enamel of a 1.77-million-year-old species of rhino.

Instead of looking at the DNA itself, the team analyzed the proteins, determined the amino acids, and reverse-engineered a small DNA sequence out of that information.

“People are looking at the ancient protein as a new tool to go where the ancient DNA stops,” says Wasef.

Unfortunately, ancient protein has similar issues to degraded DNA. You can tell some information from reconstructing DNA from protein, but it’s only a small (and not exact) sample of the genome.

For example, each base pair (or letter) in a genome works with the base pairs next to it to make larger and larger structures. Groups of three base pairs code for specific amino acids, which then code for specific proteins. But there are redundancies and duplicates in this code, so working backwards is complex.

“So, you can’t really translate the same protein back to DNA.” 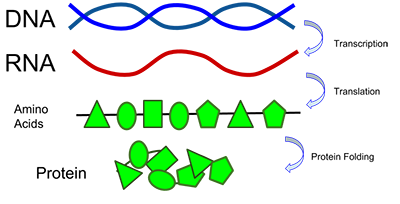 Despite these issues, many scientists think ancient protein truly is the next frontier of researching ancient genetics. You can still retrieve important information from these fossilized proteins, and some information is better than nothing.

In 2016, scientists found 3.8-million-year-old proteins in ostrich eggs. Although the protein wasn’t sequenced in that case, it still shows that protein has a much longer shelf life than DNA.

Right now, the techniques we have available for analyzing proteins are expected to push the age of the oldest genetic sequencing back a few million extra years, although it remains to be seen whether this will extend all the way back to the reign of the dinosaurs.

Nonetheless, both Wasef and Bailleul think the technologies empowering ancient genetics research are rapidly getting better. Just because we can’t do it today doesn’t mean we won’t be able to tomorrow.

“When people ask me, ‘Is it impossible to get ancient DNA from dinosaurs?’, I say yes,” Wasef explains.

“But when I started doing ancient DNA in 2009, what we’re doing now was considered impossible.”

Astronomers Just Discovered a ‘Bear’ on Mars
This Island Appeared Out of Nowhere, With Life Forms Never Seen Before
Black Swans Could Be Entirely Wiped Out by a Single Virus, Scientists Warn
Mysterious Medieval City in Africa Had a Genius System to Survive Drought
‘Extraordinarily Close’ Asteroid About to Zoom Past Earth, NASA Says