The recent discovery of a comb jellyfish with a disappearing butt had us wondering: what other types of weird animal behinds are producing floaters (or sinkers) out in the world?

From wriggling deep sea worms that poop from their mouths, to flatworms that have myriad butt holes on their backs, evolution has concocted a bizarre and smelly range of waste elimination techniques.

The flatworm Thysanozoon nigropapillosum has multiple anuses protuding from its back, unlike some slacker phyla we could mention who only bothered with one. (Image: https://t.co/5gZsGBnOwh https://t.co/duqj1o4ZNN) pic.twitter.com/3hhZEzbSPn

One of the most incredible pooping strategies has to be not bothering to poop at all. One animal that does this lives on your face.

Face mites, such as Demodex folliculorum, do not have an anus at all. They don’t even poop through their mouths like our ancient ancestors did. All the waste they create from munching on your skin and sebum gets stuffed into their large gut cells, which may explain why they only live up to 16 days.

Their waste is released onto your face once they die and disintegrate, along with bacteria that may cause skin inflammation called rosacea in some people.

From wombat butts sculpting cube-shaped poops and fish that poop out our beach sand, to turtles that can breathe through their anuses, there sure are some talented arses out there. But the most majestic of these talents probably belongs to the generous behinds of manatees (Trichechus), who get swimming assistance from their own farts.

The cellulose-rich seagrass diets of manatees produce large quantities of methane, which they store in the folds of their large intestines. This gives manatees floating power when required, but when they need to sink, scientists suspect the animals squeeze this gaseous waste through their intestines and out of their bottoms.

Manatees are well known for their gassy habits. Observations of manatees in captivity have shown constipation can prevent them from being able to dive, while laxatives allow them to regain this ability.

So, it seems flatulent bums allow manatees to regulate their buoyancy levels with minimal effort.

Most of our butts house a multitude of microorganisms, but some anus owners have to tolerate much worse. Sea cucumbers have to endure 16-centimetre (6-inch) long fish wiggling into their bum holes - which double up as breathing holes, too.

These eel-like squatters are pearlfish (Echiodon rendahli), and they have chosen their hiding spot well, since sea cucumbers produce toxins that scare away predators.

Luckily, sea cucumbers can regrow their organs, because they certainly can’t hold their butt breath for long enough to keep the pearlfish out of their rectums indefinitely.

There is at least one creature that can save its own arse by letting go of it. This South American scorpion species (Ananteris balzani) has an anus right up near the poisonous stabby bit on its tail.

If attacked, the scorpion has the ability to drop its tail, much like some lizards can – severing your own body part in this way is called an autotomy. Except, unlike lizards whose anuses are more sensibly positioned closer to their hindlegs, these scorpions also drop their butts along with their tails, in exchange for slightly prolonging their life.

It is typically only the adult males that will make this sacrifice, as the price is high. Once the tail and butt segments are gone, the wound heals over leaving no opening for their waste to escape.

While it may buy the scorpions a little more time to mate, they can never poop again. The scorpions will keep hunting (small prey only, because they can no longer take down a big meal without their stinger) and stuffing food into themselves, swelling their abdomens with trapped excrement.

Researchers have observed some of these scorpions lost further segments of their tails when the pressure of the built up waste got too much.

Ultimately, these little guys will suffer death by slow internal poop-splosion, as waste fills their innards. Honestly, no matter how much more sex they can cram into those possible eight extra months, it still sounds like it would be kinder for them to die along with their anus. 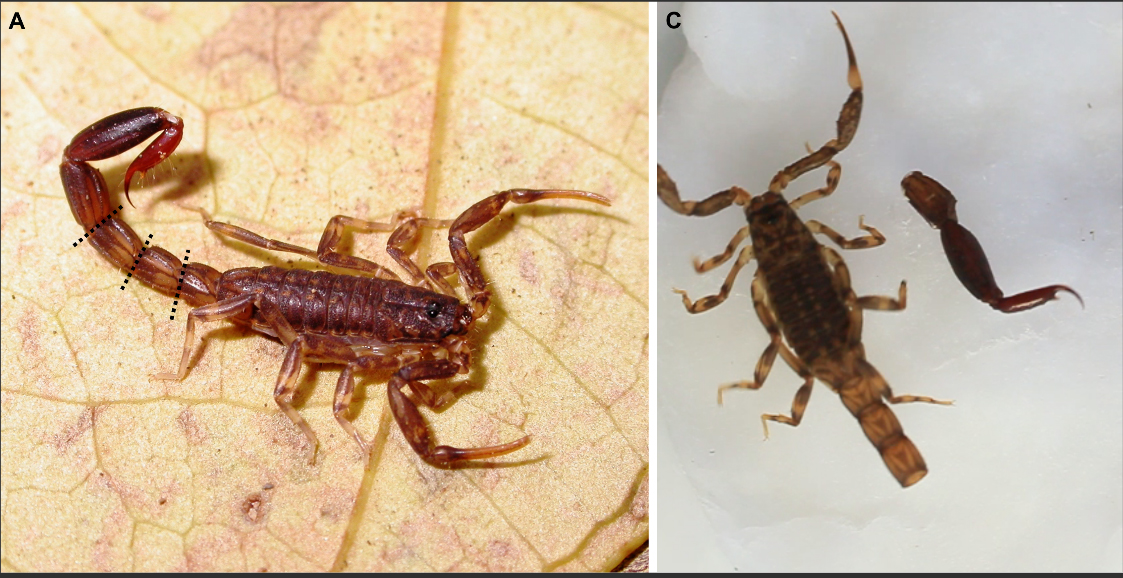 Bum jokes aside, butts and the poop they exude perform a vital role in sustaining life on Earth as we know it, not least thanks to recycling nutrients.

Take whales, for instance. Just as we use cow manure to fertilise our crops, whale excrement fertilises the life that grows in the sea.

Sperm whales (Physeter macrocephalus) defecate a disgustingly bright-orange floating plume, and like the whales themselves, their poop plume is ginormous. In fact, marine biologists have dubbed them ”poonamis”.

These plumes feed floating plankton, which nourish most of the marine food chain and photosynthesise carbon dioxide out of the atmosphere.

Scientists have estimated this cycle can remove 200,000 tonnes of carbon dioxide a year; before industrial whaling drastically diminished whale numbers, this effort was closer to two million tonnes.

Regardless of their toilet strategies, these amazing species all demonstrate the marvel and power of anuses. The most important lesson – by and large, it’s better to have an arsehole than not.

An Expert Explains Why The Radioactive Water Stored at Fukushima Should Be Released
Bacteria Can Use Plastic Waste as a Food Source, Which Isn’t as Good as It Sounds
Astronomers Just Discovered a ‘Bear’ on Mars
This Species of Carnivorous Plant Evolved Into a Toilet And Is Now Winning at Life
A Rare Green Comet Can Be Seen in The Sky, And It May Be Our Last Chance