Parasitic gall wasps have some of the freshest cribs nature has to offer.

Deposited among the trees as young larvae, these hungry parasites trick their plant host into covering them with a gall – a swelling that provides plenty of nutrients for a growing wasp.

But in the game of life, there’s always a bigger fish.

For the first time, scientists in southern Florida have noticed the crafty parasitic love vine (Cassytha filiformis) reaching its long fingers into the cribs of the oak leaf gall wasp (Belonocnema treatae).

Evolutionary biologist and lead author of the study Scott Egan has spent 17 years studying gall-forming insects, and he has travelled thousands of miles, from state to state, collecting samples from oak forests in the US.

He calls the discovery a revelation.

“I had never seen this,” said Egan. “But the fact that no one, as far as we know, had ever documented this was incredible because biologists have studied each of these – the vines and the insects – for more than a century.” 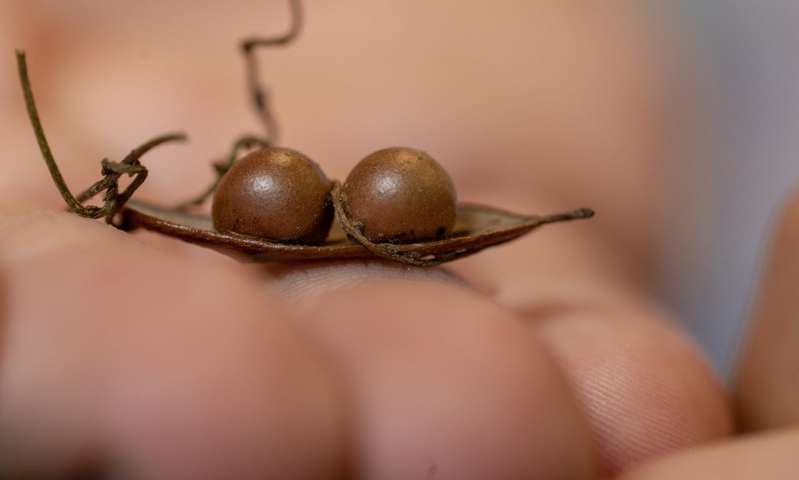 The finding was first brought to Egan’s attention by a curious graduate student.

“She said, ‘Hey, I think the vine’s attached to the gall,'” Egan recalled.

“I looked at it and said, ‘No. They don’t interact. That’s just a fruit or seed from the parasitic plant,’ but she didn’t give up, so we took a closer look under the microscope, and I said, ‘No?! This cannot be.'”

When they split the gall open, they found a fully-grown but also fully-dead wasp, mummified in what was once its childhood home.

The team immediately went back to their samples to look for more. Out of 51 galls attacked by love vines, 23 contained a mummified adult wasp. Meanwhile, only two of the 101 galls that were not attacked by the vines turned out have a dead wasp inside.

“I went to spots where I knew that my gall-formers and the vines were, and I just blurred my eyes across the tops of the trees,” said Egan.

There are so many layers here, it’s pretty much nature’s parasitic version of Inception.

“Basically, you have a parasitic plant attacking a parasitic insect inside of another host, a host they share,” explains Egan.

First, the gall wasp lays its eggs on the underside of the oak leaves. The wasp then leaves its offspring behind with a mix of venom and proteins to try and tempt the tree into blanketing the egg with rich, protective plant tissue.

Snug in their cribs, the larvae steal nutrients from the tree’s vascular network until the wasps are big enough to spread their wings and head out on their own.

For some unlucky wasps however, that moment never comes. Because at the same time that the wasp is feeding on its host, the cunning love vine is also on the look-out for nutrients, and the oak tree is one of its favourite hunting spots.

When the persistent vine comes across these galls, it digs its roots into the structure, slurping away the nutrients with abandon. 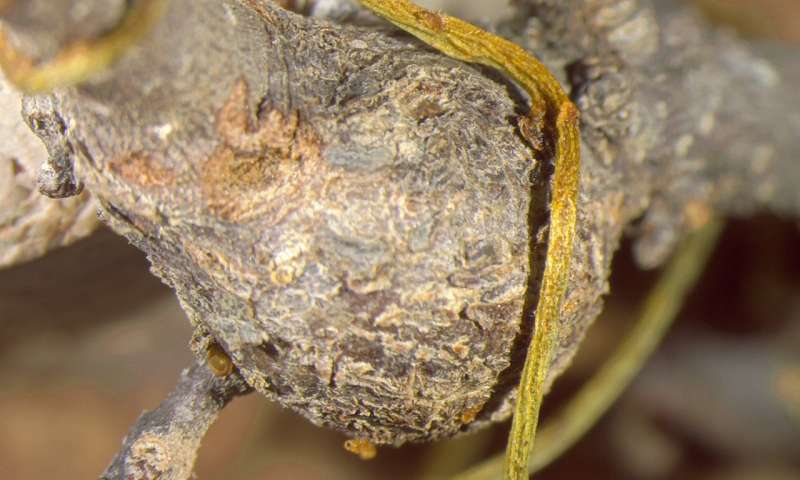 Egan and his team have also found examples of the love vines attacking other species of gall wasps.

“This is the first time anyone has ever discovered a parasitic plant and parasitic gall wasp interacting on a shared host plant,” Egan said.

“This could be unique, but biologists have catalogued more than 1,300 species of gall-forming wasps and more than 4,000 species of parasitic plants, so this could just be the tip of the iceberg”.

“Galls are like tumours in many ways,” Egan explains.

“The wasps induce them to grow at the site where they lay their eggs, but the galls are part of the tree. The cells there have the same DNA as any other cell in the tree. They’ve just been reprogrammed to grow and behave in a way that is ultimately harmful to the tree”.

“If we can find out how the vines identify the galls, how they zero in on them, it could potentially provide new clues for targeting and fighting cancer,” he added.

The study has been published in Current Biology.

‘Cradle of Humankind’ fossils may be a million years older than previously thought
A disturbing process has been accelerating in freshwater lakes worldwide, study finds
Stressed? 4 ways to stop your brain from telling you the worst will happen
There’s a change happening to Earth’s outer core, as revealed by seismic wave data
Good news! The Solar System is going to hold together for now