If there’s one place in the world you would expect to find an Alien-esque monster of the deep, it’s Australia.

Earlier this month, a group of anglers were fishing in Kakadu National Park in the Northern Territory when they snagged something unexpected.

Stopping the boat, the anglers pulled up a 15-centimetre-long (5.9 inches) worm-like fish, a species that has rarely, if ever, been seen.

With no eyes and a pointy smile, the creature looks like something straight out of the 1979 classic horror film Alien.

“It’s like purpley-brown,” Angler Tee Hokin told ABC News, “it had a really weird head, but the body was like an eel and it didn’t even move or wriggle; it was like stunned, like stealth mode.”

The fish was so firmly latched onto the lure, the anglers had to use pliers to pry its suction cup free. 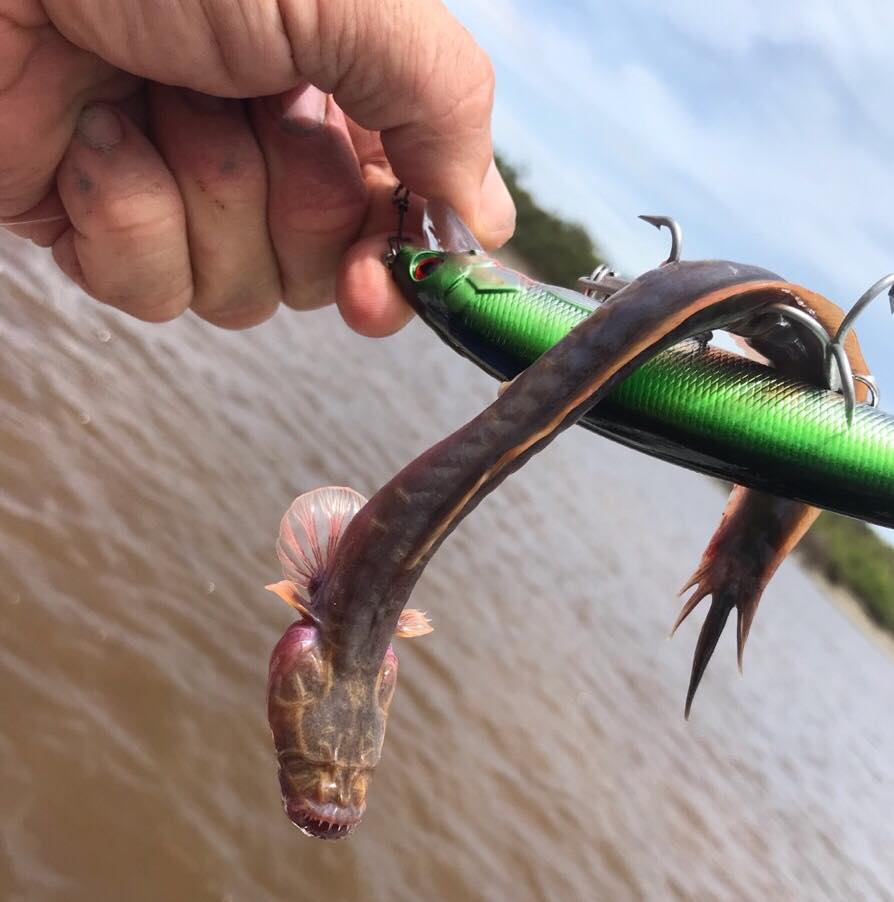 The ABC took the mystery to Michael Hammer, a curator of fishes at the Museum and Art Gallery of the Northern Territory.

He identified the bizarre creature as a worm goby, and while he wasn’t able to identify the species from the pictures alone, he said it was probably from the genus Taenioides.

We know that other species in this genus feed on crustaceans and small fish, but as far as reproduction, habitat, sexuality and behaviour goes, we still know very little.

Because worm gobies tend to live their entire lives under the mud, humans rarely come across them. Hammer says there’s even a chance that the most recent discovery is an entirely new species. 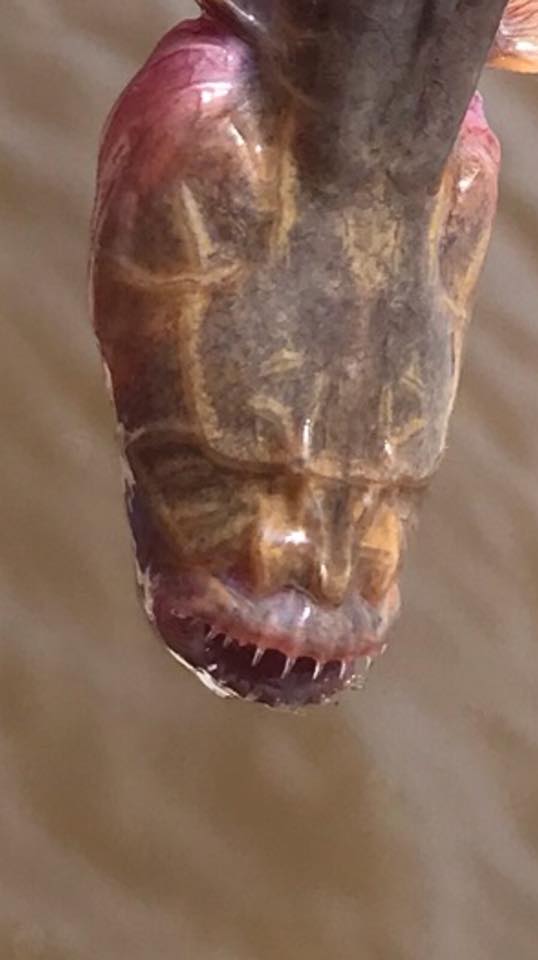 There’s so much about these elusive fish that we still don’t know, so Hammer is calling on the public to get in touch if they ever find one. Despite their cruel appearance, he says the worst the creature can do is give you a little bite.

“They still have very glass-like, small little teeth so a few people have said when they’ve caught them [that] they get a bite from them, but it’s not dangerous,” he explained to ABC News.

“Although they do grow up to 50 cm in length, so once they are that big they could give you a bit of a bite.”

The story was first reported by ABC News Australia.

Orcas Are Contaminated With a Forever Chemical Associated With an Unlikely Product
Stunning Green Comet Will Be Closest to Earth Today, at Peak Brightness
An Incredible Thing Happens When Dolphins And Humans Team Up
Bar Graphs Induce a Hidden Bias in Interpretation, Experiment Shows
Astronomers Studied More Than 5,000 Black Holes to Figure Out Why They Twinkle