A woman in Virginia found a bizarre surprise in her flower bed last week: a copperhead snake with not one, but two heads on a single body. According to experts, it’s an incredibly rare find.

The venomous viper (Agkistrodon contortrix) was discovered on Sunday 16 September, and has been removed to the care of an private reptile keeper with experience in handling vipers, until they can make more permanent arrangements.

Two-headed, or bicephalic, snakes do show up from time to time. Their formation occurs via the same process that produces conjoined twins in humans – a single zygote splits in two as though to produce identical twins, but doesn’t quite make it all the way. 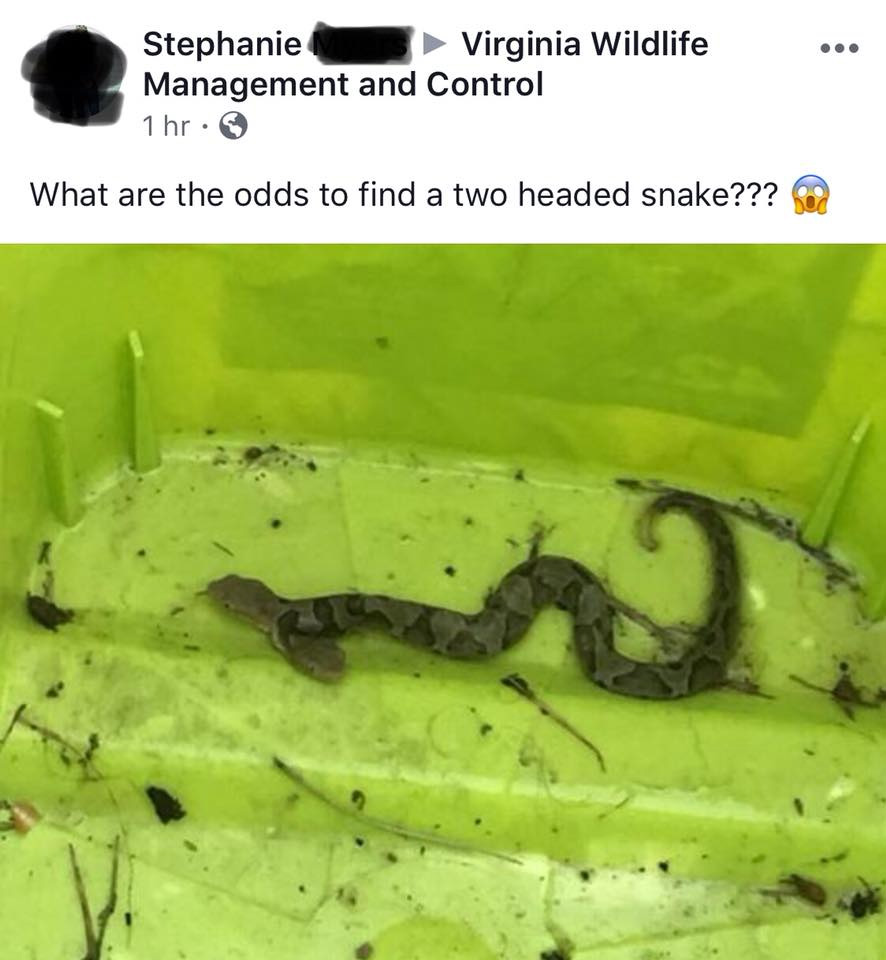 Their occurrence in the wild is “exceptionally rare,” state herpetologist John D. Kleopfer wrote in a Facebook post, “because they just don’t live that long.”

The problem is that both heads are able to control the body, which results in uncoordinated movement (you can see a video here). This not only makes it difficult for them to hunt prey, it also makes them easier prey themselves.

However, in the care of herpetologists in museums and zoos – with safe enclosures and easy-to-eat food – bicephalic snakes can live long lives, like the two-headed grey rat snake at the Mississippi Museum of Natural Science, acquired in 2003 and still living large.

The newly discovered copperhead is therefore, unsurprisingly, really young – around two weeks old when it was found, and only 15 centimetres (6 inches) in length. It was probably mostly eating insects before it was picked up.

For now, the little reptile is doing well and, if lucky, might even have a future career as a museum exhibit.

“Thanks to the Wildlife Center of Virginia we were able to determine that the left head has the dominant aesophagus and the right head has the more developed throat for eating,” Kleopfer wrote.

“With a little luck and care, we hope to eventually donate it to a zoological facility for exhibit.”

Astronomers Just Discovered a ‘Bear’ on Mars
A Rare Green Comet Can Be Seen in The Sky, And It May Be Our Last Chance
An Expert Explains Why The Radioactive Water Stored at Fukushima Should Be Released
Astronomers Just Realized The Milky Way Is Too Big For Its Surroundings
This Asteroid Has Survived For 4 Billion Years. That Could Be a Huge Problem