Patricia Yang has seen a lot of poop. In her time studying the dynamics of bodily fluids, the award-winning scientist has witnessed her share of cows dumping watery pies, rodents dropping little pellets, and elephants passing big balls of dung.

None of that would ultimately prepare her for what she was about to see.

It was 2015, and Yang had just presented on a mathematical model for bowel movements. A scientist at the conference asked if her theory worked for wombats, too. Yang had never seen wombat droppings, and when she googled for pictures, she found herself looking at some of the oddest-shaped poo she’d ever seen.

The Australian mammal’s faeces are shaped like little dark cubes, the only known prismatic poops in the world. In fact, wombats are the only animals scientists have found that can produce cubes naturally, and we had no idea how they were doing it.

Yang was immediately hooked. The mystery was an old one, but no one had done any hard investigations to find out what was really going on. 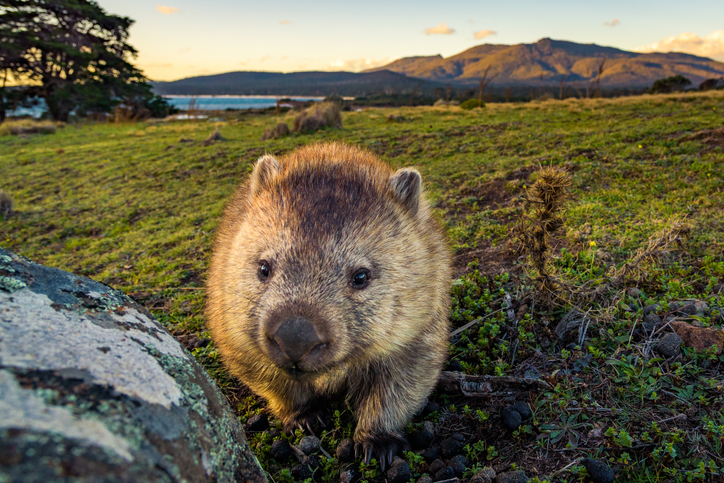 She and her lab supervisor at Georgia Tech, biomechanical engineer David Hu, decided to change that. In 2018, they finally got their hands on the intestine of a bare-nosed wombat (Vombatus ursinus).

The gut, which was carefully dissected by a scientist in Tasmania and shipped to the United States, showed a clear progression from muddy matter to a hard six-sided structure with sharp corners, almost like a ‘gruesome Christmas ornament’.

It looked as though these cubes were forming even before the wombat pooped them out. Further CT scans on a live adult wombat confirmed this animal does not have a square-shaped anus; it’s just as round as those of other animals, so how do wombats excrete cubes?

As it turns out, it’s all in the intestine. Using two new wombat dissections and mathematical models, Yang and her colleagues have now figured out how wombats actually poo prisms.

The first thing you need to know is that the wombat intestine is unusually long, up to nine metres in length. Compared to humans, it takes these metre-long creatures up to five times longer to suck all the nutrition and water out of their food, sometimes nearly five days.

As a result, wombat poos are nearly twice as dry as human poos, and this could be what helps them survive droughts in the Australian bush. This lengthy process probably also helps their poo form more concrete shapes.

Just by looking at the wombat intestine, you can clearly see the gradual transition from a “yellow-green slurry of digesta”, as the authors so bluntly put it, to a dry cube with “beveled edges and flat faces”. 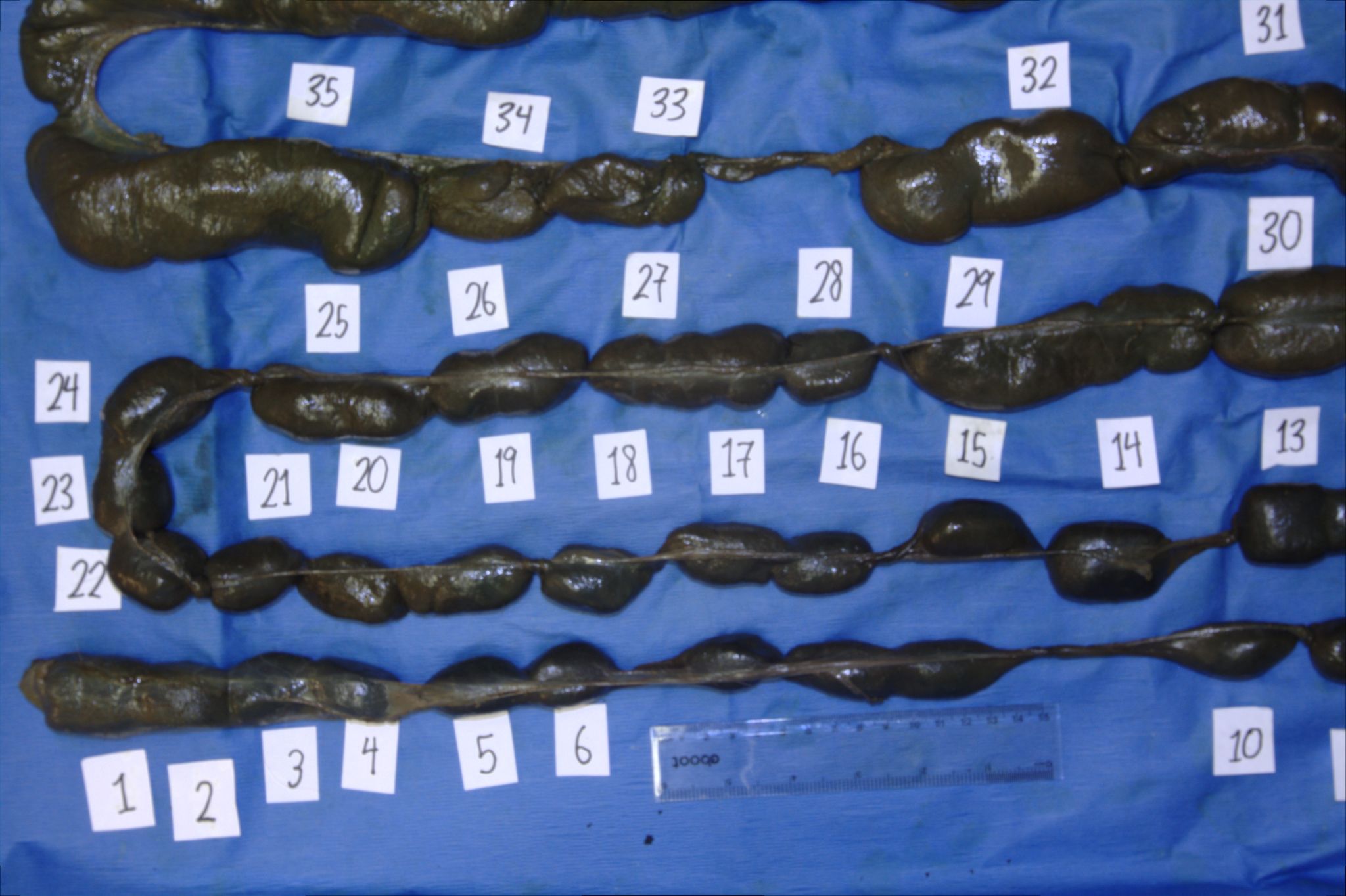 Using a balloon to blow up certain parts of the intestine, researchers noticed varying levels of thickness and stiffness in some of the tissue and muscle.

Practically, this meant parts of the intestine’s circumference were contracting differently, in part due to different muscle thickness. The tight parts contracted quickly, pushing the poo harder, while the softer parts contracted more slowly, moulding corners.

Creating a simple model of the intestine, the authors found corners formed in less than 10 contraction cycles.

“With contractions occurring every couple of seconds over a time of five days, the faeces actually experience on the order of 100,000 contractions,” the team writes.

Enough of these contractions could plausibly form a series of cubes in the latter end of the wombat’s intestine when poo is most dried out. Dissections show cubes are formed only within the last 17 percent of the intestine. (In 2018, the team thought it was the last 8 percent).

It’s almost like baking a cake, Hu explains. The batter starts out wet and sloppy, drying out over time as it’s heated up in the oven. As it butts up against the edge of the cake tin, it begins to form corners and flat surfaces. Most of the solidifying happens right at the end.

Wombats, incidentally, squeeze out nearly 100 of these six-sided brownies every day.

Exactly why they do this is a whole other mystery. Wombats don’t have great eyesight and so they use their droppings to communicate with one another. As such, they like to poop on rocks, logs or other elevated places to make their message more visible.

The cube shape might therefore assist poo-stacking. Rounder faeces, after all, tend to roll away. 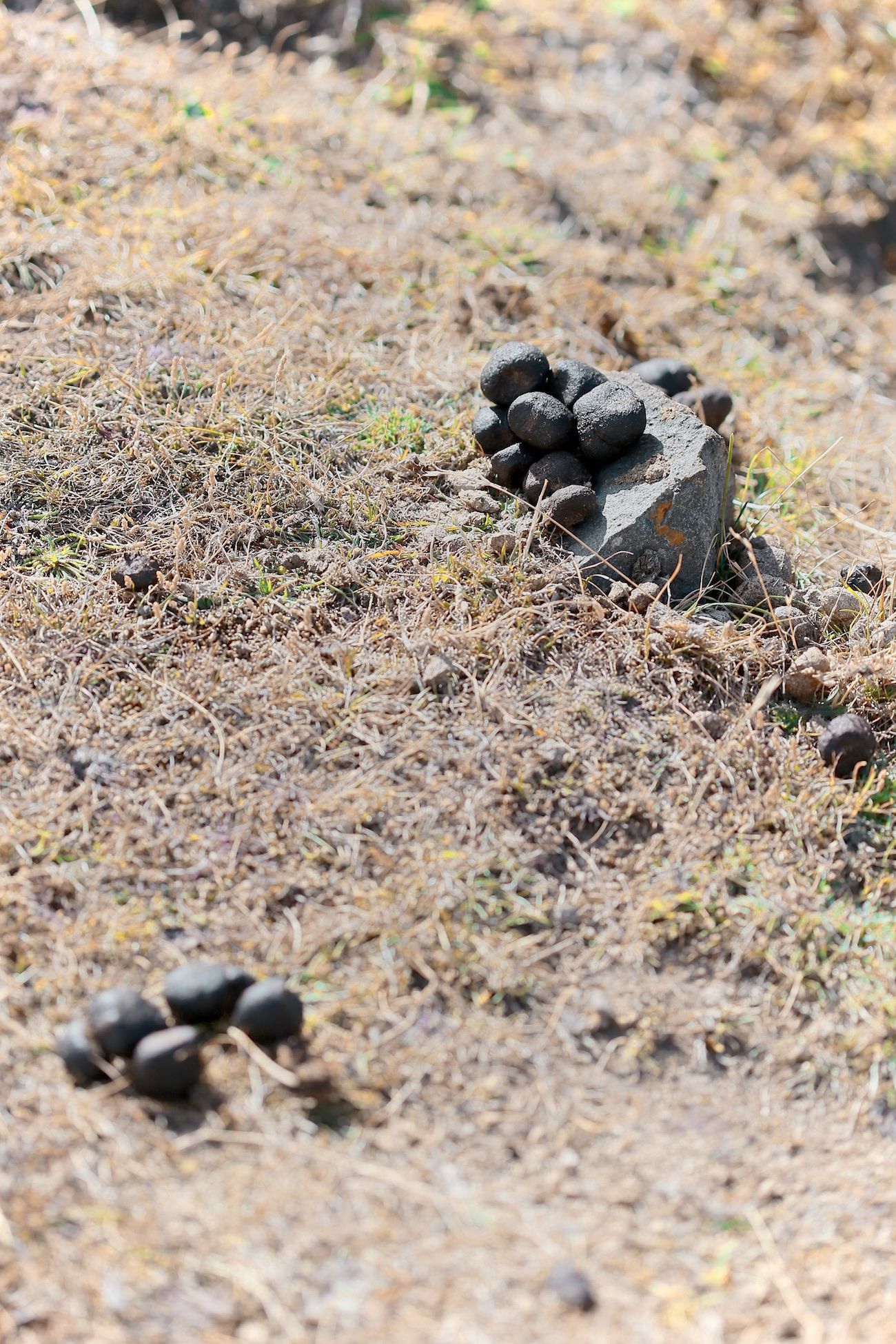 Wombat faeces in the field, stacked on rocks. (David Hu and Scott Carver)

But that’s just one idea. Another is that the six-sided structure of wombat poo allows for a greater surface area to increase the dispersal of the animal’s scent, which can convey social messages or reproductive status.

Other scientists think we’re reading too much into it. The cube-shaped poo is probably just a result of it being dehydrated in the gut, they argue. In zoos and wildlife parks, for instance, where wombats are well hydrated, wombat poo is much less defined.

There’s clearly a lot we still need to know about wombat poo, but Randy Ewoldt, the mechanical engineer who first brought the mystery to Yang and Hu’s attention five years ago, told ScienceAlert he’s impressed with their progress

“The authors demonstrate heroic efforts and a collaboration covering opposite sides of the globe,” Ewoldt said in an email.

“One wonders: who else could squeeze such interdisciplinary work into this multi-faceted contribution?”

The study was published in Soft Matter.

Mysterious White Clouds Keep Popping Up Near The Bahamas, And No One Knows Why
Archaeologists Find Hidden Ruins of ‘Complete’ Roman-Era City in Egypt
‘Extraordinarily Close’ Asteroid About to Zoom Past Earth, NASA Says
Scans of Mummified ‘Golden Boy’ Reveal He Was Covered in Magical Protections
Scientists Create Shapeshifting Humanoid Robot That Can Liquefy And Reform