Einstein was sure that all objects fall in the same way in a gravitational field, irrespective of their own gravity. It’s called the equivalence principle, and scientists just showed it holds firm using a distant triple-star system discovered in 2012.

This system contains a closely orbiting neutron star and a white dwarf, along with a more distant white dwarf orbiting that pair of stars. The new research found both inner stars accelerating at very similar speeds, which fits in with the equivalence principle as explained in Einstein’s general theory of relativity.

In fact, these latest results are around ten times more precise than any earlier observations along similar lines, the team behind the study says. Not everyone is convinced Einstein was right about gravity over 100 years ago, but this should help settle the matter. 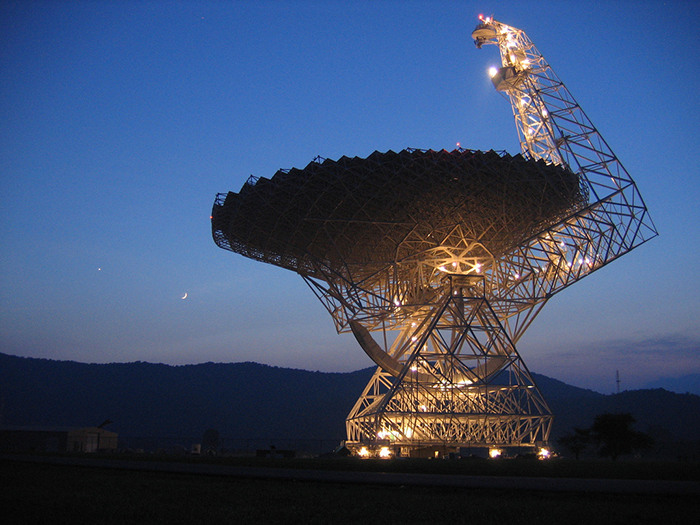 You may remember we previously covered this same research when it was presented at the 231st meeting of the American Astronomical Society in January. Now, it’s been peer-reviewed and published.

What makes these three stars – officially known as PSR J0337+1715 – so useful for this experiment is the neutron star’s strong self-gravitation, something that can’t be said for the objects spinning around in the Solar System we call home. As a result, it puts the general relativity theory to a much more rigorous test.

“This is a unique star system,” says one of the researchers, Ryan Lynch from the Green Bank Observatory in West Virginia. “We don’t know of any others quite like it. That makes it a one-of-a-kind laboratory for putting Einstein’s theories to the test.”

After six years of data logging and 800 observations, the researchers determined that the outer white dwarf wasn’t affecting the inner orbit of the binary stars – those stars are indeed zooming through space in the same way.

And that’s at the crux of Einstein’s argument: gravity as an effect of space-time geometry, a universal path that all matter follows.

So, for example, a hammer and a feather dropped from the same height in a vacuum will hit the ground at the same time; astronaut Dave Scott famously demonstrated this on the Moon in 1971.

In this case you could think of the neutron star as the hammer and the inner white dwarf as the feather – it shows high-mass bodies “fall” at the same rate as low-mass bodies, which again is a core component of the equivalence principle.

Of course just because Einstein’s theory is continually backed up by science doesn’t mean we should stop testing it – these tests often reveal fascinating new information about the Universe as well.

Earlier this year, with the help of the atomic clocks we use to keep time, a team of scientists showed Earth is falling through space at a steady rate, unaffected by the pulls of the Sun, Jupiter, and other cosmic objects, as Einstein thought.

The same idea has now been backed up by this triple-star system, some 4,200 light-years away.

As we get more data from the Gaia mission and other projects, we should be able to put our understanding of the physics of the Universe under even closer scrutiny in the future – and it would be difficult to bet against Einstein.