Like the Universe’s tiniest matryoshka dolls, atoms are typically modelled as particles within particles – a nuclei built of protons and neutrons, which in turn contain trios of fundamental particles called quarks.

As convenient as this simple metaphor might be, the quantum engine operating within these subatomic particles is an incomprehensible ledger of quantum economics: quarks and antiquarks adding up and cancelling out, but never balancing.

In the early 1990s, physicists smashed protons apart in order to put some numbers to this buzzing hive of quark activity, only to find the balance they expected was strangely askew.

Naturally, since the results left plenty of room for doubt, a double-check was in order.

Subsequent experiments at the Fermi National Accelerator Laboratory (Fermilab) in the US suggested something odd was going on when the momentum of the particles was cranked right up to the brink of what the detectors could measure.

So researchers set about a new experiment. Dubbed SeaQuest, its hodgepodge mix of old detectors and blinking scintillators was designed to get to the bottom of the quarks sloshing around inside protons with greater precision than ever.

It’s taken the team 20 years of smashing up particles and sifting through the data, but they’ve finally confirmed there really is a confusing imbalance in the antimatter inside every proton.

Quarks come in a variety of styles, given cute names like up and down, top and bottom, charm and strange. When two up quarks and a bottom quark stick together using the strong nuclear force, we call the trio a proton. 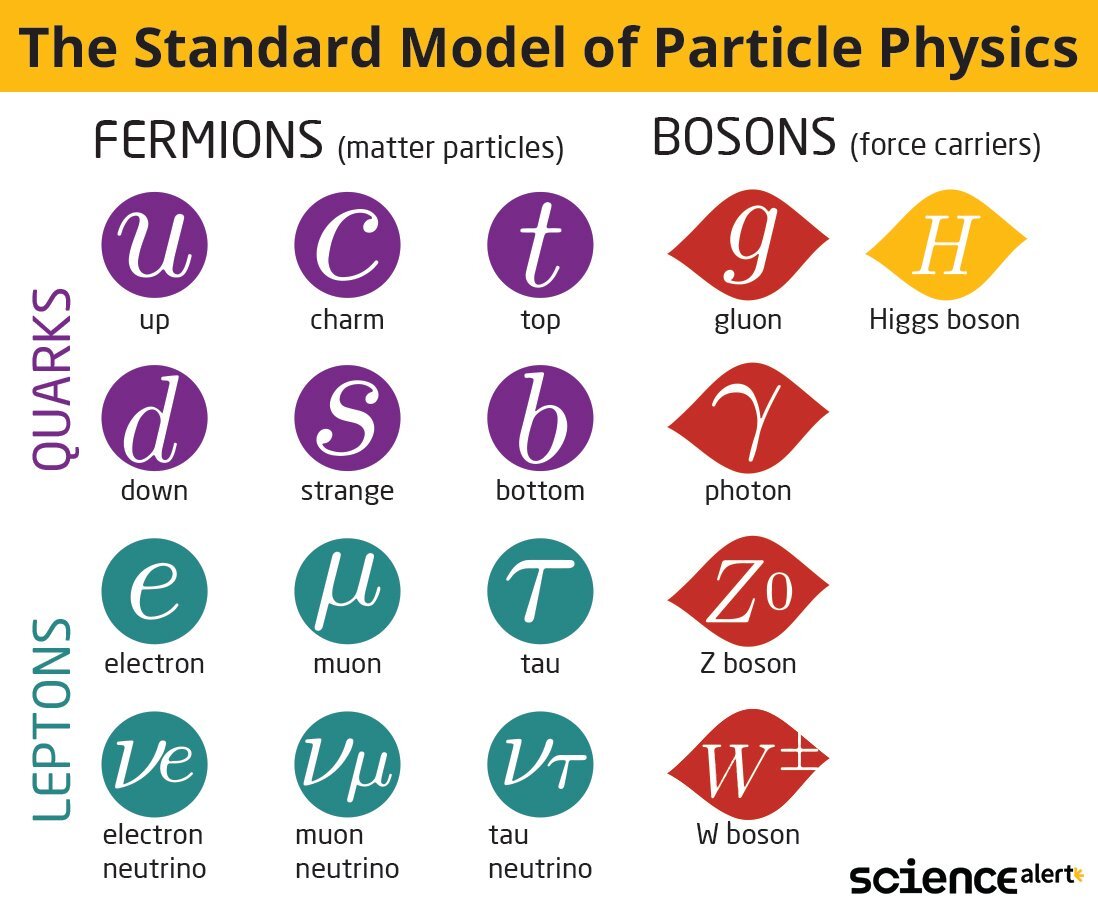 That’s the simple explanation. The true nature of this three-piece is a frothing mess of part-time particles emerging and vanishing like vast numbers of sailors drowning in a storm.

Just to add complications, for every one of those quark types there’s a mirror opposite. An antiquark.

When one type of quark meets its antiquark match, the pair vanish back into the sea, leaving a virtual flicker of a photon in its wake. That photon also quickly changes, making for a rich cast of particles and antiparticles appearing and disappearing in a chaotic flash.

“The fleeting nature of the quark-antiquark pairs makes their presence in the protons difficult to study, but in this experiment, we detected the annihilations of the antiquarks, which gave us insight into the asymmetry,” says physicist Paul Reimer from the US Department of Energy’s Argonne National Laboratory.

Since up and down quarks have much the same mass, there’s never been any reason to think the seething quantum fog shouldn’t give preferential treatment to the creation of either antiparticle counterpart.

From a distance, cancellations even out to give the appearance of a stable triplet of quarks. At least, that was the theory.

Those early 1990s experiments revealed reality is a bit more complicated, with more antiquarks of the down variety popping up than those of the up variety, leaving physicists with a confusing asymmetry in their quantum accounting.

One explanation might lie in how protons can briefly transform into neutrons by emitting – and then quickly reabsorbing – one of those quark-antiquark pairs, called a pion.

On the other hand, if we imagine a proton like a balloon of quarks zipping about with a variety of energies, those momentums could also have something to say on the kinds of quarks popping in and out of existence.

Just before the turn of the millennium, researchers ran experiments on quark momentums, providing a wider scope to measure and predict their characteristics.

While the testing pushed the limits of the apparatus, these ‘NuSea’ data suggested once the quark’s momentum was high enough, some flavours of antiquark did indeed become more common. Only this time it was the up ones.

SeaQuest’s data contradict those results, finding that whatever the quark’s momentum, it’s the down antiquarks that dominate, even at the highest momentum measured.

These are just the kind of data physicists need to begin to tease apart exactly which model – if either – explains the proton’s churning guts.

“We still have an incomplete understanding of quarks in a proton and how they give rise to the proton’s properties,” says Reimer.

As always in particle physics, a lot more information is needed before the matter is settled. Those nuclear matryoshka dolls at the heart of every atom aren’t so quick to reveal their secrets quite yet.

New NASA Nuclear Rocket Plan Aims to Get to Mars in Just 45 Days
Astronomers Just Discovered a ‘Bear’ on Mars
Dozens in 7,000 Year Old Mass Grave Were Carefully Decapitated After Death
This Species of Carnivorous Plant Evolved Into a Toilet And Is Now Winning at Life
An Iceberg The Size of London Has Broken Free From Antarctica Ice Shelf