Russian scientists on Saturday launched one of the world’s biggest underwater space telescopes to peer deep into the Universe from the pristine waters of Lake Baikal.

The deep underwater telescope, which has been under construction since 2015, is designed to observe neutrinos, the smallest particles currently known. 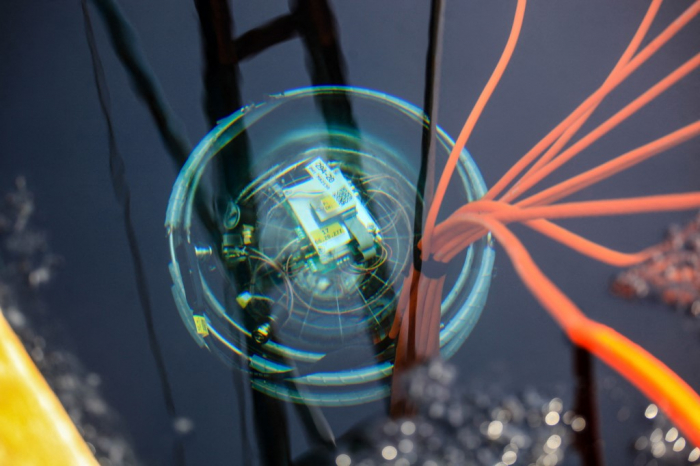 Neutrinos are very hard to detect and water is an effective medium for doing so.

The floating observatory consists of strings with spherical glass and stainless steel modules attached to them.

On Saturday, scientists observed the modules being carefully lowered into the freezing waters through a rectangular hole in the ice.

“A neutrino telescope measuring half a cubic kilometer is situated right under our feet,” Dmitry Naumov of the Joint Institute for Nuclear Research told AFP while standing on the lake’s frozen surface.

In several years the telescope will be expanded to measure one cubic kilometer, Naumov said. 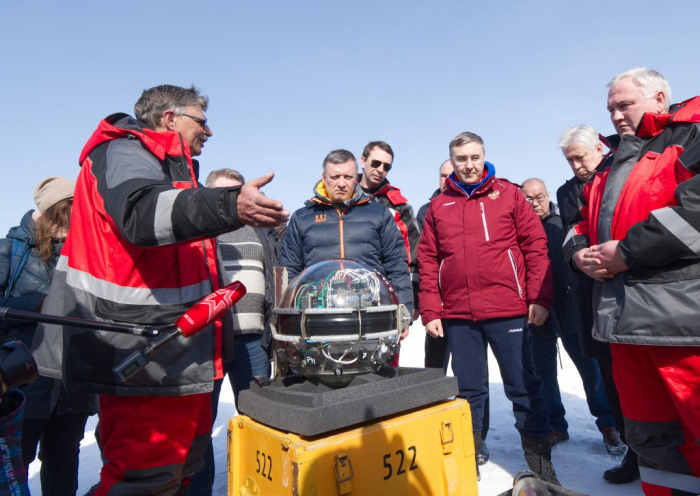 The Baikal telescope will rival Ice Cube, a giant neutrino observatory buried under the Antarctic ice at a US research station at the South Pole, he added.

Russian scientists say the telescope is the largest neutrino detector in the Northern Hemisphere and Lake Baikal – the largest freshwater lake in the world – is ideal for housing the floating observatory.

“Of course, Lake Baikal is the only lake where you can deploy a neutrino telescope because of its depth,” Bair Shoibonov of the Joint Institute for Nuclear Research told AFP.

“Fresh water is also important, water clarity too. And the fact that there is ice cover for two-two and a half months is also very important.”

The telescope is the result of a collaboration between scientists from the Czech Republic, Germany, Poland, Russia, and Slovakia.

Embers of an Ancient Inferno Pinpoint The Worst Extinction in Earth’s History
Bar Graphs Induce a Hidden Bias in Interpretation, Experiment Shows
Black Swans Could Be Entirely Wiped Out by a Single Virus, Scientists Warn
Could ‘The Last of Us’ Ever Happen? The Real Risks of a Fungus Pandemic
Physicists Used Sound Waves to Give a Tiny Sun Its Own Kind of Gravity