There’s been a fabulous new achievement in particle physics.

For the first time, scientists have managed to image the orbits of electrons within a quasiparticle known as an exciton – a result that has allowed them to finally measure the excitonic wave function describing the spatial distribution of electron momentum within the quasiparticle.

This achievement has been sought since the discovery of excitons in the 1930s, and while it may sound abstract at first, it could help in the development of various technologies, including quantum tech applications.

“Excitons are really unique and interesting particles; they are electrically neutral which means they behave very differently within materials from other particles like electrons. Their presence can really change the way a material responds to light,” said physicist Michael Man of the Okinawa Institute of Science and Technology (OIST) Femtosecond Spectroscopy Unit in Japan.

“This work draws us closer to fully understanding the nature of excitons.” 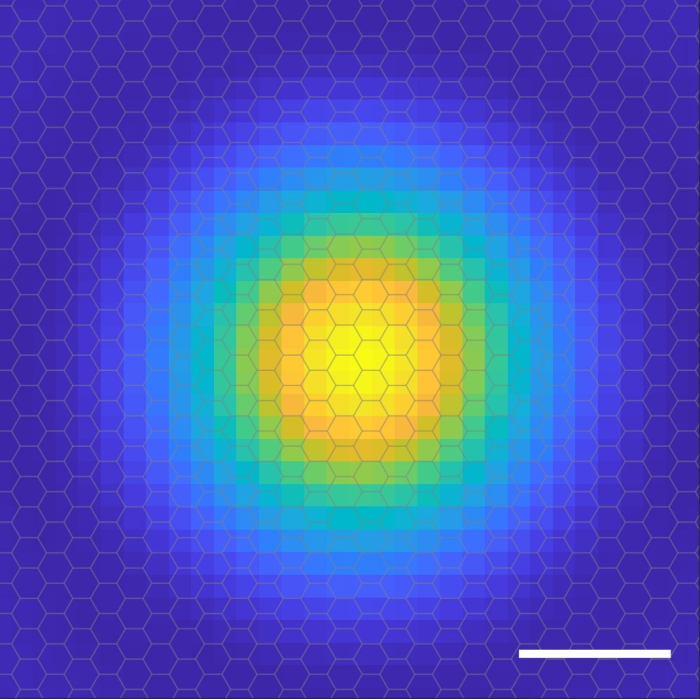 The electron probability distribution of an exciton shows where the electron is most likely to be. (OIST)

An exciton is not a true particle, but a quasiparticle – a phenomenon that emerges when the collective behavior of particles causes them to act in a particle-like way. Excitons emerge in semiconductors, materials that are more conductive than an insulator, but not quite enough to count as conductors proper.

Semiconductors are useful in electronics, since they allow for a finer degree of control over the flow of electrons. Difficult as they are to observe, excitons play an important role in these materials.

Excitons can form when the semiconductor absorbs a photon (a particle of light) that elevates negatively charged electrons to a higher energy level; that is, the photon ‘excites’ the electron, which leaves a positively charged gap called an electron hole. The negative electron and its positive hole become bound together in a mutual orbit; an exciton is this orbiting electron-electron hole pair.

But excitons are very short-lived, and very fragile, since the electron and its hole can come back together in just a fraction of a second, so actually seeing them is no mean feat.

“But up until very recently, one could generally access only the optical signatures of excitons – for example, the light emitted by an exciton when extinguished. Other aspects of their nature, such as their momentum, and how the electron and the hole orbit each other, could only be described theoretically.”

This is a problem the researchers have been working to solve. In December of last year, they published a method of directly observing the momenta of the electrons. Now, they’ve used that method. And it worked.

The technique uses a two-dimensional semiconducting material called tungsten diselenide, housed in a vacuum chamber that’s cooled to a temperature of 90 Kelvin (-183.15 degrees Celsius, or -297.67 degrees Fahrenheit). This temperature needs to be maintained to keep the excitons from overheating.

A laser pulse creates excitons in this material; a second, ultra-high energy laser then kicks the electrons out entirely, into the void of the vacuum chamber, which is monitored by an electron microscope.

This instrument measures the speeds and trajectories of the electrons, which information can then be used to work out the initial orbits of the particles at the point at which they were kicked out of their excitons. 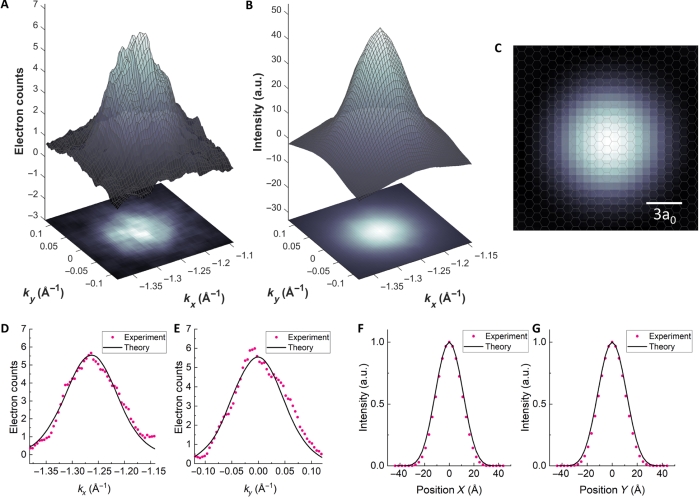 “The technique has some similarities to the collider experiments of high-energy physics, where particles are smashed together with intense amounts of energy, breaking them open. By measuring the trajectories of the smaller internal particles produced in the collision, scientists can start to piece together the internal structure of the original intact particles,” Dani explained.

“Here, we are doing something similar – we are using extreme ultraviolet light photons to break apart excitons and measuring the trajectories of the electrons to picture what’s inside.”

Although it was delicate, time-consuming work, the team was able to finally measure the wave function of an exciton, which describes its quantum state. This description includes its orbit with the electron hole, allowing physicists to accurately predict the electron’s position.

With some tweaking, the team’s research could be a huge leap forward for exciton research. It could be used to measure the wave function of different exciton states and configurations, and probe the exciton physics of different semiconducting materials and systems.

“This work is an important advancement in the field,” said physicist Julien Madeo of the OIST Femtosecond Spectroscopy Unit.

The team’s research has been published in Science Advances.

Sword Mistaken For Replica Is Actually An Ancient 3,000-Year-Old Weapon
These Binary Stars Are So Close Together That Their Year Is Only 20.5 Hours Long
Astronomers Just Discovered a ‘Bear’ on Mars
Scientists Have Built a Macroscopic Tractor Beam Using Laser Light
These 5 Traces of Ancient Ancestors Still Exist in Human Bodies Today