Researchers have created the thinnest unsupported gold sheets ever created in a lab, producing infinitesimal slivers of the precious metal that are only two atoms thick.

These vanishingly thin gold sheets – approximately 1 million times thinner than a human fingernail – measure just 0.47 nanometres in thickness, representing a new breakthrough in the fabrication of 2D materials, like graphene.

“The previous reported thinnest unsupported 2D gold nanosheets have a minimum thickness of 3.6 nanometres,” nanomaterials physicist Sunjie Ye from the University of Leeds in the UK told Newsweek.

“Our work represents the first fabrication of freestanding 2D gold with a sub-nanometre thickness, that is, we have brought 2D gold to sub-nanometre scale, which is a new focus of nanotechnology.” 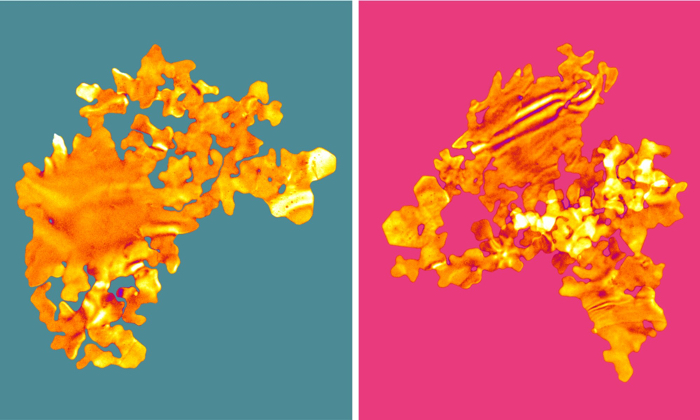 Normally with gold, people get excited when there’s more of it, not less.

In terms of 2D nanomaterials, though, extreme thinness is prized due to the “unique electronic, mechanical, and surface‐related properties that arise from their reduced dimensionality,” Ye and her team explain in a new paper on their research.

Gold, for instance, can be used as a catalyst to speed up chemical reactions, and the extreme thinness of the newly developed sheets – composed of just two layers of atoms sitting on top of one another – means every atom is exposed on the surface of the sheet.

In other words, while it’s not as atomically thin as graphene (which is famously just one atom thick), all of the gold’s atoms are nonetheless surface atoms, with no ‘bulk’ atoms buried under the surface.

“Because the nanosheets are so thin, just about every gold atom plays a part in the catalysis,” explains molecular researcher Stephen Evans from the University of Leeds.

“It means the process is highly efficient. Our data suggests that industry could get the same effect from using a smaller amount of gold, and this has economic advantages when you are talking about a precious metal.” 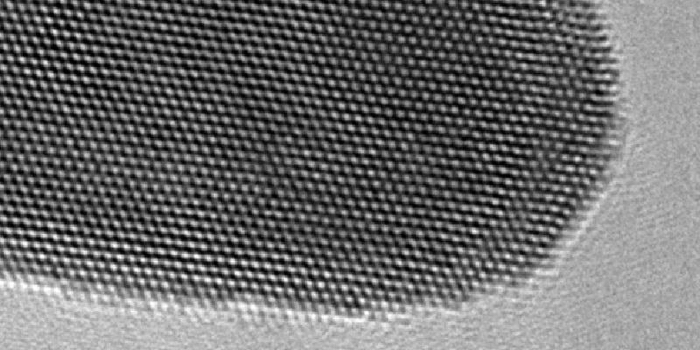 In the team’s testing, their thinnest freestanding 2D gold ever – which the team calls ‘gold nanoseaweed’ – is 10 times more efficient than gold nanoparticles used for the same catalyst purposes.

One of the reasons the researchers call their creation ‘gold nanoseaweed’ is because of how the tiny gold flakes look; another is the aqueous environment in which the nanomaterial takes form.

To synthesise the 2D gold, the researchers mixed chloroauric acid (an inorganic compound that contains gold) in an aqueous solution containing sodium citrate.

When methyl orange is added to the solution, it acts as a confinement agent that prevents the gold in the chloroauric acid from forming in 3D shapes, as it normally would.

“This natural tendency toward 3D growth can be suppressed by the introduction of confinement to induce anisotropic growth,” the authors write.

Before now, though, there was “no synthetic strategy that allows ambient wet‐chemical synthesis of free‐standing atomically‐thin 2D metal nanostructures”.

Thanks to the team’s research though, that’s no longer the case.

Beyond catalysis, the researchers say the gold nanoseaweed could turn out to be useful in electronic sensors, medical diagnostic tests, and water purification systems.

But the bigger advancement here could be the aqueous fabrication process itself, which Ye says could change the state of nanomaterial manufacturing.

“Our synthesis strategy opens new avenues to the bottom‐up preparation of ultra-thin 2D metal nanostructures with enhanced performance and multiple functionalities,” the researchers write, “which would potentially extend our understanding of the underlying fundamental science and may lead to the unveiling of unprecedented phenomena and properties.”

The findings are reported in Advanced Science.

Here’s How NASA Determines Which Applicants Make It to Be Astronauts
There’s a Weird Link Between Teeth And The Evolution of Pregnancy
Rare Fossil of Extinct American Lion Discovered Thanks to The Mississippi Drying Up
Pendants From Stone Age Graves Revealed to Be Made of a Gruesome Material
Unabated Carbon Is Shrinking Earth’s Upper Atmosphere, Scientists Warn