A Chinese satellite mysteriously broke apart in March, scattering into dozens of pieces. Now, a Harvard astronomer has discovered what likely happened: It seems to have collided with a chunk of a Russian rocket.

“This looks to be the first major confirmed orbital collision in a decade,” Jonathan McDowell, who spotted the probable crash in a data log from the US Space Force, said on Twitter.

Space Force sensors detected new debris from the breakup of the Chinese satellite, called Yunhai 1-02, in mid-March. Yunhai 1-02 launched in 2019, so it was relatively young and should have been in good enough shape to not fall apart on its own. No verdict about the cause was ever announced.

But the Space Force did quietly update its space-debris catalogue with a new hint on Saturday. Object 48078, a piece of a Russian Zenit-2 rocket that launched in 1996, is now listed with a peculiar note: “collided with satellite.”

McDowell spotted that new listing and shared it on Twitter. He went back through the orbital data and found that the Russian rocket chunk and the Yunhai satellite passed within 0.6 miles (1 kilometer) of each other at the exact time and day that Yunhai broke apart.

That passing distance is within the margin of error. Both objects would have been zipping around Earth faster than a bullet, so any contact would result in an explosion of debris. The crash created 37 known bits of debris, according to McDowell, though he added that there are probably more uncatalogued pieces.

It doesn’t look like the collision was “catastrophic,” McDowell said, since the Yunhai satellite has made several orbital adjustments since March, indicating that China can still control it.

“It’s a moderately big deal,” McDowell told Insider. “It shows that these smaller non-catastrophic collisions are becoming a thing – we will see more and more of them.” 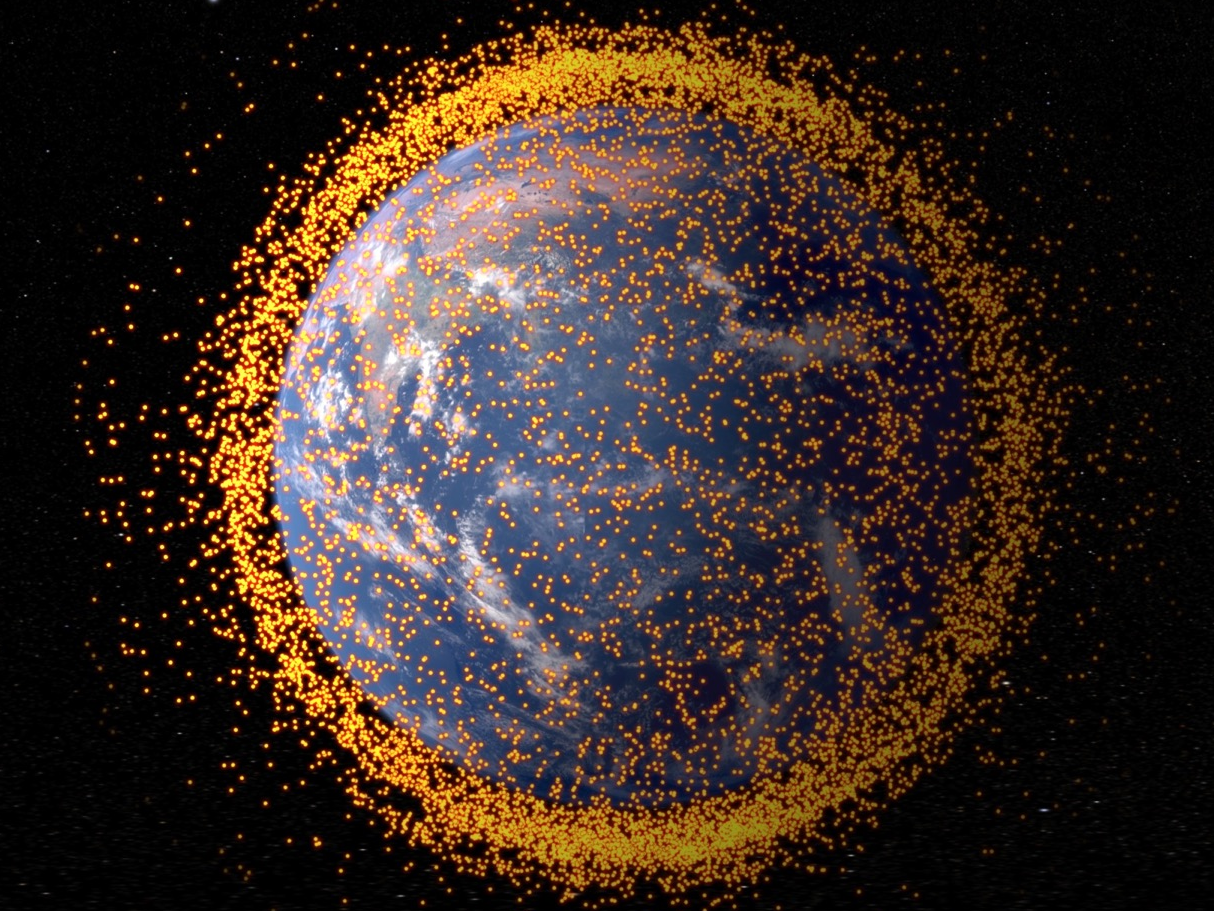 The dangers of space debris

The last time two large objects orbiting Earth crashed into each other was in 2009, when a defunct Russian military satellite careened into an active Iridium communications satellite above Siberia. That collision, along with a prior one in 2007, increased the amount of large debris in low-Earth orbit by about 70 percent.

There have been several false alarms and close calls since then. A dead Soviet satellite and a discarded Chinese rocket body sped past each other in space in October, after orbital models suggested they were at “very high risk” of colliding.

In January 2020, a dead space telescope and an old US Air Force satellite beat alarming odds of crashing over Pittsburgh, Pennsylvania. In both incidents, nobody could control the satellites to avoid collision.

Already, nearly 130 million bits of space junk surround Earth – from abandoned satellites, spacecraft that broke apart, and other missions. That debris travels at roughly 10 times the speed of a bullet, which is fast enough to inflict disastrous damage to vital equipment, no matter how small the pieces. Such a hit could kill astronauts on a spacecraft. 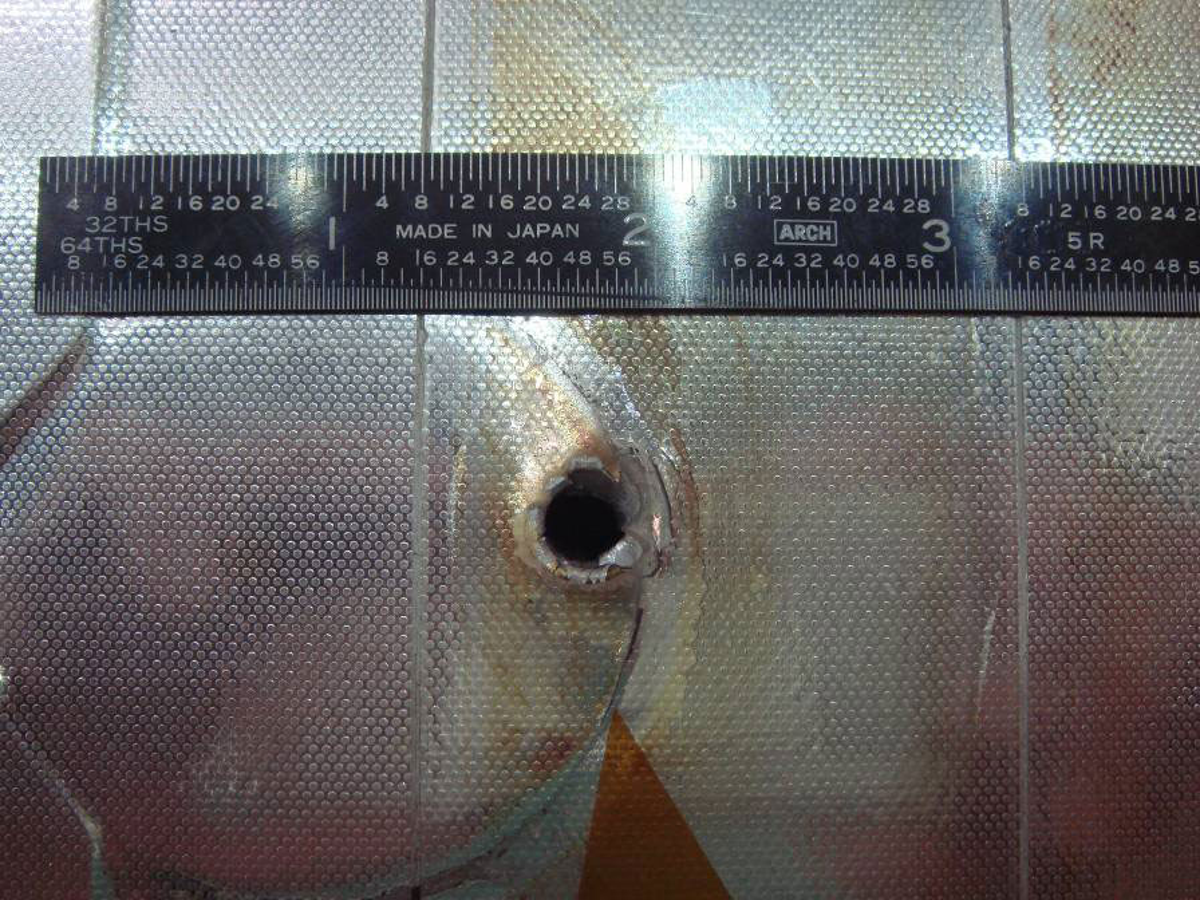 Above: A space-debris hit to space shuttle Endeavour’s radiator, found after one of its missions. The entry hole is about 0.25 inches wide, and the exit hole is twice as large.

Every time objects in orbit collide, they can explode into new clouds of tiny chunks of high-speed debris. In fact, the piece of debris that hit the Chinese satellite may have broken off of the original Russian rocket in an earlier collision.

“That’s all very worrying and is an additional reason why you want to remove these big objects from orbit,” McDowell told Space.com, which first reported his discovery. “They can generate this other debris that’s smaller.”

Experts expect more near-collisions like this if nobody removes dead satellites and old rocket bodies from space.

JWST Has Found Life’s Elemental Building Blocks in The Depths of Darkest Space
A 17th-Century Aristocrat Had a Crafty Secret For Keeping Her Teeth
Lightning Strikes Create a Strange Form of Crystal Rarely Seen in Nature
There’s a ‘Lost City’ Deep in The Ocean, And It’s Unlike Anything We’ve Ever Seen
Intriguing Meteorite From Mars Reveals ‘Huge Organic Diversity’, Scientists Say