SpaceX has a new all-star crew member, though it’s anything but human: It’s a $US20 plush-toy planet that astronauts call “Little Earth” or “Earthy”.

No humans flew on the historic commercial mission, called Demo-1 – only a crash-test dummy named Ripley, 400 pounds of cargo, and the fuzzy toy Earth. However, NASA described the mission as “absolutely critical” in its effort to replace the space shuttle (which retired in July 2011).

NASA administrator Jim Bridenstine even hailed the mission as “the dawn of a new era in American human spaceflight” after Crew Dragon came back to Earth on Friday. In the coming months, SpaceX and NASA will analyse data gathered during the flight to prepare Crew Dragon for its first human passengers: NASA astronauts Bob Behnken and Doug Hurley.

“He’s going to welcome us aboard, probably, when we get there,” Behnken said Friday during a NASA TV broadcast.

“I think Anne and David and Oleg have trained him up well. Hopefully he can walk us through the emergency brief and he’s a full-fledged station crew member by the time that we get there.”

Here’s what Earthy has been up to, and when it may come back…

SpaceX’s Demo-1 mission was designed to show NASA that its Crew Dragon spaceship is safe for flying astronauts.

So SpaceX put 400 pounds of cargo inside and placed a crash-test dummy in one of the vehicle’s seats. The mannequin was named “Ripley” after the lead character in the “Alien” sci-fi movie series. But seemingly on a whim, Elon Musk also tethered a toy Earth (made by the company Celestial Buddies) to another seat. “Super high tech zero-g indicator added just before launch!” Musk tweeted, referring to the fact that the toy would float around.

SpaceX then launched Crew Dragon before dawn on March 2, 2019.

A day later, it caught up to the International Space Station and docked with the football-field-size orbiting laboratory. The crew opened the hatch and emptied the cargo, hailing SpaceX’s arrival as historic. McClain immediately took to the Little Earth. Soon, McClain started having some fun with the doll. “Yes buddy, that’s your Mother Earth. Isn’t she beautiful?” she said in a tweet with this photo. “Earth will learn a lot during his busy week on @Space_Station — today he kept me company while we checked our suit sizing to account for space growth (I am 2 inches taller than when I launched!)” McClain tweeted. “Earth’s second day on @Space_Station started early, but he was happy to learn that even in space, the day starts off with coffee,” McClain wrote on Tuesday. “Then it was emergency mask donning practice with @Astro_DavidS [Saint-Jacques],” she added. “If there’s an (unlikely) ammonia leak, we have just seconds to protect ourselves.” McClain also enlisted Earthy in what she called “some plumbing work.” This selfie was taken while the two of them floated in front of the ISS toilet’s inner workings. 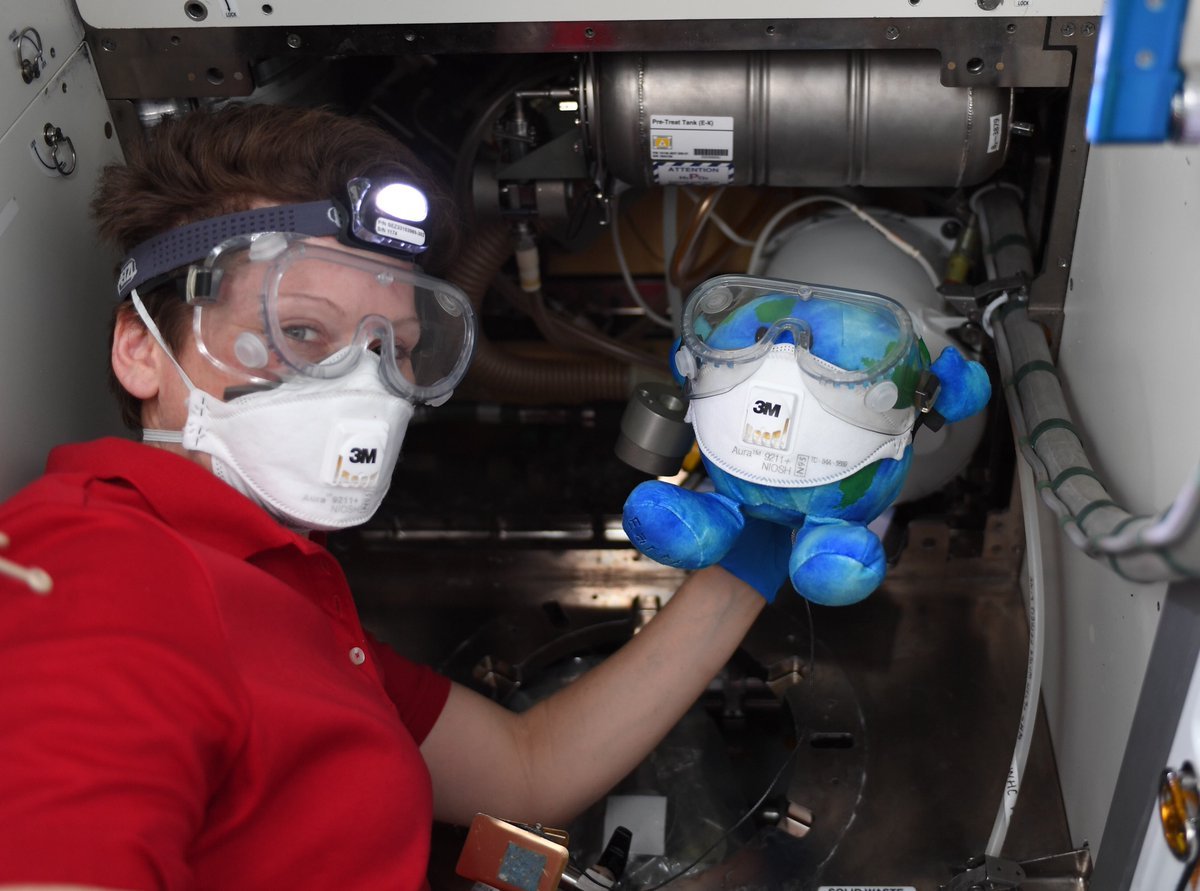 “Preventative maintenance keeps us flying! He also learned how schedules keep us synced with the ground [control] centres,” McClain added. “What should he do tomorrow?” 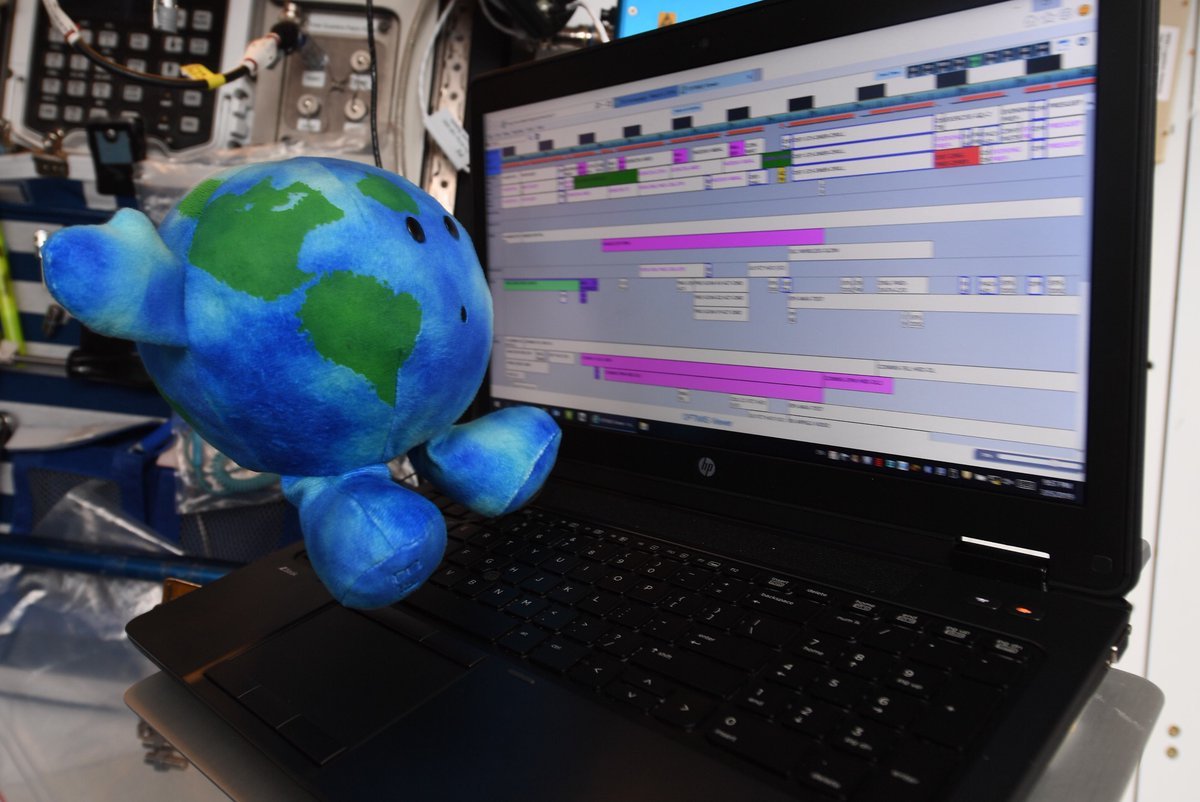 “Earth’s 3rd day started with getting the blood (plasma?) pumping!” McClain tweeted on Wednesday after she exercised. “First the treadmill, then weights — he even got some deadlifts in with me,” she added. “It is important to exercise every day, not just for our muscles but also to protect our bones from losing density in microgravity,” she said. 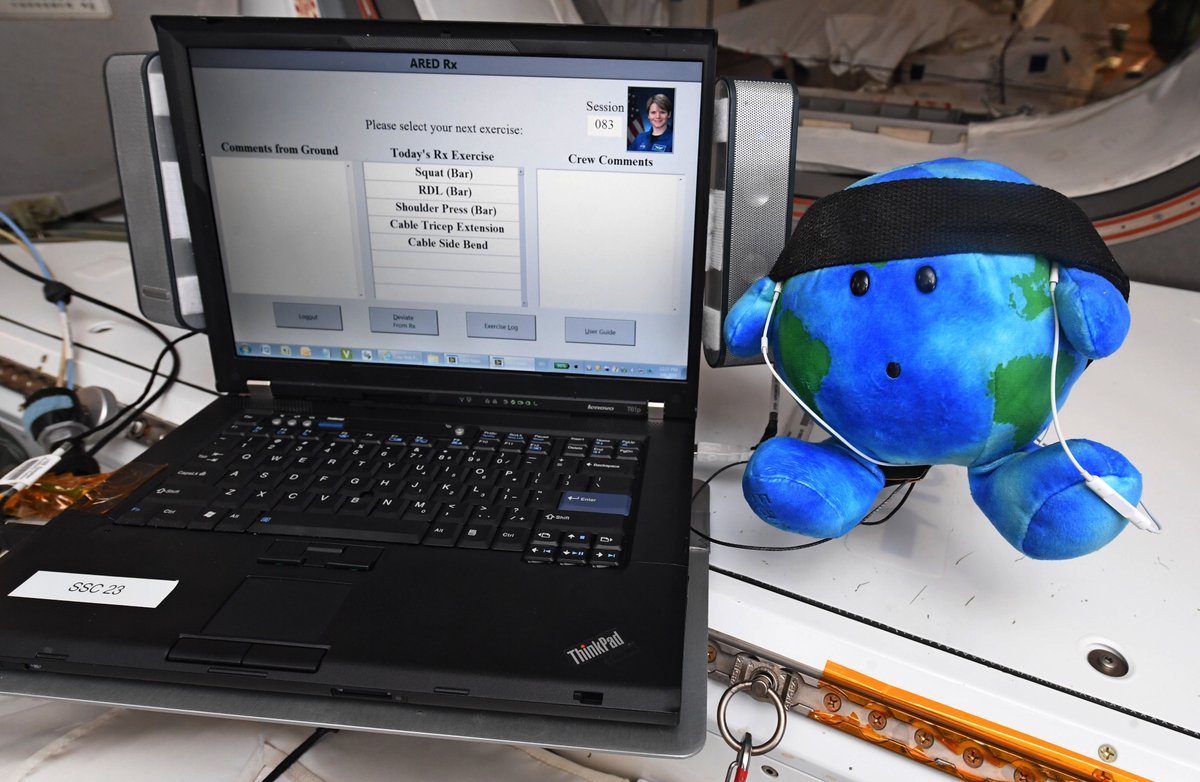 “Earth’s 3rd day was busy! Briefings on how we manage trash and how to work the controls for @csa_asc Canadarm2,” McClain tweeted. “No, you cannot take it for a spin!” she added. After that: “A lesson on Soyuz descent with @Astro_DavidS (our lifeboat to get home in an evacuation, have to keep skills sharp),” McClain said. Saint-Jacques even sat Earthy in the reclined seat of the Russian spacecraft. At the end of a long day of work, the astronauts even set up a dinner date for Earthy. “A favourite of the crew, group dinner!” McClain tweeted. “The candlelight dinner was also attended by Paxi, who is from @esa [the European Space Agency].” When it came time to close the hatch of Crew Dragon so that it could fly back home, it became apparent that the ISS crew had kidnapped Little Earthy and kept the toy on the ISS. Behnken and Hurley are scheduled to fly to the space station on SpaceX’s Crew Dragon — the company’s first-ever crewed mission — in July. But that assumes Demo-1’s safety analysis passes, and that an upcoming (and uncrewed) in-flight escape test goes well. 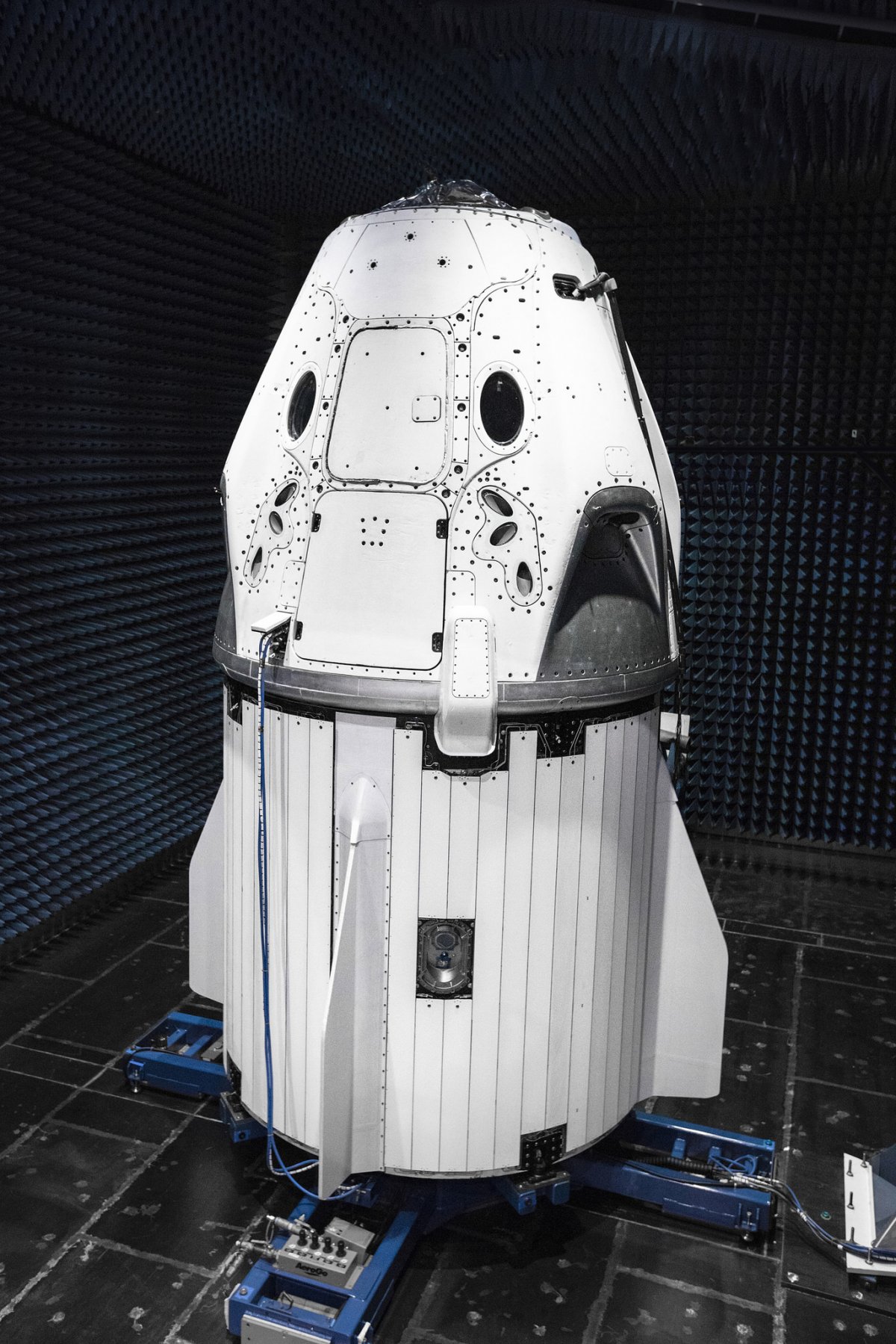 Behnken — a two-time spaceflight veteran — said that once he flies Crew Dragon to the ISS, he’s looking forward to seeing sunrises and sunsets from space again. “They’re just remarkable from on-orbit,” he said. “You can’t get that anyplace else.” This Small Australian Marsupial Is Quite Literally Dying For Sex
AI System Detects Strange Signals of Unknown Origin in Radio Data
‘Polluted Realism’: How Monet’s Art Mirrors The Evolution of Smog
Ancient Goo Spills The Secrets of How The Egyptians Mummified Their Dead
Bigfoot Has a Very Simple Explanation, Scientist Says