Curiosity has been through some challenges. A two-year mission that’s now almost eight years and counting, storm seasons, getting covered in dust… and yet the rover is still rolling around the Red Planet and making amazing discoveries.

But sometimes, even on Mars, it’s nice to just take a break and look up at the stars. Or, in Curiosity’s case, gaze up at a very dusty Martian sky, squint a bit, and hope you can make out Earth and Venus.

Just over a week ago, Curiosity pointed it’s Mastcam up at the sky about an hour after sunset and took two images – one showing Earth and the other showing Venus.

Back on Earth, the Curiosity team stitched the two pictures together to make a panorama, and the result reminds us that Curiosity is a very long way from home. 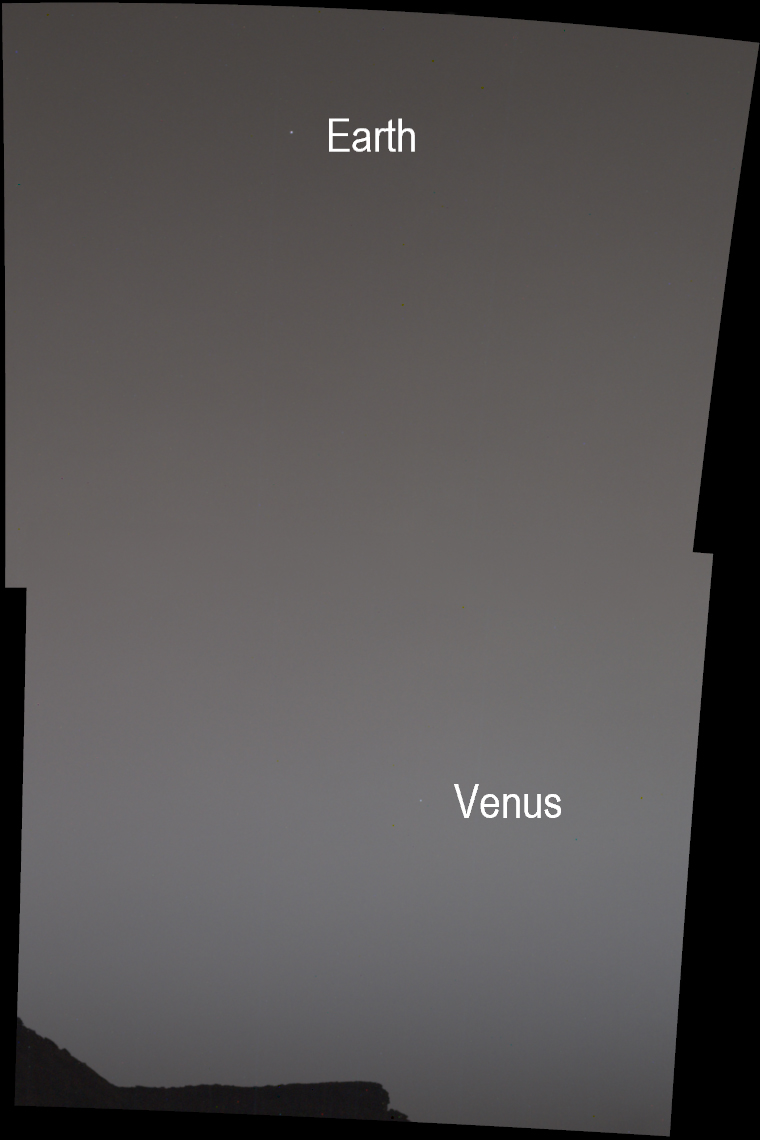 As you can see in the image above, both planets are barely visible – just tiny specks of light against a brightly lit sky. But that’s not how the view looks all the time.

“Even moderately bright stars were not visible when this image of Venus was taken,” said Mastcam co-investigator Mark Lemmon from the Space Science Institute in Boulder, Colorado.

At this time of year on Mars, there’s a considerable amount of dust in the Martian atmosphere. This dust reflects sunlight, making the sky particularly bright, meaning stars become a lot harder to see.

Back in 2014, Mastcam took another picture of Earth – in that image, the sky was much darker, and you can actually see the Moon as well.

In any case, dust comes and goes on the Red Planet. Soon enough, the sky will be back to a more stargazing-appropriate level of dust.

In the meantime, Curiosity will have its head down exploring Mars’ Mount Sharp, where it’s been rolling around since 2014.

At the bottom of the panorama image you can even see Tower Butte – a small hill that Curiosity travelled past late last month.

Just goes to show how stopping and looking up every now and then can show you where you’ve been.

People Who Don’t Exist Look More Real Than Actual People, Study Finds
Newly Discovered Fossil Reveals Hundreds of Teeth ‘Never Seen Before in a Pterosaur’
Mysterious Medieval City in Africa Had a Genius System to Survive Drought
An Expert Explains Why The Radioactive Water Stored at Fukushima Should Be Released
Scientists Reveal The Most Distant Galaxy We’ve Ever Found