A stunning flash of ultraviolet light from an exploding white dwarf has been detected by astronomers for only the second time, and could give researchers important clues about what spurs the demise of these ancient, spent stars.

Researchers became aware of this unusual supernova – called SN2019yvq – last December, only a day after the explosion took place. Within hours, scientists classified the event as a Type Ia supernova – not an unusual stellar event, ordinarily at least, except this time it was accompanied by the extremely rare flash of ultraviolet light.

“These are some of the most common explosions in the Universe,” says astrophysicist Adam Miller from Northwestern University.

“But what’s special is this UV flash. Astronomers have searched for this for years and never found it. To our knowledge, this is actually only the second time a UV flash has been seen with a type Ia supernova.” 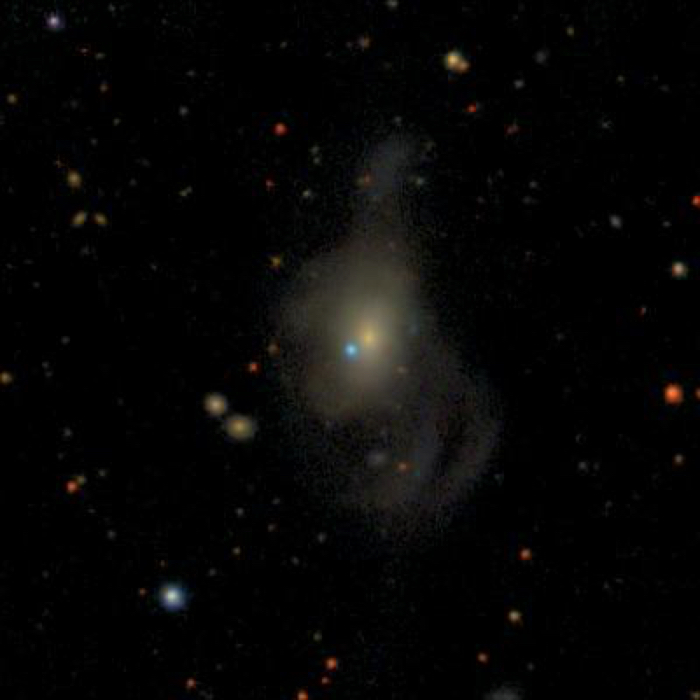 SN2019yvq took place in a galaxy approximately 140 million light-years from Earth, with the rare UV flash being seen for a couple of days before the emission ceased.

As for what was behind the strange light, the team says they’re not yet sure, because white dwarfs – exhausted stellar remnants that are usually comparatively cool – don’t usually run hot enough to generate the heat required for this kind of UV light.

“Most supernovae are not that hot, so you don’t get the very intense UV radiation,” Miller says.

“Something unusual happened with this supernova to create a very hot phenomenon.”

While ongoing observations within the next year or so are expected to narrow down the exact mechanism responsible for SN2019yvq’s flash, at present there remain four possible culprits that could have triggered these events.

Potentially, the researchers think, the white dwarf could have become unstable after consuming stellar material from a companion star in a binary system, with a collision of material between the two sparking the UV flash.

Alternatively, the flash could have resulted from a dramatic increase in heat due to mixing between the white dwarf’s inner core and outer layers, or from helium igniting carbon in the star.

While we can’t be sure which explanation yet is the best match for what transpired at SN2019yvq, as the dust from this incredible stellar event starts to settle, the picture is expected to become clearer.

“As time passes, the exploded material moves farther away from the source,” Miller says. “As that material thins, we can see deeper and deeper. After a year, the material will be so thin that we will see all the way into the centre of the explosion.”

At that point, the researchers say we should finally be able to understand what made this white dwarf explode so spectacularly, and the answers could teach us about how iron generated in supernovas gets distributed across space (ultimately helping to seed planet formation).

It may also be able to help us unravel some of the unknowns around dark energy, which is thought to affect how quickly the Universe is expanding.

“If there is a type Ia supernova in a distant galaxy, we can use it to measure a combination of distance and velocity that allows us to determine the acceleration of the Universe,” Miller says.

“Dark energy remains a mystery. But these supernovae are the best way to probe dark energy and understand what it is.”

The findings are reported in The Astrophysical Journal.

Piles of Trash From Decades of Exploration Could Put Future Missions at Risk
No One Is Quite Sure Which Species This Creepy ‘Nightmare’ Shark Belongs to
An Anatomical Quirk Could Explain Why Whale Brains Aren’t Pulverized When They Dive
Does IQ Decline as We Age? One Type of Intelligence Peaks in Your Twenties
Earth’s First Continents Sank Into The Planet Before Rising Up Again