In a giant cloud of gas and dust 1,400 light-years away, twin shadows stretch across space from a star, like the vast wings of a colossal cosmic bat. Now astronomers have caught these shadows beating – and they’re not sure what’s causing it.

The winged shadow, photographed using Hubble in 2018 and nicknamed the Bat Shadow, is caused by a disc of dust and gas around a young star. And it’s possible that the wings’ wobble is being caused by a baby planet.

“The shadow moves. It’s flapping like the wings of a bird!” said astronomer Klaus Pontoppidan of the Space Telescope Science Institute.

The star is called HBC 672, and it’s only one or two million years old.

Because it’s so young, it’s still sitting in the middle of the disc of dust and gas that fed the star as it grew. We believe that these discs then go on to clump together, forming asteroids and planets like the Solar System, but that process is a long way from complete for HBC 672.

The star and its disc are in a much larger cloud of gas and dust called a reflection nebula. It’s called this because it’s lit by stars, reflecting their light (as opposed to emission nebulae, which emit their own light). Think of HBC 672 as a light bulb, lighting up the walls of the room around it. 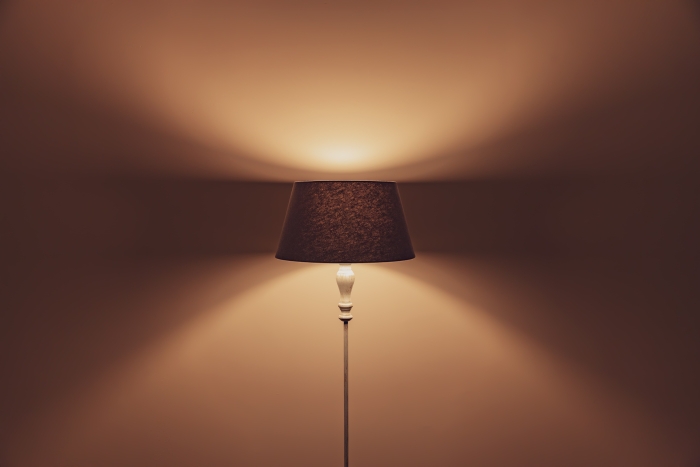 In this metaphor, the protoplanetary disc is like a cylindrical lampshade. The star’s light gleams out freely from the top and bottom of the disc, but the disc blocks the light around the middle, casting a long shadow – at least 17,000 astronomical units, or 0.24 light-years, in each direction. (For context, Pluto’s average distance from the Sun is 39 astronomical units.)

The region was studied by Hubble twice – first on 22 July 2017, and then again 404 days later, on 30 August 2018. And when Pontoppidan and his team compared these observations, they noticed that the shadow had changed position. Something was causing it to wobble.

It’s possible that the culprit is a low-mass, low-luminosity companion star orbiting outside the plane of the disc. But the team believes this is unlikely.

The other option is a double warp in the disc, as animated in the video above, introduced by a young planet on an orbit of at least 180 days – within a few astronomical units from the star – and that’s highly inclined from the plane of the disc.

With only two sets of observations, it’s hard to pin down an exact cause, but if it is a warped disc caused by an orbiting planet, then the ‘wings’ should beat at regular intervals. This periodicity could be detected with future observations.

“We suggest that further monitoring of the disk shadow from a stable platform such as Hubble, or the upcoming James Webb Space Telescope, offers a unique opportunity to constrain, in real time, the hydrodynamics of terrestrial planet-forming regions,” the researchers wrote in their paper.

These Hidden Passages May Have Been Used For Ancient Psychedelic Rituals
The deep ocean might store way less carbon than we hoped
The largest star in the Milky Way is slowly dying, and astronomers are watching
The largest bacterium has been found. It’s eyelash-length and like nothing we’ve seen
Study of Tibetan monks reveals surprising advantages of lifelong celibacy