The Red Planet, called that for its rusty oxidized soil, looks vastly different to our planet’s green and blue appearance.

“No cloud in sight and the red and ochre colors stretching to the horizon,” he wrote about the surreal scene.

“I thought I was orbiting Mars when I saw this view!” 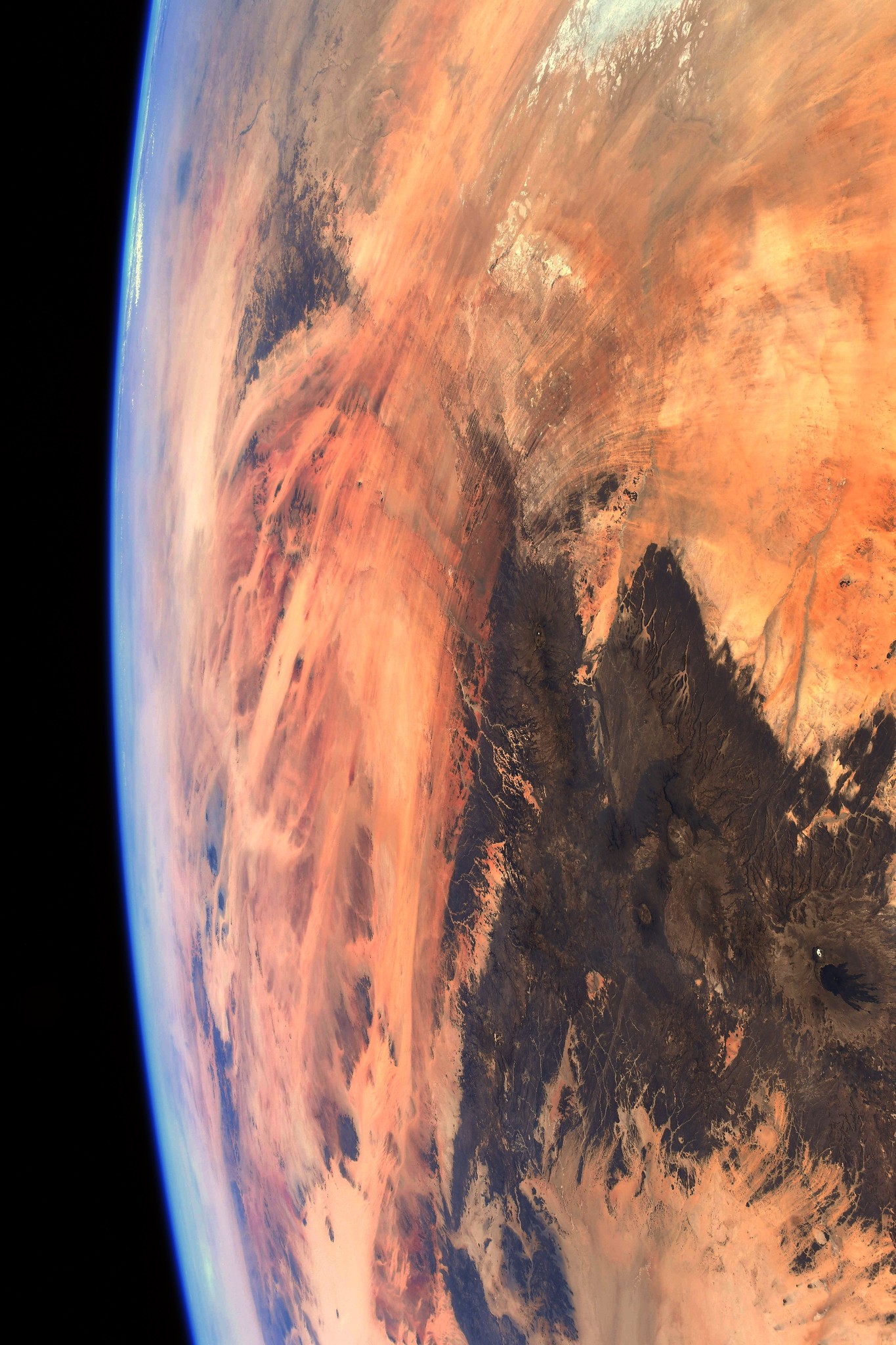 There’s a simple explanation for this cosmic mix-up – we’re looking at the equally red soil of a desert.

Unfortunately, Pesquet doesn’t let us know which one, however looking at the dark mountain ranges we think it could be the Tibesti Mountains – located in Chad and Libya in northern Africa.

Satellite view of part of the Tibesti Mountains. (Google Earth)

These mountains are part of the Sahara, a desert which takes up 31 percent of the whole continent of Africa, and which is well known for its beautiful orange sand.

However, if you were asked the question, ‘Is this photo Earth or Mars?’ and you weren’t up to scratch on your Saharan geography, there’s another feature that gives it away.

Even so, the image serves as a reminder that despite the 225 million kilometers (140 million miles) on average between Earth and Mars, sometimes these two worlds are more similar than we think.

Intriguing Meteorite From Mars Reveals ‘Huge Organic Diversity’, Scientists Say
Stunning Green Comet Will Be Closest to Earth Today, at Peak Brightness
Physicists Used Sound Waves to Give a Tiny Sun Its Own Kind of Gravity
Bigfoot Has a Very Simple Explanation, Scientist Says
Embers of an Ancient Inferno Pinpoint The Worst Extinction in Earth’s History