Within the constellation of Hercules, 230 million light years away, a fierce and drawn-out battle is finally coming to an end. A pair of colliding galaxies, pulled together by gravity, are at last laying down their arms and joining forces.

A newly released image from the Hubble Space Telescope depicts the two star systems on the brink of becoming one.

When this mighty battle was first discovered in 1784 by the astronomer William Herschel, he thought it was just one large galaxy with an abnormally round shape.

Today, we know that NGC 6052 is actually two individuals in the late stages of merging, so tightly packed that their distinct galactic edges have faded. As the two grow closer and closer, the individual stars in each will be thrown out of their original orbits and placed onto entirely new paths.

This might sound like a disaster writ large, but because galaxies are mostly empty space, actual collisions between stars are few and far between. 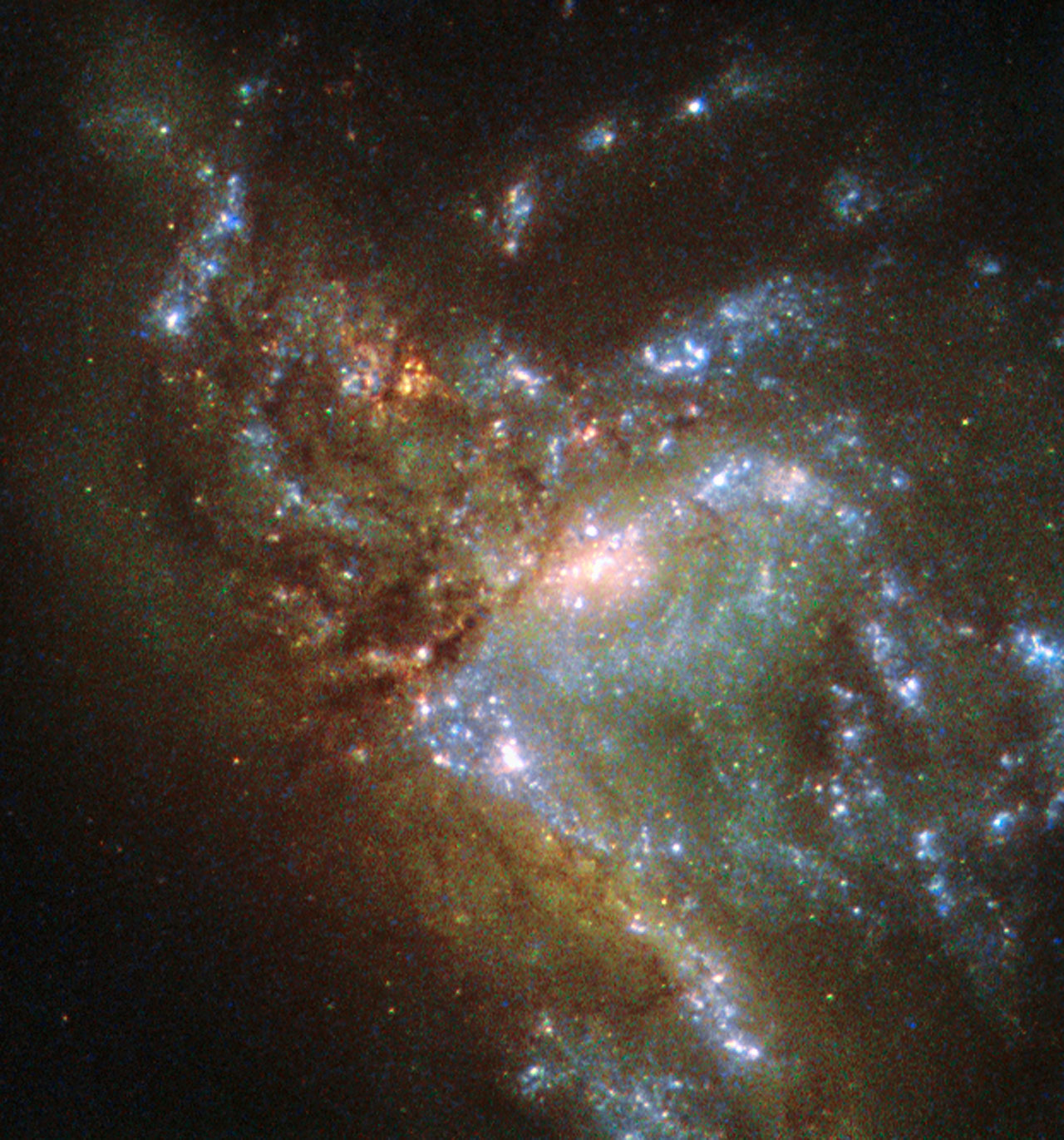 “Since the stars produce the light we see, the “galaxy” now appears to have a highly chaotic shape,” explains the European Space Agency.

“Eventually, this new galaxy will settle down into a stable shape, which may not resemble either of the two original galaxies.”

Our own galaxy, the Milky Way, is doomed to one day experience a similar fate with our next-door-neighbour, the Andromeda galaxy. But thankfully, our collision is not so imminent. Scientists say we have at least another four billion years.

Plenty of time left to continue studying hot spots like NGC 6052, unwrapping the secrets of a galaxy’s circle of life.

The image was taken by NASA’s Hubble with its old Wide Field and Planetary Camera 2 (WFPC2).

A Hidden Food Web Exists in The Desert, And It Thrives on Death
Astronomers Pinpoint The Mysterious ‘Engine’ of a Super-Powerful Intergalactic Light
Orcas Are Contaminated With a Forever Chemical Associated With an Unlikely Product
‘Polluted Realism’: How Monet’s Art Mirrors The Evolution of Smog
Jupiter Overtakes Saturn as The Planet With The Most Known Moons