In a search for ancient life on Mars, NASA will send its next rover to explore Jezero Crater – the site of a former delta and lake.

The rover, which is scheduled to launch in 2020, is equipped with a drilling system that can collect and store rock samples that contain clues to Mars’s ancient past.

“Getting samples from this lake-delta system will revolutionize how we think about Mars and its ability to harbor life,” said Thomas Zurbuchen, NASA’s associate administrator for science.

The landing site selection came after years of research and days of fierce debate over the best spot to look for evidence of ancient life on an alien world.

Among the alternatives being considered were Columbia Hills, an ancient hot spring that was explored by the now-defunct rover Spirit, and Northeast Syrtis, a network of ancient mesas that may have harbored underground water.

Ultimately, Zurbuchen said, Jezero was selected for the diversity of its terrain.

Each type of rock at the site – from clays that could preserve signs of ancient organisms to volcanic rocks that hint at Mars’s planetary evolution – should help the rover achieve its two main science goals.

First, to determine what the Red Planet’s environment was like deep in the past. And second, to figure out whether life ever got going there.

On Earth, not only are these ecosystems rich in life but also headwater organisms swept downriver can be trapped in delta sediment.

“We want to seek evidence of possible ancient life on Mars,” Farley said. They do not expect to find anything alive.

“Currently the surface of Mars is too dry, too cold and has too much radiation for life as we know it to survive.”

Results from past missions have revealed that Mars was not always the desolate desert world we see today.

Dormant volcanoes suggest it once boasted intense volcanic activity. And landforms like the dried-up delta at Jezero Crater demonstrate that liquid water existed on the surface – which means Mars may have had a thicker atmosphere to keep the water from boiling away.

This new view of Mars resembles what is known about early Earth. And scientists know microbial life began here as early as 4 billion years ago.

If it happened here, why not there?

Jezero Crater is the best place on Mars to probe that question, said Tim Goudge, a geologist at the University of Texas at Austin who is one of the leading advocates for the site.

Deltas are beloved by scientists because of the way they gather sediments from across a watershed and deposit them in layers, which eventually harden into rock.

Many of the most ancient fossils found on Earth come from this kind of environment.

If a microbe ever swam in Mars’s waterways, its organic remains may still be buried in the mudstones along the rim of Jezero Crater.

“Sedimentary rocks tell us the history of what’s been happening at a site,” Goudge said. “It’s recorded in the layers, and you can read them like a book.”

In a memo announcing his selection, Zurbuchen noted that Jezero offered opportunities for exploration after its initial mission, which will last 1.5 Martian years (or about 2.8 Earth years).

The crater is not far from an area known as Midway, which shares many characteristics with Northeast Syrtis.

At a recent workshop to assess the potential landing sites, members of the project science team for Mars 2020 said that an extended mission connecting Jezero to Midway might allow scientists to explore the best of both sites.

Jezero Crater is a more treacherous environment than the kinds NASA usually lands in.

Often, landers have to arrive at what scientists jokingly refer to as a “parking lot” – a flat, featureless region – and then drive long distances to reach rocks of actual interest.

But an innovative new technology called terrain relative navigation (TRN), which allows the spacecraft to compare images of the landscape beneath it to a map of known hazards, should make it possible for the rover to land safely.

Only about 40 percent of Mars missions have been successful. And Mars 2020 is not a low-risk endeavor. ″There is no backup plan,” Zurbuchen said Monday.

Since TRN has never been deployed before, Zurbuchen asked engineers for an additional analysis of the technology.

Without assurance that the technology will work as designed, the complex environment at Jezero might pose too high a risk for landing.

But Zurbuchen said he was happy with the progress on TRN so far. 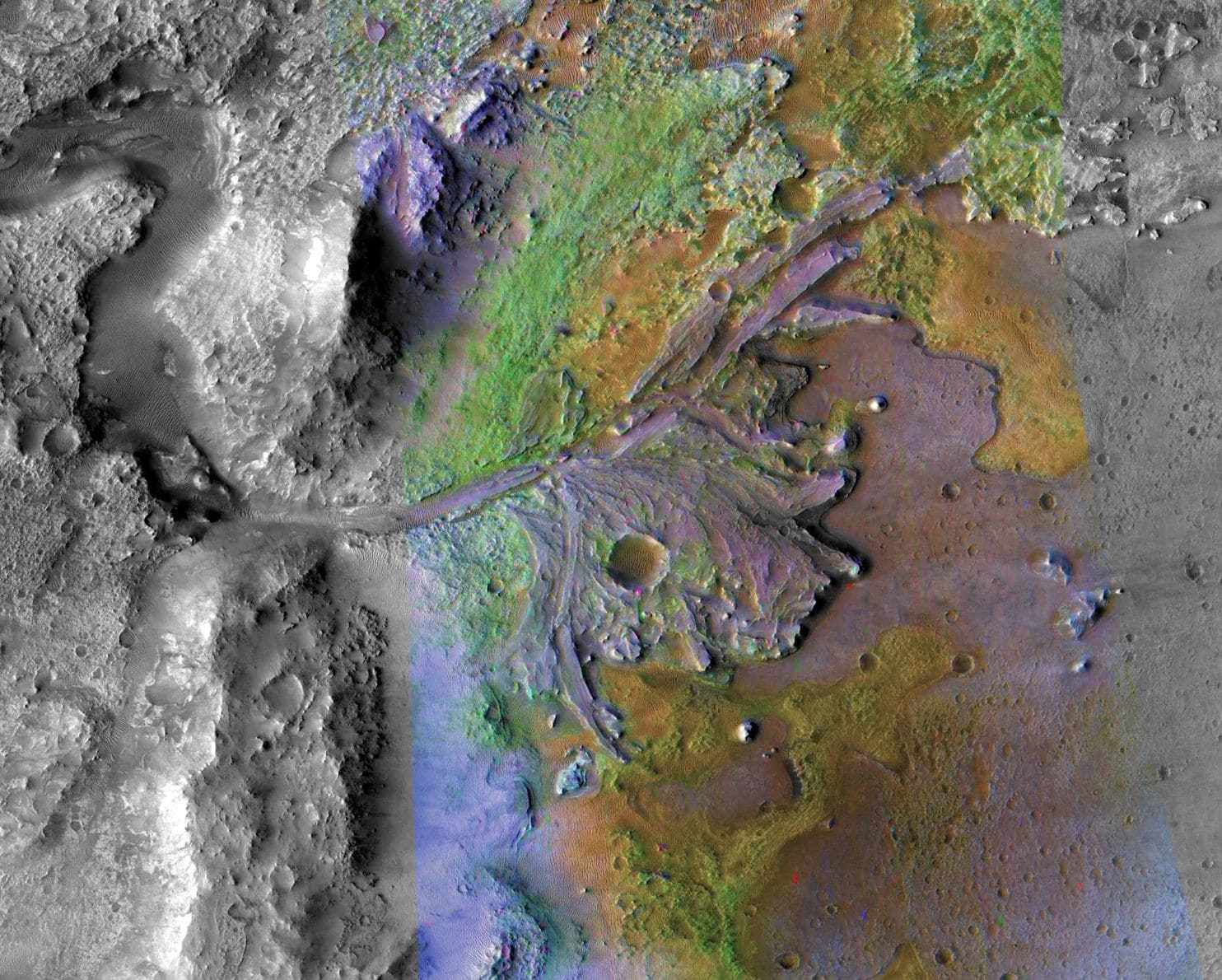 Details of the ancient water channels in Jezero Crater. (NASA/JPL-Caltech/MSSS/JHU-APL)

Lori Glaze, acting director of NASA’s Planetary Science Division, told reporters that this mission will define the next decade of Martian exploration.

“The more we understand about the Mars environment, the better equipped we’re gonna be to send humans,” she said.

The launch window for Mars 2020 opens July 17, 2020, with an expected landing in February 2021. NASA plans to launch a mission in the late 2020s to collect the cached Jezero Crater samples, according to Zurbuchen.

If the rendezvous on Mars succeeds, a returning spacecraft will make a delivery to Earth in the early 2030s.

“We’re not going to go to any other place any time soon,” Zurbuchen said. “Mars is the obvious place, after the moon, to extend our presence deeper and deeper into space.”

Scientists Reveal The Most Distant Galaxy We’ve Ever Found
Are Your Cats Playing or Fighting? Researchers Think They Can Tell The Difference
‘Funky Worm’ Fossil Helps Explain The Mysterious Origins of Amphibians
‘Extraordinarily Close’ Asteroid About to Zoom Past Earth, NASA Says
Mysterious Medieval City in Africa Had a Genius System to Survive Drought