There’s no sense in sugar-coating it – Venus is a hellish place! It is the hottest planet in the Solar System, with atmospheric temperatures that are hot enough to melt lead.

The air is also a toxic plume, composed predominantly of carbon dioxide and sulfuric acid rain clouds. And yet, scientists hypothesize that Venus was once a much different place, with a cooler atmosphere and liquid oceans on its surface.

Unfortunately, this all changed billions of years ago as Venus experienced a runaway greenhouse effect, changing the landscape into the hellish world we know today.

According to a NASA-supported study by an international team of scientists, it may have actually been the presence of this ocean that caused Venus to experience this transition in the first place.

Aside from being extremely hot, Venus also experiences virtually no variations in temperature between day or night or over the course of a year. This is attributed to its extremely dense atmosphere (93 times the pressure of Earth’s atmosphere) and the planet’s slow rotation.

Compared to Earth’s relatively fast rotation of 23 hours, 56 minutes and 4 seconds, Venus takes around 243 days to complete a single rotation on its axis.

It’s also worth noting that Venus rotates in the opposite direction of Earth and most of the other planets (retrograde rotation). Between this laboriously slow rotation, the planet’s thick insulating atmosphere, and the transfer of heat by winds in the lower atmosphere, temperatures on Venus’ surface never deviate much from the average of 462°C (864°F).

For some time, astronomers have suspected that Venus may have rotated more rapidly and in the same direction as Earth, which would have been a key factor in it being able to support a liquid ocean on its surface (and possibly even host life). As for what caused this to change, a popular theory is that a massive impact slowed Venus’ rotation and even reversed it.

For the sake of their study, which recently appeared in The Astrophysical Journal Letters, the team led by Mattias Green (a physical oceanographer from Bangalore University) with colleagues from NASA and the University of Washington tested the possibility that it was an ocean on early Venus that was responsible.

To put it simply, tides act as a brake on a planet’s rotation because of the friction generated between tidal currents and the sea floor.

On Earth, this effect changes the length of a day by about 20 seconds every million years. To quantify how much of a brake an early ocean would place on Venus, Green and his colleagues conducted a series of simulations using a dedicated numerical tidal model. 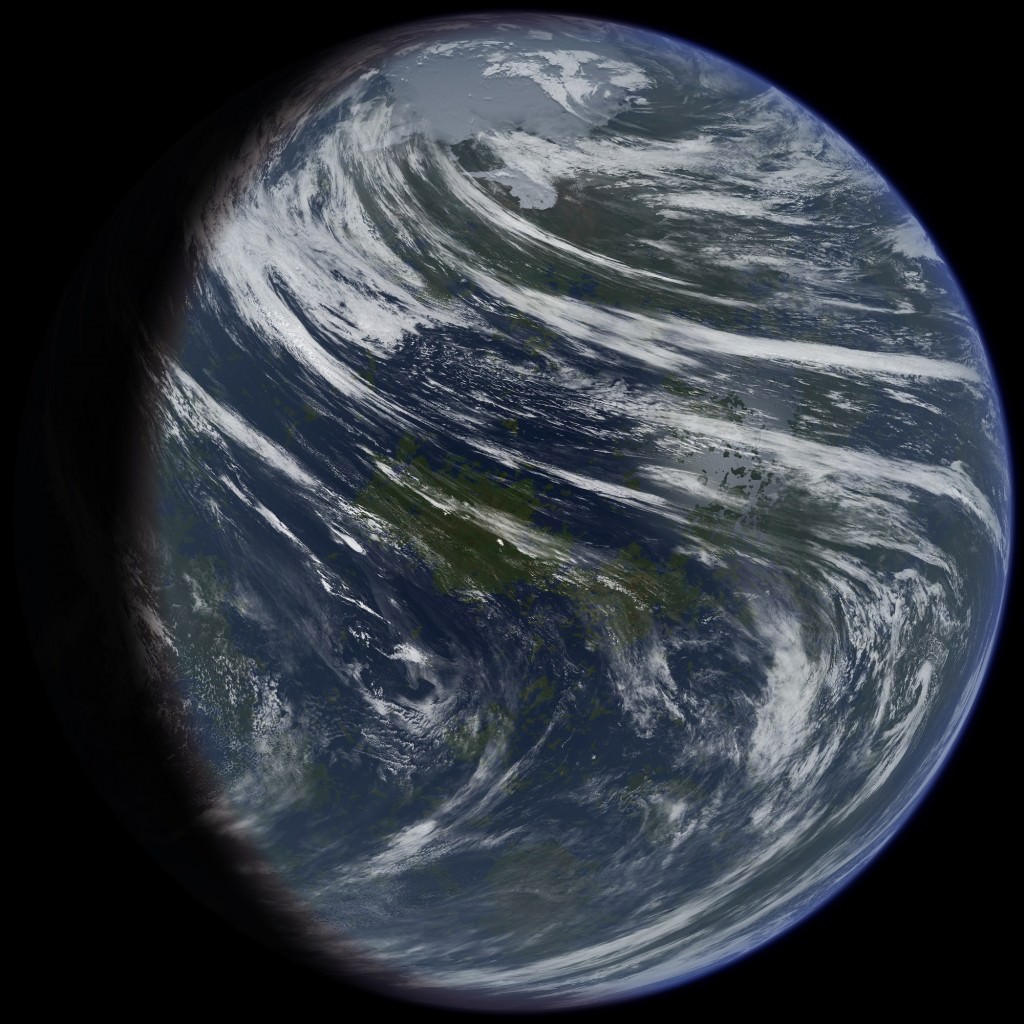 The team simulated what Venus would be like with oceans of varying depth and a rotational period ranging from 243 to 64 sidereal Earth days. They then calculated the tidal dissipation rates and associated tidal torque that would result from each. What they found was that ocean tides would have been enough to slow it down by up to 72 Earth every million years, depending on its initial rate of rotation.

This suggests that the tidal brake could have slowed down Venus to its current rotation in just 10 to 50 million years. Since it was this reduced rotation rate that caused Venus’ oceans to evaporate on its Sun-facing side, leading to the runaway greenhouse effect, this tidal disruption effectively robbed Venus of its habitability in what was (from a geological standpoint) a pretty short time frame.

Beyond offering an alternative explanation as to why Venus rotates the way it does, this study has implications that could go a long way towards answering some of Venus’ deepest mysteries. As Green said in a Bangor University news release:

“This work shows how important tides can be to remodel the rotation of a planet, even if that ocean only exists for a few 100 million years, and how key the tides are for making a planet habitable.”

In other words, tidal-braking may be the reason why Venus went from being an ocean-covered world that could have very well support life to a hot, hellish environment where nothing could survive – and in the space of a few eons. These findings could also have implications for the study of extrasolar planets, where many “Venus-like” worlds have already been found.

Astronomers could therefore assume with some confidence that exoplanets locatednear the inner edge of their circumstellar habitable zones have similar rotational periods, which were the result of their oceans slowing them down.

Perhaps, just perhaps, this study could also help inform possible future efforts at restoring Venus’ to what it looked like billions of years ago – i.e. terraforming it!

By speeding up the planet’s rotation, we would be able to significantly reduce the planet’s greenhouse effect. Then pump in tons of hydrogen to turn the dense clouds of atmospheric CO2 into water (and graphite), and Venus will have its oceans back and humans would have another planet to live on!

But of course, the new residents will have to monitor the tides carefully, to prevent the planet from turning to hell again.

Roman Coins Once Thought to Be Fake Reveal a Long Lost Historical Figure
10 Days After Its Launch, Orion Has Successfully Entered Lunar Orbit
‘SuperGPS’ Technology Accurately Pinpoints Your Position Within Inches
Scientists Revived Ancient ‘Zombie Viruses’ Frozen For Eons in Siberia
Volcanoes May Have Transformed Venus Into a Blistering Hellscape