This odd magnetic field, and the NASA Cassini mission that spent months swooping through it, represent a rare opportunity: to probe the interior of a gas giant, usually so difficult to peer into. Now, a new analysis of Cassini data has shown what might be happening inside Saturn to produce this strange magnetosphere.

This, in turn, can help us understand how Saturn came to be the way it is.

“By studying how Saturn formed and how it evolved over time, we can learn a lot about the formation of other planets similar to Saturn within our own Solar System, as well as beyond it,” said planetary physicist Sabine Stanley of Johns Hopkins University. 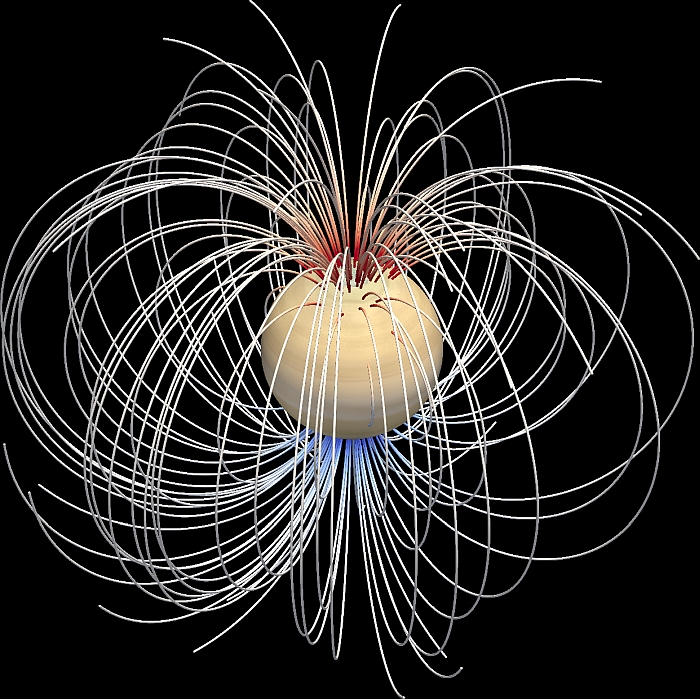 Planetary magnetic fields are (usually) generated inside the planet, by something called a dynamo – a rotating, convecting, and electrically conducting fluid that converts kinetic energy into magnetic energy, spinning a magnetic field out into space.

Because Saturn’s magnetic field has been well characterized by the Cassini probe, Stanley and her colleague, planetary scientist Chi Yan of Johns Hopkins University, decided to use it to try to reverse-engineer what’s happening in Saturn’s mysterious, opaque interior.

“One thing we discovered was how sensitive the model was to very specific things like temperature,” Stanley said. “And that means we have a really interesting probe of Saturn’s deep interior as far as 20,000 kilometers down (12,430 miles). It’s a kind of X-ray vision.” 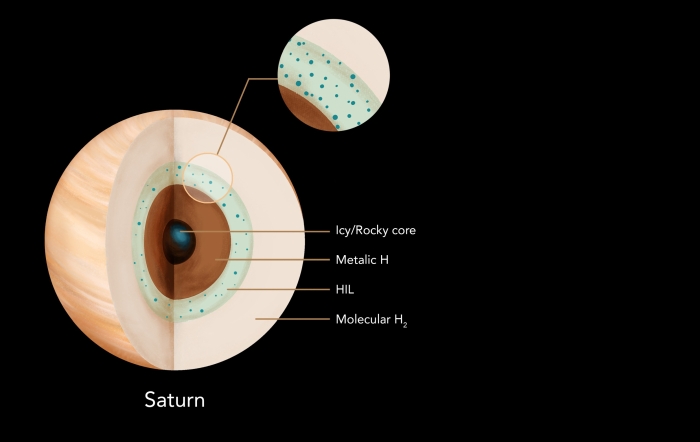 In addition, a convection-stable layer of helium rain extending out to 70 percent of the planet’s radius is favorable for reproducing the Cassini observations.

This is not a new concept. At the temperatures and pressures found inside Saturn, hydrogen and helium gases become liquid; at lower depths, the helium could separate out, forming a stable layer that rains inwards towards the planetary core.

This, according to previous research published in 2015, would explain why Saturn’s interior is hotter than expected, too.

2015 illustration of Saturn and Jupiter interiors. (University of Edinburgh/NASA)

Interestingly, the team’s models also showed that, in spite of the apparent near-perfect axisymmetry of the magnetic field in observations, there might be a little bit of non-axisymmetry – less than 0.5 percent – at the poles, the region where Cassini data is the weakest.

“Even though the observations we have from Saturn look perfectly symmetrical, in our computer simulations we can fully interrogate the field,” Stanley explained.

Future observations could help constrain this further, particularly of Saturn’s poles. But we may be waiting a long time, since those regions are hard to observe from Earth, and no other Saturn missions are currently in development.

The team’s research has been published in AGU Advances.

The Remains of This Recently Found Ancient Structure Are Even Older Than The Pyramids
An Anatomical Quirk Could Explain Why Whale Brains Aren’t Pulverized When They Dive
A New FRB Signal Has Buzzed Nearly 2,000 Times in Just Two Months, Raising a Mystery
One of The World’s Largest Organisms Is Disintegrating. Here’s How We Might Save It.
Diamond From 660 Kilometers Below Earth’s Surface Reveals a Water-Rich Environment