A mega new telescope has captured the clearest view to date of the centre of our Milky Way.

The fiery image shows in extraordinary detail the region surrounding the supermassive black hole at the heart of the galaxy – a target 25,000 light-years away.

The telescope is called the MeerKAT radio telescope, and it’s actually made up of 64 individual dishes, all of which detect radio waves. They’re built in the semi-desert Karoo region of South Africa and offer more sensitivity than any other telescope of its kind. 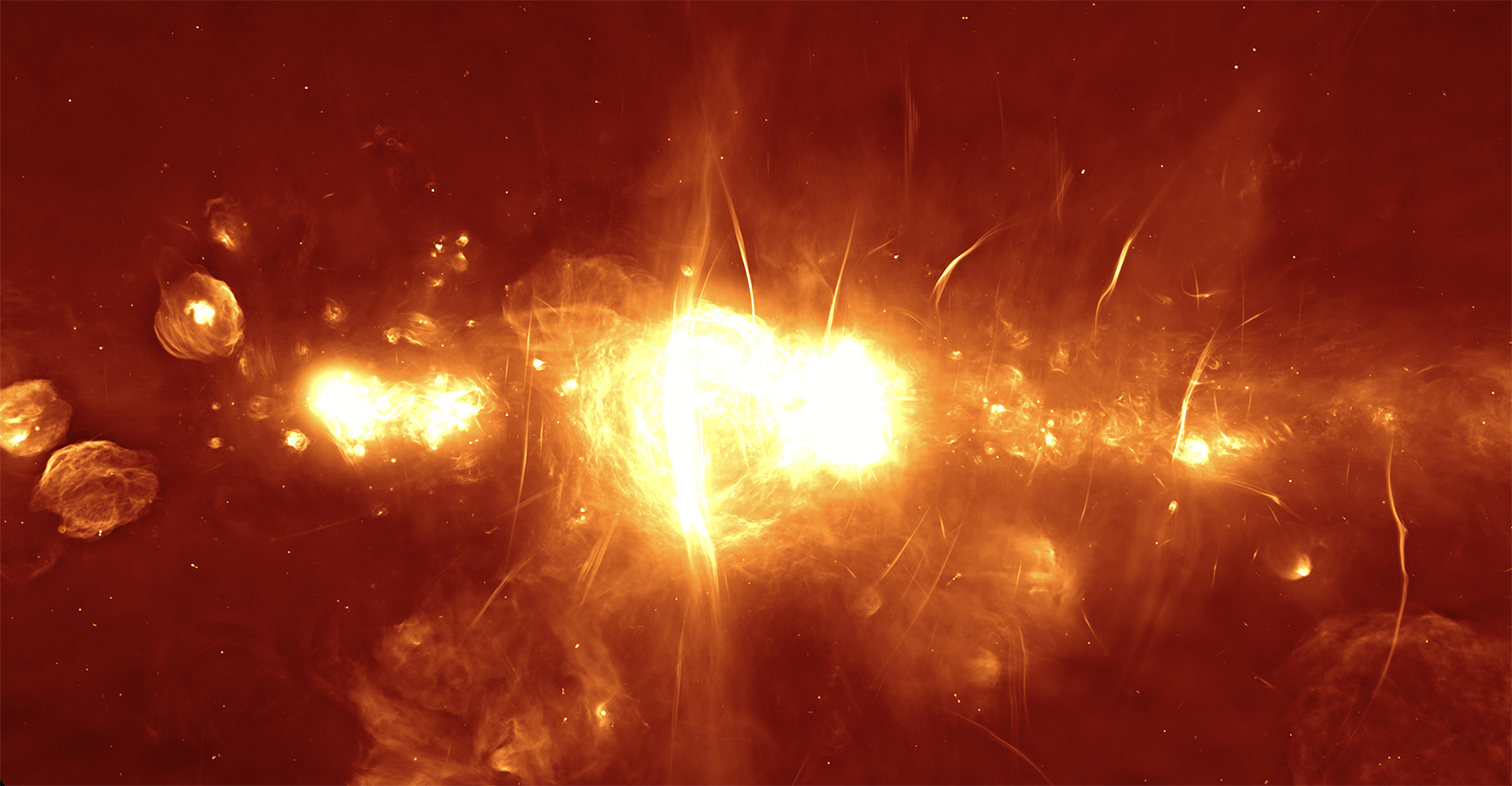 The colours here represent the brightness of the radio waves picked up by the telescope: ranging from red for faint emissions through orange and yellow to white for the strongest emissions.

While it looks like a fiery swirling mess, the image shows never-before-seen features, such as the compact sources of those long, magnetised filaments that come off the central region. It also provides a clearer view than ever before of previously known supernova remnants and star-forming regions.

The long and narrow filaments you can see in the image were first discovered in the 1980s, but their origin has remained a mystery. They’re seen near the central black hole of our galaxy, but nowhere else in the Milky Way.

“This image is remarkable”, says Farhad Yusef-Zadeh of Northwestern University in Evanston, Illinois, an expert on the filaments. “It could provide the key to cracking the code and solve this three-decade riddle.”

The centre of the Milky Way is incredibly hard to photograph, not only because it’s 25,000 light-years away, but also because it lies behind the constellation Sagittarius and is constantly enshrouded by clouds of gas and dust, making it invisible from Earth using optical telescopes.

But infrared, X-ray, and some radio wavelengths, like the ones MeerKAT detects, can penetrate this dust, providing a unique view of the region. The telescope’s location in South Africa is also ideal, with the Milky Way passing overhead and visible for almost 12 hours each day.

“We wanted to show the science capabilities of this new instrument”, says Fernando Camilo, chief scientist of the South African Radio Astronomy Observatory (SARAO), which built and operates MeerKAT.

“The centre of the galaxy was an obvious target: unique, visually striking and full of unexplained phenomena – but also notoriously hard to image using radio telescopes … Although it’s early days with MeerKAT, and a lot remains to be optimised, we decided to go for it – and were stunned by the results.”

A Mysterious New Breed of Tropical Cyclone Has Just Been Identified
The Y Chromosome Is Slowly Vanishing. A New Sex Gene Could Be The Future of Men
The Hunt For Signs of Intelligent Alien Life Just Got a Massive Boost
These Depressing Images Show What We’re Not Seeing in The Night Sky
When Corals Sleep For The Winter, Their Microbiome Restructures Itself