Since it was first launched on 24 April 1990, NASA’s Hubble Space Telescope has made more than 1.4 million observations of nearly 45,000 celestial objects. For its 29th birthday, NASA has singled out just one.

The Southern Crab Nebula is a tentacled monster of the Southern sky, located several thousand light-years from Earth in the constellation of Centaurus.

Its hourglass shape is the product of an ageing red star and a burned-out white star in the last phase of its life, scurrying sideways around one another in a dance to the death.

“The stellar duo, consisting of a red giant and white dwarf, are too close together to see individually in this view,” reads a birthday tribute from NASA.

“But the consequences of their whirling about each other are two vast shells of gas expanding into space like a runaway hot air balloon.” Though the structure is probably less than ten thousand years old, the crab is likely on its last legs. Like a moulting crustacean, the red star is in the process of also shedding its exterior; before long, it too will collapse, leaving a pair of white dwarf stars that will illuminate a shell of gas called a planetary nebula.

Embedded in a flat disk of gas stretching between them, these bubbles of gas and dust are pushed above and below the stars, creating an hourglass-shaped nebula and the long, thin tendrils that look like crab legs. 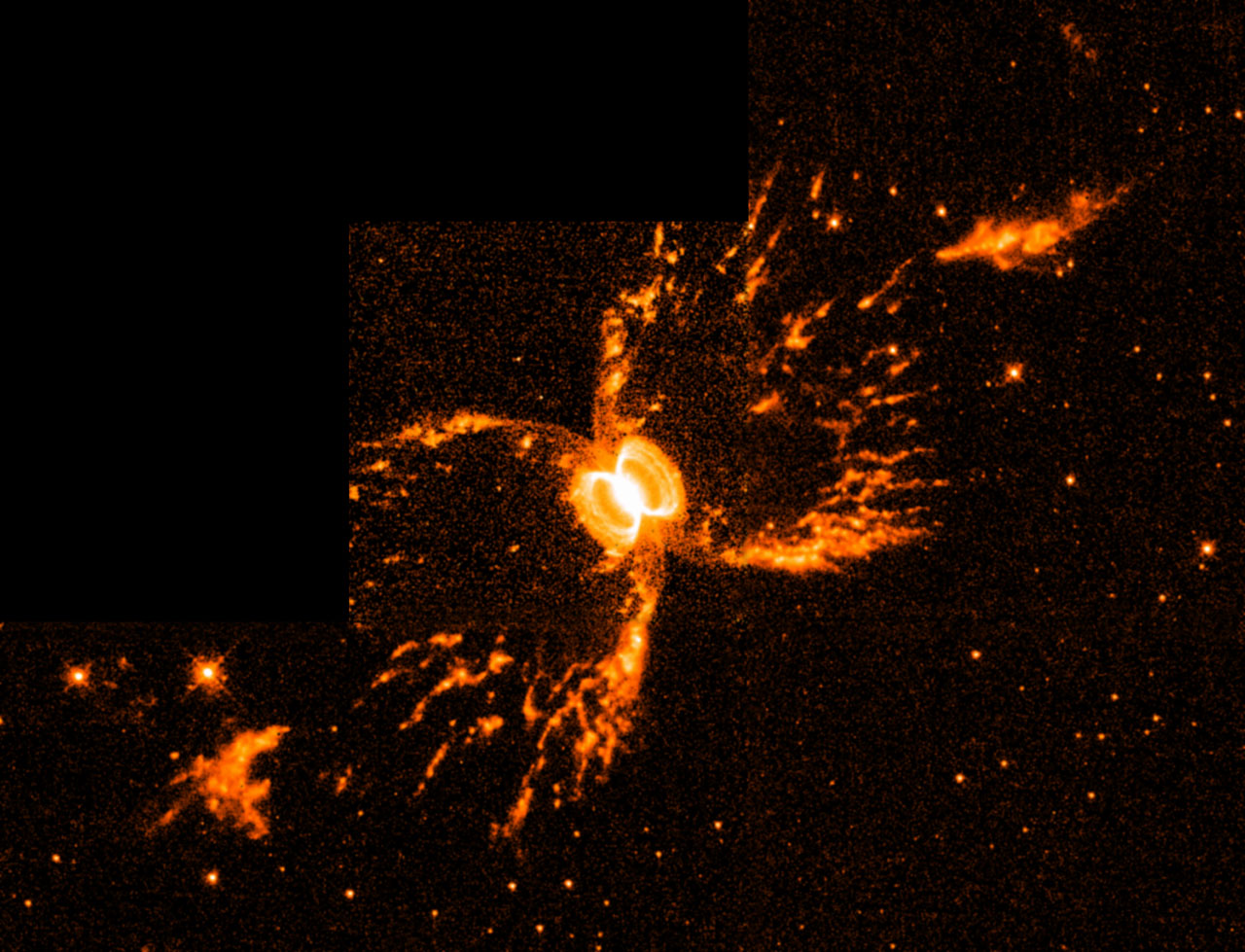 The birthday snap is a beautiful tribute to the power of persistence. When this particular celestial object was first written about in 1967, astronomers assumed it was an ordinary star.

It was only until Hubble observed the Southern Crab in 1999 that we were able to see the whole thing for what it truly is: a tempestuous duo. Twenty years later, Hubble has turned its eye to the same spot, if only to remember how much we’ve learned.

We Could Be Living And Working on The Moon by 2030, Says NASA
Octopus Brains Evolved to Share a Surprising Trait in With Our Brains
Ancient ‘Weird Wonders’ Could Be Leftovers From The Cambrian Explosion
It’s Official: Scientists Confirm a New Expanded Scale of Measurement
Volcanoes May Have Transformed Venus Into a Blistering Hellscape