NASA is recruiting applicants now for a year-long simulation of life on Mars, in which successful candidates will get a fully immersive sense of what it’s like to be an astronaut stationed on the red planet for a remote, long-duration mission.

This is no idle fantasy camp for wannabe space tourists, however.

The simulation missions – called Crew Health and Performance Exploration Analog (CHAPEA) – are serious stuff, designed as challenging trial-runs that reproduce all the hurdles and hardships that can be expected in an isolated Martian outpost.

“The analog is critical for testing solutions to meet the complex needs of living on the Martian surface,” says lead food technology scientist Grace Douglas from NASA’s Johnson Space Center in Houston.

“Simulations on Earth will help us understand and counter the physical and mental challenges astronauts will face before they go.”

Mars is calling! 📲 Applications are open to participate in a rare and unique opportunity: the first one-year analog mission in a habitat to simulate life on a distant world, beginning Fall 2022.

Think you have what it takes? Get more details: https://t.co/lXHklAqSGy pic.twitter.com/jCpGClcr77

The CHAPEA program encompasses three analog missions, the first of which is in the recruitment phase now, with the mission set to kick off in Northern Hemisphere autumn 2022. Follow-up analogs will take place in 2024 and 2025.

Other demands on their time will include exchanging communications (and experiencing communication delays), experimenting with virtual reality and robotic systems, and even potentially simulating spacewalks as part of their mission.

NASA has a long history of running analog missions, with its first terrestrial simulation taking place in Arizona in the late 1990s, and Mars is a common setting for these kinds of experiments in long-haul isolation.

But the new CHAPEA analogs will take things further than ever before, according to Jason Ballard, the co-founder and CEO of construction and technology company ICON, which is building the Martian home away from home.

“This is the highest-fidelity simulated habitat ever constructed by humans,” Ballard says.

“Mars Dune Alpha is intended to serve a very specific purpose – to prepare humans to live on another planet. We wanted to develop the most faithful analog possible to aid in humanity’s dream to expand into the stars.”

In Mars Dune Alpha, each crew member will get their own private quarters up one end of the habitat. Elsewhere the layout includes work areas, food-growing stations for crops, a medical bay, kitchen, fitness space, and shared living areas.

Lighting, temperature, and sound systems can all be customized, and much of the furniture is movable, to help the crew adjust things to their needs and requirements. 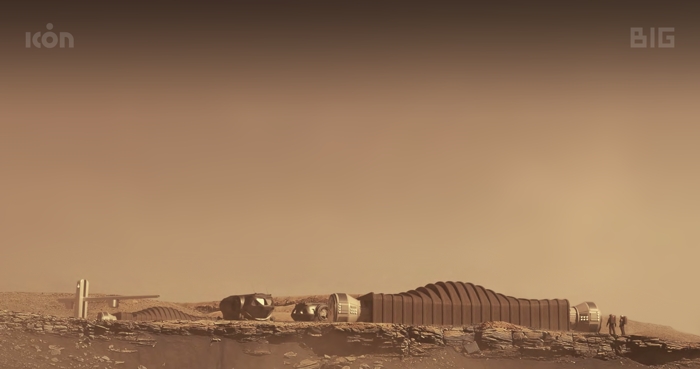 It sounds pretty great, but make no mistake: This is not a holiday. Not everything in Mars Dune Alpha is tweakable for convenience, and not every experience is opt-in.

“To obtain the most accurate data during the analog, the habitat will be as Mars-realistic as feasible, which may include environmental stressors such as resource limitations, isolation, equipment failure, and significant workloads,” a mission page on NASA’s website explains.

To be up to the task, NASA says it’s looking for healthy, motivated US citizens or permanent residents, aged 30 to 55, with a strong desire for adventure.

Successful candidates will be non-smokers, proficient in English, and will possess extensive experience in a relevant STEM field (including a master’s degree or equivalent, in addition to two years of professional experience), or have at least 1,000 hours pilot-in-command time on jet aircraft.

You’ll also need to be in good shape, so as to pass the space agency’s long-duration flight astronaut physical.

All told, it’s a pretty high bar to get into this program, but that reflects just how challenging these CHAPEA analog missions will be – and how seriously NASA takes this research.

But let’s face it: Unless you’re a billionaire, this right here is about your best ticket to space right now. It’ll be a very different kind of lockdown, at least.

Full instructions on how to apply, including additional details on eligibility criteria, are available here.

Mysterious ‘Zone of Uncertainty’ Inside The Brain Reveals a Surprise
This Island Appeared Out of Nowhere, With Life Forms Never Seen Before
Could ‘The Last of Us’ Ever Happen? The Real Risks of a Fungus Pandemic
Tiny Radioactive Object Goes Missing in Australia, Sparks Urgent Search
Intriguing Meteorite From Mars Reveals ‘Huge Organic Diversity’, Scientists Say