Back in January, the New Horizons spacecraft zoomed past the furthest object we’ve ever explored - Ultima Thule.

But before that, the team back on Earth managed to snap a few perfect pictures of the weirdly shaped Kuiper belt object.

The most detailed of those photos has just been released by the team.

“Getting these images required us to know precisely where both tiny Ultima and New Horizons were — moment by moment – as they passed one another at over 32,000 miles (51,500 km) per hour in the dim light of the Kuiper Belt, a billion miles beyond Pluto. This was a much tougher observation than anything we had attempted in our 2015 Pluto flyby.”

It’s only 31 km (19 miles) long, and is composed of two smaller bodies that are joined together.

Back before New Year’s, New Horizons took its first blurry photos of Ultima Thule, and since then, the little spacecraft has been beaming information back, and we’ve been treated to more and more images of this little BB-8 lookalike.

The most detailed photo was taken just six minutes before its closest approach at 12:33 am EST (05:33 UTC) on January 1. The spacecraft was 6,613 kilometres (4,109 miles) away from Ultima Thule when it snapped this shot.

“These ‘stretch goal’ observations were risky, because there was a real chance we’d only get part or even none of Ultima in the camera’s narrow field of view,” added Stern.

“But the science, operations and navigation teams nailed it, and the result is a field day for our science team! Some of the details we now see on Ultima Thule’s surface are unlike any object ever explored before.”

Below is a YouTube video of what the spacecraft saw.

The image of Ultima Thule at is most detailed below was created by nine individual photos and shows a resolution of around 33 metres (110 feet) per pixel. 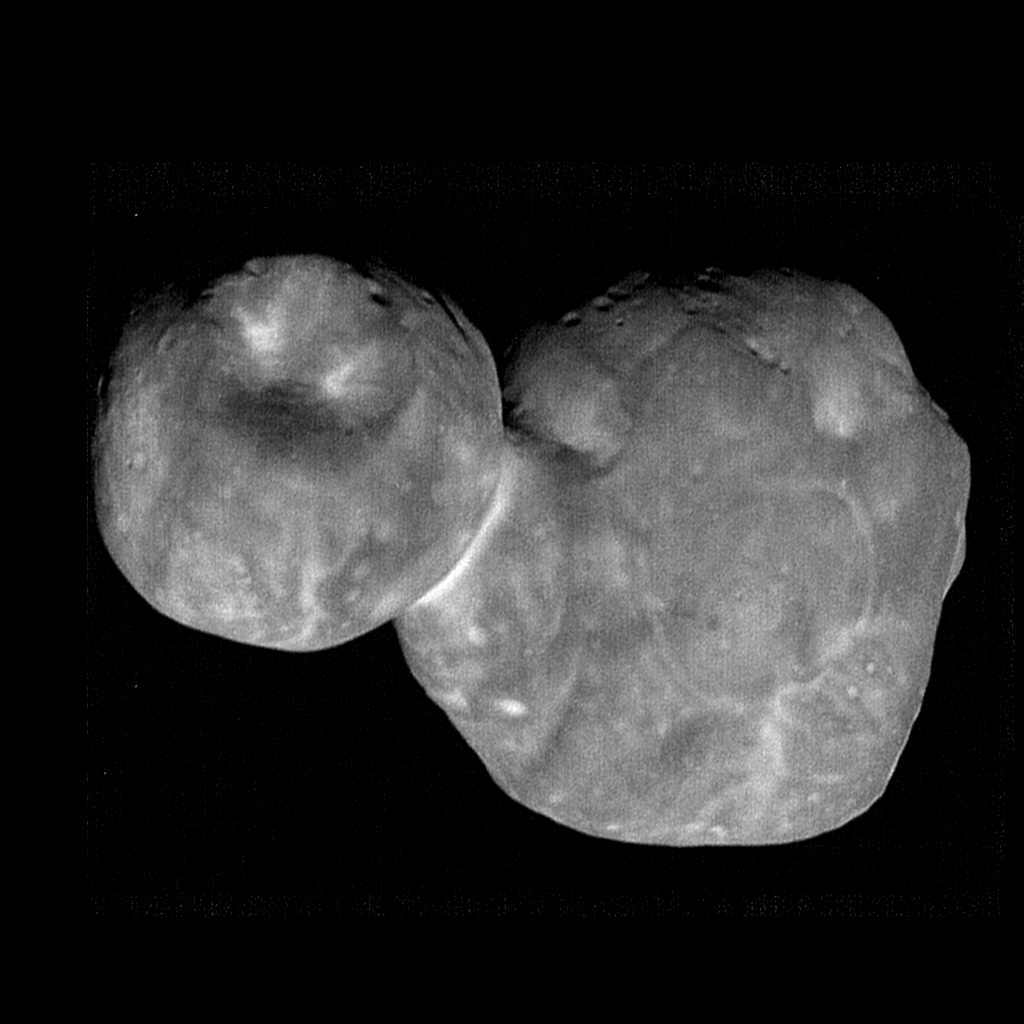 We believe in you, little spacecraft.

Astronomers Just Discovered a ‘Bear’ on Mars
This Physicist Says Electrons Spin in Quantum Physics After All. Here’s Why
Ripples in Space-Time Could Actually Reveal When Time Began
Scientists Create Shapeshifting Humanoid Robot That Can Liquefy And Reform
Archaeologists Find Hidden Ruins of ‘Complete’ Roman-Era City in Egypt