The most comprehensive and widely-held theory of how the Moon formed is called the ‘giant impact hypothesis.’ That hypothesis states that about 150 million years after the Solar System formed, a roughly Mars-sized planet named Theia collided with Earth.

Though the timeline is hotly-debated in the scientific community, we know that this collision melted Theia and some of Earth, and that molten rock orbited around Earth until it coalesced into the Moon.

But now a new study, though not contradicting the giant impact hypothesis, is suggesting a different timeline, and an older Moon.

New research from scientists at the University of Cologne’s Institute of Geology and Mineralogy suggests that the Moon is older than the giant impact hypothesis says it is.

This is important work because understanding the age of the Moon helps us understand the age of the Earth. And this type of study can only be done with Moon rocks because they’re largely unchanged since the time of formation.

Earthly rocks have been subjected to geological processes for billions of years and don’t provide the same type of pristine record of formation that Moon rocks do.

The study is titled “Early Moon formation inferred from hafnium-tungsten systematics,” and is published in Nature Geoscience.

The evidence stems from the relationships between two rare elements: halfnium (Hf) and tungsten (W; it used to be known as wolfram.) It’s focused on the amounts of the different chemical elements that are in rocks of different ages. 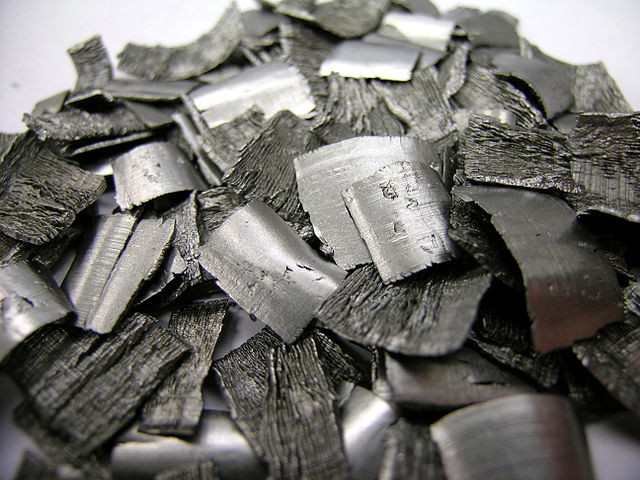 “By comparing the relative amounts of different elements in rocks that formed at different times, it is possible to learn how each sample is related to the lunar interior and the solidification of the magma ocean,” said Raul Fonseca, from the University of Cologne.

Together with his colleague, and co-author of the study Felipe Leitzke, they do laboratory experiments to study the geological processes that occurred in the Moon’s interior.

After Theia struck Earth and created a swirling cloud of magma, that magma cooled and formed the Moon. After the collision, the newly-born Moon was covered in magma. As the magma cooled, it formed different types of rocks.

Those rocks contain a record of that cooling scientists are trying to recover.

“These rocks recorded information about the formation of the Moon, and can still be found today on the lunar surface,” says Dr. Maxwell Thiemens, former University of Cologne researcher and lead author of the study.

There are black regions on the surface of the Moon called mares, which means ‘seas’ in latin. They’re large formations of basaltic, igneous rock.

The scientists behind the study used the relationship between uranium, halfnium, and tungsten to understand the melting that created the Moon’s mares. Because of the precision of their measurements, they identified distinct trends among the different suites of rocks. Halfnium and tungsten provide scientists with a natural clock contained in the rock itself, because over time the hafnium-182 isotope decays into tungsten 182.

But that decay didn’t go on for ever; it only lasted for the first 70 million years of the Solar System’s life. The team compared the Apollo samples with their laboratory experiments and found that the Moon already started solidifying as early as 50 million years after solar system formed. “This age information means that any giant impact had to occur before that time, which answers a fiercely debated question among the scientific community regarding when the Moon formed,” adds Carsten Münker from the UoC’s Institute of Geology and Mineralogy, senior author of the study.

Peter Sprung, co-author of the study, adds: “Such observations are not possible on Earth anymore, as our planet has been geologically active over time. The Moon thus provides a unique opportunity to study planetary evolution.”

It’s amazing that the rocks collected during Apollo 11 fifty years ago are still yielding evidence like this. The team’s extremely precise measurements are based on inductively coupled plasma mass spectrometry, something that wasn’t possible in Apollo’s time.

The astronauts that collected the samples couldn’t have known this, but those rocks are still teaching us not only about the Moon, but about the age of the Earth itself.

Astronomers Spot The Biggest Galaxy Ever, And The Scale Will Break Your Brain
‘Holdout Humans’: Chilling Glimpse Into Our Future if We Survive Another Million Years
The World’s Largest Active Volcano Is Erupting For The 1st Time in 38 Years
Crocodiles Seem to Be Thriving in a Toxic River That’s More Like a Sewer. Here’s Why
SpaceX Is Preparing to Launch The World’s First Private Lunar Lander