The most distant object humanity has ever visited looks something like a spinning snowman or hourglass that’s lost in space.

Researchers who work on NASA’s nuclear-powered New Horizons mission released a movie on Tuesday showing the rotation of the mountain-size rock, which is known formally as (486958) 2014 MU69.

During the flyby, the probe took a series of images that revealed its shape and spin. The following animation takes 13 individual photos recorded by New Horizons over seven hours. The earliest image in the sequence was taken from a distance of about 310,000 miles (499,000 kilometres) and the last from about 17,100 miles away (27,500 kilometres).

“The rotation period of Ultima Thule is about 16 hours, so the movie covers a little under half a rotation,” according to a press release from Johns Hopkins University Applied Physics Laboratory, which helps run the New Horizons mission.

The Applied Physics Laboratory added that “the New Horizons science team will use these images to help determine the three-dimensional shape of Ultima Thule, in order to better understand its nature and origin.”

In addition to the movie above, the New Horizons team released the following clip.

This animation uses the same images, but artificially enlarges the smallest pictures of Mu69 to match the size of the largest picture. This shows its 16-hour rotation as a smoother sequence.

However, these grainy images are just a fraction of what New Horizons will send back to Earth over the next two years.

Why New Horizons’ data is so important


After New Horizons achieved the first-ever visit to Pluto in July 2015, it coasted farther into a zone called the Kuiper Belt.

In this cold and icy region, sunlight is about as weak as the light from a full moon on Earth. Frozen leftovers of the Solar System’s formation, called Kuiper Belt objects (KBOs), lurk in vast numbers.

Pluto is one of them, but MU69 is the most pristine and primitive objects humanity has ever studied up-close. It might have been a comet with a brilliant tail had it been tossed toward the Sun, but instead the rock has stayed in its distant, freezing-cold orbit for billions of years.

“Any time we see comets, we have to remember that they’re post-toasties; they have been fired, crackled, and crunched by the Sun.

MU69’s pristine state, therefore, means it could help solve some longstanding mysteries about the Solar System’s 4.5 billion years of history. And the data acquired by New Horizons will likely reveal new clues about how planets like Earth formed.

For example, Alan Stern, who leads the New Horizons mission, said on January 2 that scientists had already figured out that MU69 is technically a contact binary, or “two completely separate objects now joined together.”

It has also been called a bi-lobate comet – though one that’s never journeyed close to the sun.

“This is exactly what need to move the modelling work on planetary formation forward, because we’re seeing evidence – right here – of accreting objects, and then having them combine,” Cathy Olkin, a deputy project scientist on the New Horizons mission, said during a press conference earlier this month.

Moore added that when we see comets, we may be “looking at smaller versions of very badly damaged contact binaries.”

Stern has compared this new source of information to archaeological discoveries.

“It’s like the first time someone opened up the pharaoh’s tomb and went inside, and you see what the culture was like 1,000 years ago,” he said. “Except this is exploring the dawn of the Solar System.” 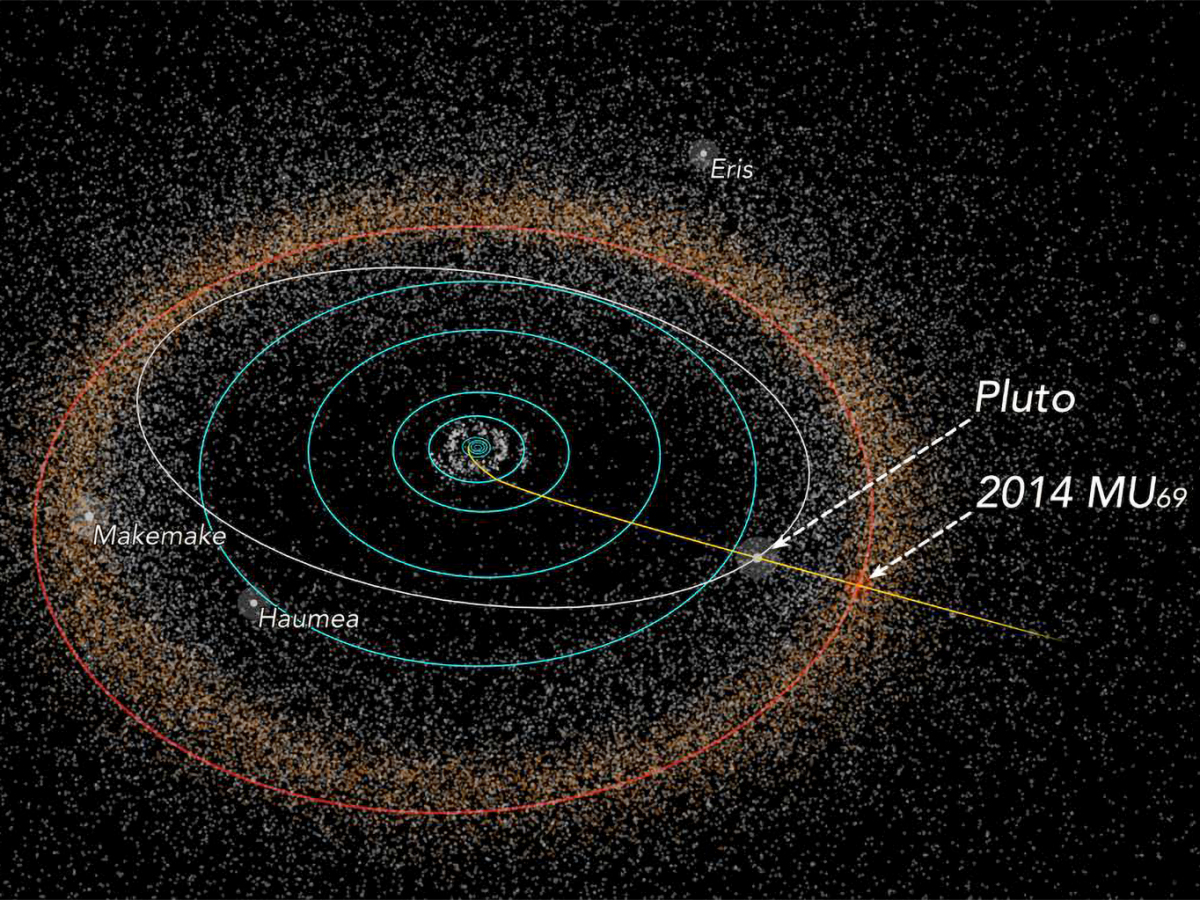 NASA scientists now have to wait for data

As with New Horizons’ flyby of Pluto several years ago, researchers on the mission must now play a waiting game for more images and scientific data.

Because of New Horizons’ hardware and location, each small or low-resolution picture the probe took required about two hours to transmit. Then each bit of data, moving at the speed of light as radio waves, took about six more hours to reach antennas on Earth.

So it will take far longer to get the most detailed, full-resolution images – and perhaps 20 months to download all of the MU69-flyby data.

Never Shower During a Thunderstorm. A Physicist Explains Why
There’s Another Way To Use Boomerangs That Most People Don’t Know About
Jupiter’s Ice Moon Europa Probably Has Upside Down, Underwater Snow
‘Extreme Heat Belt’ to Snare 100 Million Americans in Decades, Scientists Warn
A Snake-Lover Built Robotic Legs For a Snake, and It’s Insane