While artificial intelligence systems continue to make huge strides forward, they’re still not particularly good at dealing with chaos or unpredictability. Now researchers think they have found a way to fix this, by teaching AI about physics.

To be more specific, teaching them about the Hamiltonian function, which gives the AI information about the entirety of a dynamic system: all the energy contained within it, both kinetic and potential.

Neural networks, designed to loosely mimic the human brain as a complex, carefully weighted type of AI, then have a ‘bigger picture’ view of what’s happening, and that could open up possibilities for getting AI to tackle harder and harder problems.

“With the Hamiltonian, the neural network understands underlying dynamics in a way that a conventional network cannot. This is a first step toward physics-savvy neural networks that could help us solve hard problems.”

The researchers compare the introduction of the Hamiltonian function to a swinging pendulum – it’s giving AI information about how fast the pendulum is swinging and its path of travel, rather than just showing AI a snapshot of the pendulum at one point in time.

If neural networks understand the Hamiltonian flow – so where the pendulum is, in this analogy, where it might be going, and the energy it has – then they are better able to manage the introduction of chaos into order, the new study found.

Not only that, but they can also be built to be more efficient: better able to forecast dynamic, unpredictable outcomes without huge numbers of extra neural nodes. It helps AI to quickly get a more complete understanding of how the world actually works. 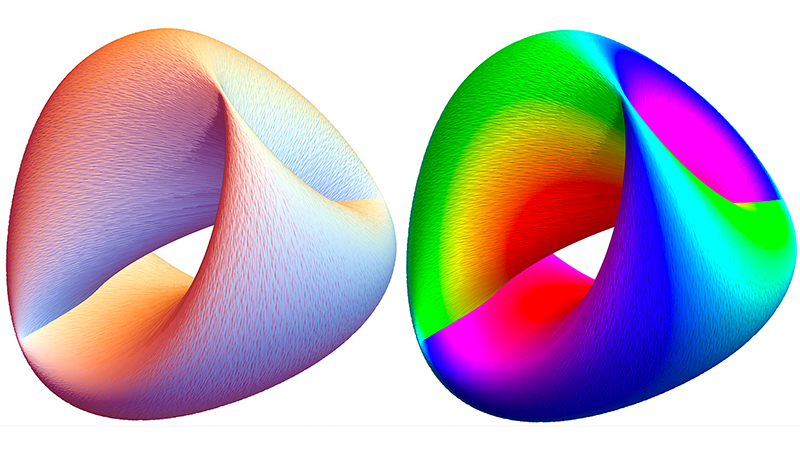 To test their newly improved AI neural network, the researchers put it up against a commonly used benchmark called the Hénon-Heiles model, initially created to model the movement of a star around a sun.

The Hamiltonian neural network successfully passed the test, correctly predicting the dynamics of the system in states of order and of chaos.

This improved AI could be used in all kinds of areas, from diagnosing medical conditions to piloting autonomous drones.

“If chaos is a nonlinear ‘super power’, enabling deterministic dynamics to be practically unpredictable, then the Hamiltonian is a neural network ‘secret sauce’, a special ingredient that enables learning and forecasting order and chaos,” write the researchers in their published paper.

The research has been published in Physical Review E.

Researchers are figuring out why some people can ‘hear’ voices of the dead
Skin mites that mate on our faces at night are slowly merging with humans
This weird star survived a supernova only to shine even more brightly than before
A Large-Scale Experiment Used Human Pee to Fertilize Crops. Here’s What Happened
Astronomers unveil the most detailed map of the metal asteroid Psyche yet