The newly launched Nokia 9 PureView has something no other smartphone has: a five-camera array on the back. But before the handset has even got into people’s hands, there are claims that it’s triggering trypophobia – a fear of clusters of small holes.

While those with trypophobia will no doubt try their best to avoid buying the Nokia 9, they might not be able to avoid having their photo taken with one of these new handsets.

The sight of the cluster of five cameras (photo below) – plus a flash and proximity sensor – on the Nokia 9 could be deeply unsettling for them. The phone is one of several that’s been unveiled at the Mobile World Congress tech expo in Barcelona this week.

“When a person takes a picture of you, the camera on this phone could fall roughly at a distance and alignment which could trigger a trypophobic response,” psychologist Geoff Cole, from the University of Essex in the UK, told the Metro.

“The pattern of the camera really does have the structure to cause trypophobia.” 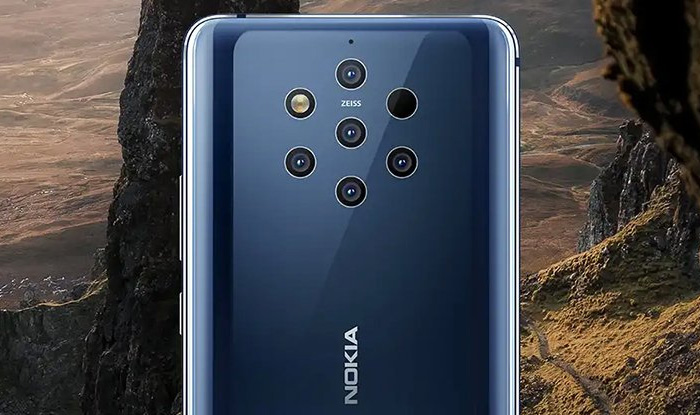 In 2013, Cole and colleagues actually described trypophobia in a peer-reviewed journal, noting that it hadn’t been described in the scientific literature before.

Around 16 percent of people are said to experience it to varying degrees, although some experts reckon it’s not actually a ‘true’ phobia at all: based on pupil response, it may well be a response of disgust rather than fear.

Previous studies have shown trypophobia could be triggered because little groups of holes resemble the process of decomposition, infestation, and infection.

Another potential explanation is that there’s a fixed structure to these patterns, matching the markings on the predators and poisonous animals we’re hard-wired to avoid.

“Some people are so intensely bothered by the sight of these objects that they can’t stand to be around them,” psychologist Stella Lourenco from Emory University in Atlanta, who has studied the link between trypophobia and disgust, said last year.

“The phenomenon, which likely has an evolutionary basis, may be more common than we realise.”

We’ve seen trypophobia triggered by strawberries and soap bubbles before, but this is a first for a phone. Considering the trend for mobile devices to add more and more lenses to their camera arrays, perhaps it’s a problem we should have seen coming.

And while several people made the connection to trypophobia even before the phone was announced, so far Nokia brand owner HMD Global has remained silent on the matter. Judging from some of the reactions on Twitter, the camera cluster is enough to put off several potential buyers.

The five lenses reportedly help the Nokia 9 capture details in highlights and shadows like never before on a phone: each sensor can take 12MP photos, two in colour and the other three in monochrome for added light capture, with the results then combined for a finished photo.

Despite those photographic chops, it’s perhaps one to avoid if you or someone you know has problems with trypophobia. Maybe another innovative smartphone out of MWC 2019, the foldable Huawei Mate X, would suit you better.

This Species of Carnivorous Plant Evolved Into a Toilet And Is Now Winning at Life
Scientists Reveal The Most Distant Galaxy We’ve Ever Found
JWST Has Found Life’s Elemental Building Blocks in The Depths of Darkest Space
Tiny Radioactive Object Goes Missing in Australia, Sparks Urgent Search
Shooting Tiny, High Speed Bullets at a Spacecraft Could Speed Up Travel to The Stars