It’s a goal that sounds so fantastic, you’d be forgiven for dismissing it as science fiction. But it’s no joke, and the project’s chief engineer says millions of dollars’ worth of work is moving along without any major snags.

Starshot’s founders and collaborators include the late Stephen Hawking, Harvard University astronomer Avi Loeb, and Russian-American billionaire Yuri Milner. The concept is based on more than 80 scientific studies about interstellar travel.

Milner and other Silicon Valley investors have even paid US$100 million to cover the first 10 years of research and development.

“They had us go and study a whole range of different approaches of how would we send an object to [another star],” Peter Klupar, the engineering director of the nonprofit Breakthrough Foundation and its Starshot initiative, told an audience at the Economist’s Space Summit on November 1.

“We ended up deciding that the only credible way to do it today was building a large laser based in probably Chile.”

The project hopes to propel roughly 1,000 tiny “StarChip” spacecraft toward Alpha Centauri, the second-closest star system to Earth, at 20% of light-speed (about 134 million mph). Each “chip” would weigh 1 gram or less.

Another destination under consideration is Proxima Centauri, which is even closer to Earth and may have a habitable planet.

In either case, StarChips may start careening out of the solar system in the mid-2030s. Each one would accelerate to its insane cruising speed within minutes, thanks to the mighty laser blast beamed into space from Earth.

But Klupar noted that a 100-gigawatt laser “beamer” would be powerful enough to “ignite an entire city in minutes” if it were reflected off a mirror in space and back to Earth.

Vaporizing cities is not the goal of Starshot, of course.

Rather, if the plan works out, camera-wielding Starchips could send humanity the first close-up photos of Earth-size worlds by the 2060s. (The voyage would take about 25 years, then receiving data would take another 4-plus years depending on the destination.)

Starshot was unveiled in 2016, and Klupar said work on the project since then has moved right along.

“You would think that this is all impossible, but we have folks at Caltech and the University of Southampton and Exeter University working on about 50 contracts on making all [of] this happen,” Klupar said.

“No one has come up with a deal-breaker that we can find yet. It all seems real.”

Klupar and others are not deluding themselves about Starshot’s many hurdles. Even the project’s own studies regularly make room for dead ends.

Some of the internal research frets about the potentially untenable cost of building a laser facility. Other papers analyze the concept of a “light sail”: the device that would need to “catch” the laser beam and convert its energy into motion.

Some researchers question whether such a sail would fall apart when faced with the heat or mind-numbing acceleration (about 60,000 times the force of gravity on Earth’s surface). There’s also a risk that the sail could steer a StarChip wildly off-course.

“The sail is very thin. It’s about 400 atoms thick, it weighs about a half a gram, and it’s four meters in diameter,” Klupar said. “I think of it as ‘reflective smoke.'”

There’s also the pesky issue of gas and dust that lurk between stars; such material could blast a fast-moving spacecraft into robotic Swiss cheese.

Nevertheless, Starshot engineers and scientists either see ways around all these issues (such as accepting that a majority of spacecraft won’t make it) or figure that future technological advancements could solve many of the problems within a couple of decades.

As an example of demonstrable progress, Klupar highlighted experimental 4-gram satellites, called “sprites,” built and tested by Cornell. In June 2017, a fleet of six sprites rode into space aboard an Indian-built rocket.

“This first one was just a stunt just to see if it’d work,” Klupar said. The launch was a success — the sprites used a temperature sensor and relayed the data to Earth along with a radio “beep” signal.

Such tiny spacecraft could be seen as a precursor to StarChips, Klupar said.

“It feels a lot like the way CubeSats felt 20 years ago,” he said, referring to roughly fist- to breadbox-size spacecraft that are pervasive today.

“People were saying, ‘Those are toys, they’re never going to develop into anything, there’s no way I can see that ever working,'” Klupar said. “And today and look them: Hundreds of millions of dollars is being spent [on CubeSats].”‘

Starshot aims to launch more 4-gram sprites next year, though with some significant improvements that will be essential to developing a StarChip.

We’re going to put cameras on there, and we’re going to start to put all kinds of devices on them,” Klupar said.

‘You can get to Mars in days’ 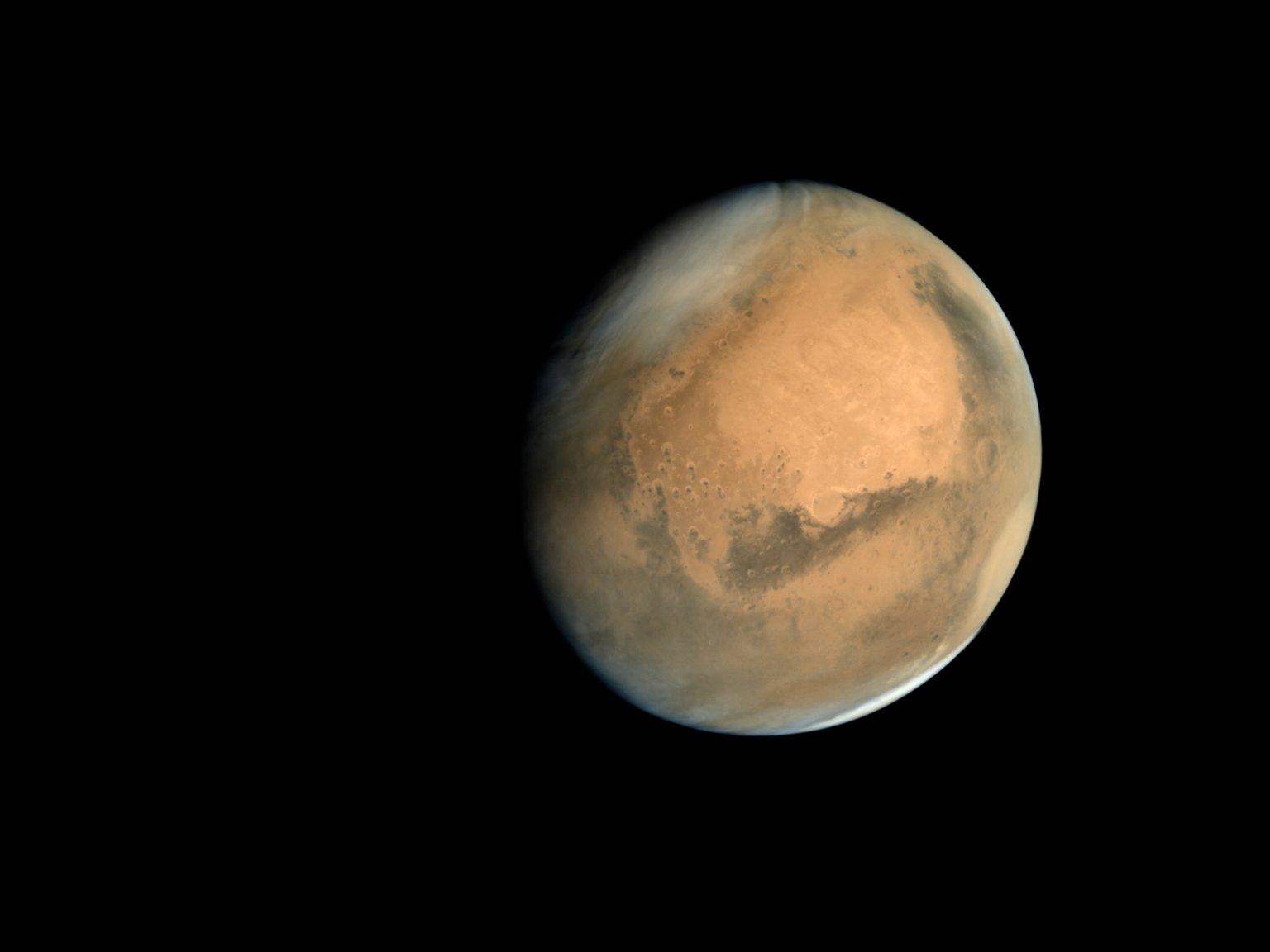 Klupar said Starshot’s next five years of work is devoted to “learning how to put together these systems so that they actually operate” in the way Starshot envisions them.

But before Starshot reaches for the Centauri star systems, it has a much closer target: the solar system.

Around the year 2030, the project hopes to build a 1-gigawatt laser-beaming base station somewhere in the Sierra Nevada mountains (assuming it secures more funding).

Such a facility would then test the concepts of laser-powered interstellar StarChip missions, but at a cost about 10 times less. The ideas is to propel probes past planets, moons, asteroids and more at 1 percent the speed of light.

“It turns out that with a 1-gigawatt system and a 10-meter sail, you can get to Mars in days, or get to Jupiter in weeks, or get to Pluto in months,” Klupar said. (By contrast, it took NASA’s New Horizons probe about nine years to reach Pluto.)

Klupar estimated the whole effort would cost about $1 billion, with most of the investment devoted to the laser-beamer. Once that facility is built, though, simple and frequent deep-space exploration could be relatively cheap.

An illustration of a Starshot “nanocraft” sailing toward a distant star using a powerful laser beam. Breakthrough Prize

According to a preliminary study by a Starshot researcher, each “launch” of a StarChip across the solar system may cost tens of thousands or just thousands of dollars.

That estimate assumes optimistic decreases in the cost of lasers, energy, and energy storage, but it’s still far cheaper than the $1 billion or so typically required to send a robot to another planet.

The StarChip variant designed for our solar system would be about 100 grams, Klupar said — about 100 times more massive than the interstellar kind. But he added that launching any StarChip would require many nations to be involved and approve of the effort.

That’s because shooting a 1-gigawatt laser into space is not only bright, but could damage passing satellites (which could especially be an issue for planned satellite-internet constellations like SpaceX’s Starlink project.)

With the interstellar Starshot effort, the need for global collaboration is even more important.

“The 100-gigawatt laser can be seen across the galaxy. It will be brighter than the sun,” Klupar said.

Such a powerful laser blast would turn Earth into a brilliant beacon that loudly broadcasts “intelligent life exists here” to any alien civilization that happens to be staring down the figurative barrel.

“We’re not really doing this just for one group of people,” he said. “It’s also the whole planet.”

Scientists Create Shapeshifting Humanoid Robot That Can Liquefy And Reform
Scans of Mummified ‘Golden Boy’ Reveal He Was Covered in Magical Protections
New NASA Nuclear Rocket Plan Aims to Get to Mars in Just 45 Days
Physicists Break Record Firing a Laser Down Their University Corridor
Bacteria Can Use Plastic Waste as a Food Source, Which Isn’t as Good as It Sounds