Humans are going places. NASA’s newest plan is to launch crewed missions to Mars in the 2030s, and we’ll need the most advanced and reliable space technology to help get us there safe and sound.

That’s where HAL 9000 – the villainous, insane killbot from 2001: A Space Odyssey – comes in. Believe it or not, sci-fi’s most notorious murder machine was the inspirational basis for a new HAL-like cognitive computer system designed to autonomously run planetary space stations for real one day.

Putting those psychological flaws aside, the iconic character’s advanced computational power and scope made a vivid impression on Bonasso half a century ago.

“I saw Stanley Kubrick’s 2001: A Space Odyssey in my senior year at West Point in 1968,” Bonasso recalls in a new paper outlining the research.

Back then, the engineering student only had access to a single computer (the whole university only had one): a General Electric 225 with just 125 kilobytes of memory.

Despite the machine’s limitations, Bonasso figured out how to program it to play games of virtual pool, but witnessing HAL was a revelation on a whole other level.

Decades later, the programmer has effectively achieved just that.

The AI prototype developed by Bonasso has so far only managed a planetary space station in a simulation lasting four hours, but initial results are promising: in the experiment, zero virtual astronauts were ruthlessly double-crossed and slaughtered. 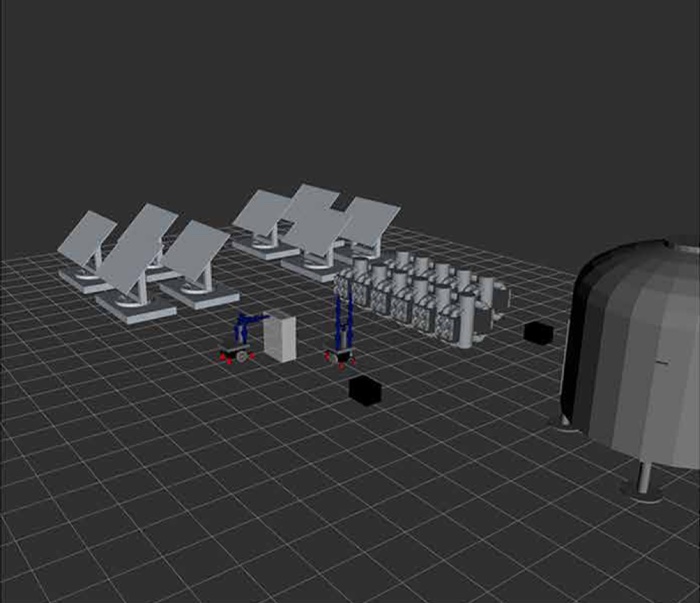 “Our colleagues and NASA counterparts are not concerned that our HAL might get out of control,” Bonasso explained to Space.com.

“That’s because it can’t do anything it’s not programmed to do.”

What CASE can do is plan and control activities and technological operations to keep a colony base running around the clock.

The system is made up of three layers. The first controls hardware, such as life-support systems, power systems, planetary rovers – and, theoretically – pod bay doors.

The second layer executes the software to run this hardware infrastructure, while the third computes solutions around daily goals, including routine maintenance and tasks around the station, and also responding to any emergencies as they arise, such as gas leaks, broken motors, or planetary dust storms.

Presumably, CASE’s third layer also kicks in if something like a haunting alien monolith unexpectedly pops up near the colonists, although the paper makes no mention of such an eventuality.

In addition to the layer system, the agent also features an ontological system capable of reasoning and making judgements about the data (knowledge) it possesses, and interfaces by which humans can interact with the AI, including visual displays and a dialogue manager that responds to speech.

Of course, most of this functionality is contained with a prototype that only exists virtually at present, but Bonasso and his fellow researchers at TRACLabs – who research systems for clients like NASA and other government agencies – hope to bring testing into the real world soon.

“We are working with what NASA calls analogues, places where humans get together and pretend they are living on a distant planet or the Moon,” the paper explains.

“We hope to slowly, piece by piece, work CASE into one or more analogues to determine its value for future space expeditions.”

The thinking goes, if such real-world testing with CASE proves a success – and if this HAL-spawn gets deployed to the Moon or Mars – it would “already have a good starting point for supporting a human crew”, Bonasso writes.

Again, there’s seriously no need to be concerned about any of this. Really. Honest.

There are strict limits on this system, what it can do, and what it knows.

“Its capability is very narrow, focussed on events occurring on a planetary base,” Bonasso told Space.com.

“While it can keep the life support systems running, it has no idea who won the last presidential election.”

The findings are reported in Science Robotics.

The Mysterious Asymmetry of Jupiter’s Asteroids May Finally Be Explained
Astronomers Studied More Than 5,000 Black Holes to Figure Out Why They Twinkle
Bigfoot Has a Very Simple Explanation, Scientist Says
Astronomers Find What May Be a Habitable World 31 Light-Years Away
Incredible Footage Shows Planets Circling a Star Light-Years Away